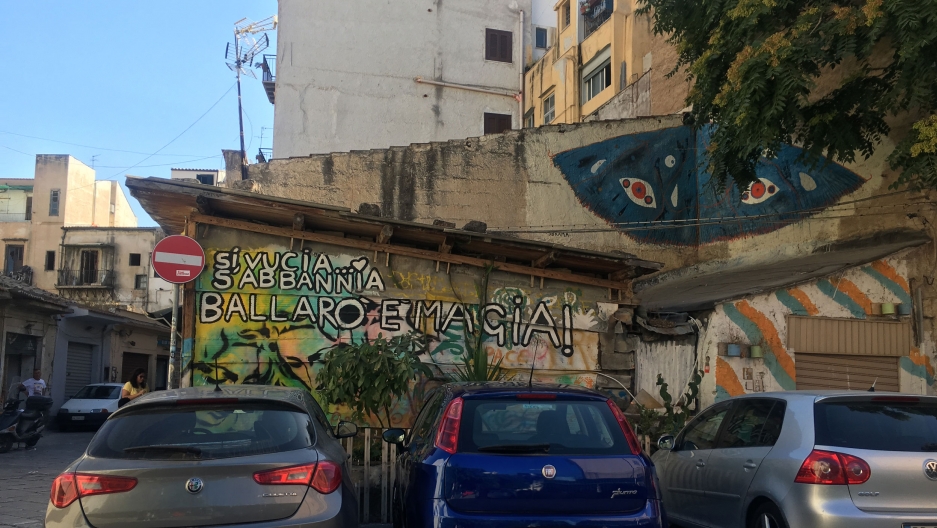 Nayeem’s business is located in Ballarò market, a famous street market in Palermo, Italy, where migrant shop-owners decided to confront the Mafia. The grafitti on the wall reads, "Rumors has it, people shout that Ballarò is magic!"

For 10 years, Nayeem, a shop owner from Bangladesh, paid a pizzo, or "protection money," to the local Mafia in Palermo, Sicily. But one day in 2016, he decided: no more. Along with 10 other migrant business owners, Nayeem, who asked to go by a pseudonym as his case is still going through the courts, went to the police.

It was the first case in Sicily where migrant shop owners decided to confront the Mafia and inform the authorities.

And it’s not the only way the two groups have met. The Mafia has been linked with corrupt practices at migrant reception centers in Italy. Now, recent news reports talk about a new mafia encroaching on the territory of the Sicilian Mafia — the so-called “Nigerian mafia.”

Nayeem’s business was located in Ballarò market, a famous street market in an ethnically diverse neighborhood of Palermo. The threats started around 2006.

“In the very beginning, they put glue at the main entrance, or they broke the door,” Nayeem said.

Putting glue in the locks of doors is a common tactic used by the Mafia to intimidate store owners.

The Mafia’s message is that they can control the business if they wish. Initially, Nayeem wasn’t sure who was behind the attacks but when he talked to neighboring shop owners, it became clear the Mafia was targeting him. Next, some of its members started turning up outside his store, behaving aggressively towards his customers. One day he said they asked him, “How do you expect to survive if you don’t pay the pizzo?”

After that, Nayeem began to pay. Some weeks it was 10, or 20 euros, other weeks, 50 euros. Paying the pizzo is common practice in Sicily. In the '90s, up to four-fifths of businesses would pay up. With the arrival of Addiopizzo, a grassroots movement that works with businesses to stand up to the Mafia, that figure has dropped to around 50%. When Nayeem heard about the work of Addiopizzo, he inquired whether they could help him and fellow migrant business owners. Chiara Utro, an Addiopizzo spokesperson, said the call was unexpected.

“We are in Palermo for more than 10 years. For the first time, foreign people knocked at our door asking for some help.”

Addiopizzo advised them to unite and go to the police collectively to issue a formal complaint. The movement said it encourages businesses to act collectively to prevent the Mafia from targeting individuals. The strategy worked: Shortly afterward, the police arrested nine members of the Mafia and charged them with a series of offenses, including extortion, robbery, arson and assault. 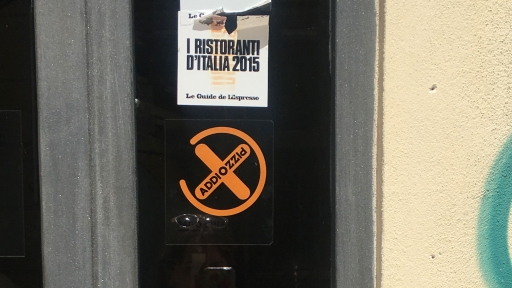 Restaurants display the Addiopizzo sign on their doors to show they don’t support the Mafia.

Just how powerful is the Cosa Nostra?

Utro said demanding a pizzo is not just about the money, though.

“It’s a cultural and social matter," she said. "The Mafia ask for protection money not to become richer but to become more powerful over the territory.”

There has been speculation about just how powerful the Sicilian Mafia, or La Cosa Nostra, as it’s known, has become in recent years.

Mayor of Palermo Leoluca Orlando said he believes the Mafia has lost power over the city. Orlando is more familiar than most with the workings of the Cosa Nostra. In the early '90s, he was a leading figure in the city’s fight against the Mafia. He has been mayor of Palermo on and off for over three decades, and during the Mafia’s bloodiest years, he traveled in an armored car, surrounded by bodyguards. Today, he has two bodyguards but said he no longer lives in fear.

“The chief of police says I’m at risk. But you cannot make a comparison with before. In the past, I had many bodyguards, a helicopter, an ambulance, a secure car.”

Orlando is aware of reports about the “Nigerian mafia,“ and said he worried that it was being used to paint a negative picture of all Nigerians living in Sicily. Far-right Deputy Prime Minister Matteo Salvini, who regularly uses strong anti-immigrant rhetoric, has tweeted on a number of occasions about the so-called “Nigerian mafia.”

Sicilian photojournalist Francesco Bellina has been following the activities of the Mafia for some years. Before moving to Palermo, Bellina lived in Trapani, close to the small town of Castelvetrano. It’s the birthplace of Matteo Messina Denaro, the Cosa Nostra’s most powerful and elusive boss. Bellina grew up aware of the Mafia’s activities from a young age.

“In my family, I have a lot of relatives who are policemen, or former policemen, who have been involved in the big war against the Mafia.”

He said he sometimes felt threatened for the work he did, but not like other Sicilian journalists who were forced to move to Rome or leave Italy altogether. In the last couple of years, Bellina has followed the work of migrant drug dealers and pimps in Palermo. These are the people who politicians and some members of the media are calling the “Nigerian mafia.” But Bellina said the term isn’t accurate or fair. These dealers are not moving in on the territory of the Sicilian Mafia, he said, but rather working for them or doing the jobs the Sicilian mobsters won’t do.

“There’s an ethic code for mafia," he said. "Since I was a child, I remember that nobody can sell the heroin, for example. They need someone that will sell the drug for them.”

Related: The struggles of migrant youth in Sicily

Bellina also points out that many of the drug dealers are in fact not Nigerian at all, but come from Ghana, The Gambia and other parts of West Africa. While Nigerians in Sicily have been arrested in relation to human trafficking and prostitution, this is not an area in which the Cosa Nostra is involved. Unlike Orlando, he believes the Sicilian Mafia is stronger than ever. Only now they are less visible than before.

“Now they don’t kill nobody, I think, I hope,” he laughs.

But like the mayor of Palermo, Bellina believes there is underlying racism to the use of the term “Nigerian mafia.” It serves anti-immigrant politicians like Salvini to align Nigerians with a crime group that is so loathed in Italy.

Osas Egbon also feels the term tarnishes her community. She is Nigerian and co-founder of “Women of Benin City,” a group that works with Nigerian women who have been sexually trafficked to Sicily. Egbon said it’s difficult to link the work of low-level African criminals on the streets of Palermo with the activities of Sicily’s famous crime bosses. She also believed journalists play a part in stigmatizing the immigrant community with reports about the so-called Nigerian mafia. 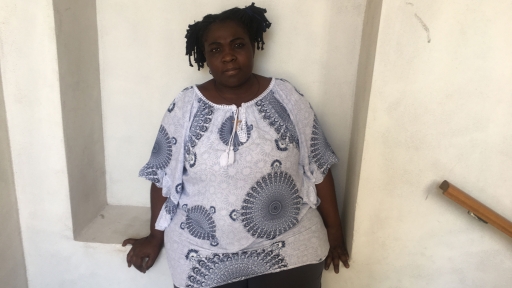 Osas Egbon is the co-founder of “Women of Benin City,” a group that works with Nigerian women who have been sexually trafficked to Sicily.

Migrants who have been getting plenty of positive press, however, are the shopkeepers in Palermo who took the Mafia to court. Nayeem said many business owners thanked him for taking a stance. The accused are still awaiting sentencing but Nayeem said he was no longer afraid.

“I am not scared, my family may freely walk in the streets once more.”

He said he will never pay “protection money” again.

“In any case, I prefer to die rather than paying pizzo again."