Abortion has been illegal in Argentina for more than 100 years. The law was amended in 1921, allowing for exceptions to be made when a mother’s life is at risk or when a woman has been the victim of rape or incest.

Although abortion is illegal and no official figures are available, the number of abortions nationwide is estimated at between 350,000 and 500,000 each year, according to a publication from the Latin American and Caribbean Center of Demography.

Today, the conversation around abortion is changing. A bill to legalize abortion failed in Argentina’s Senate last summer, but many women are hopeful that it will be decriminalized in the near future. Abortion rights activists are taking to the streets, and the color green has become synonymous with the growing movement.

In contrast, the anti-abortion campaign, which has the slogan “Save Two Lives,” as in the life of a woman and her unborn baby, uses the color blue.

A number of women seeking abortions as well as physicians, politicians, media personalities and artists are making their voices heard. Here are 12 women fighting for a say on reproductive rights in Argentina. 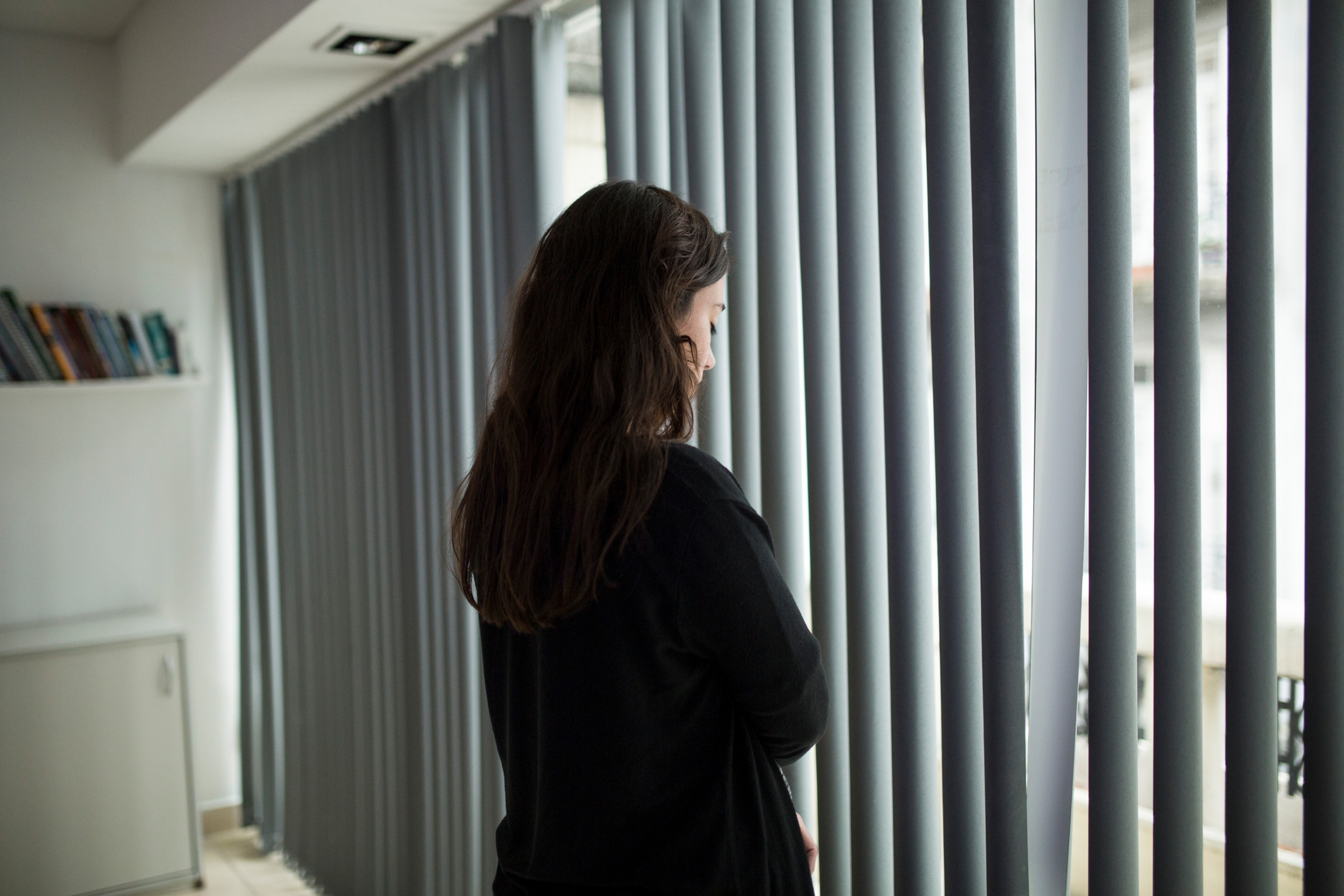 Joanna is a 27-year-old Argentinian mother of two. She came to Casa Fusa, a small health clinic, because of an unwanted pregnancy. We're not using her full name for security reasons. A psychologist at the clinic will evaluate her to see if she meets the requirements for the ILE Protocol, a legal interruption of a pregnancy. The provision considers a woman's whole health to see if the pregnancy is a danger to her life. 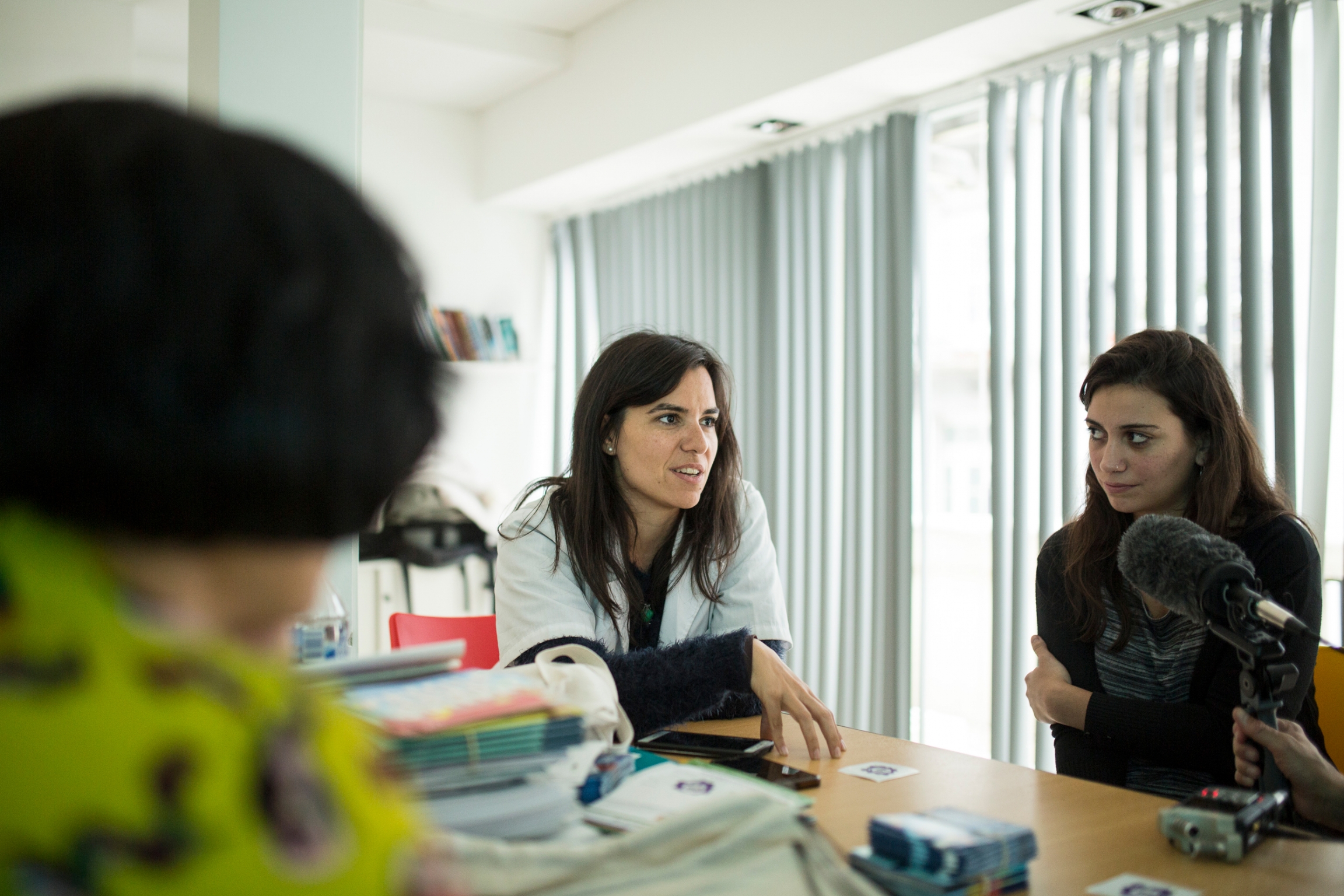 Virginia Braga is a psychologist at Casa Fusa clinic who screens people to see if they can get an abortion under the ILE Protocol. “We think that if a woman doesn’t want to be pregnant, she is in danger if we don’t help her,” Braga said. 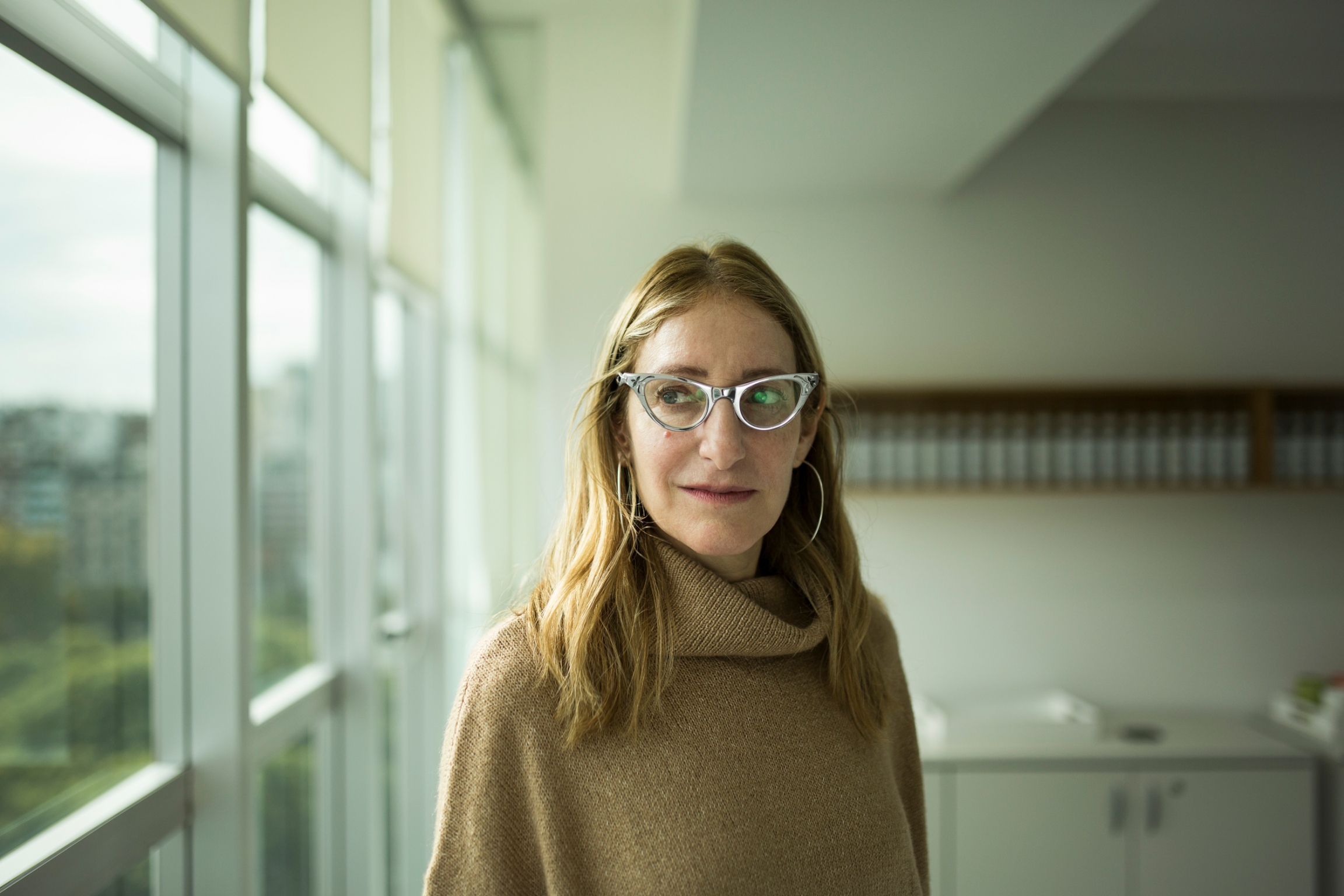 Mariela Belski is the executive director of Amnesty International in Argentina. Amnesty International is one of the groups advocating for the full implementation of Argentina’s sex education curriculum, which became law in 2006. One of their goals is to collect data on how many young women become teenage mothers and their ages and socio-economic status. She acknowledges the government doesn’t have comprehensive data in these areas. 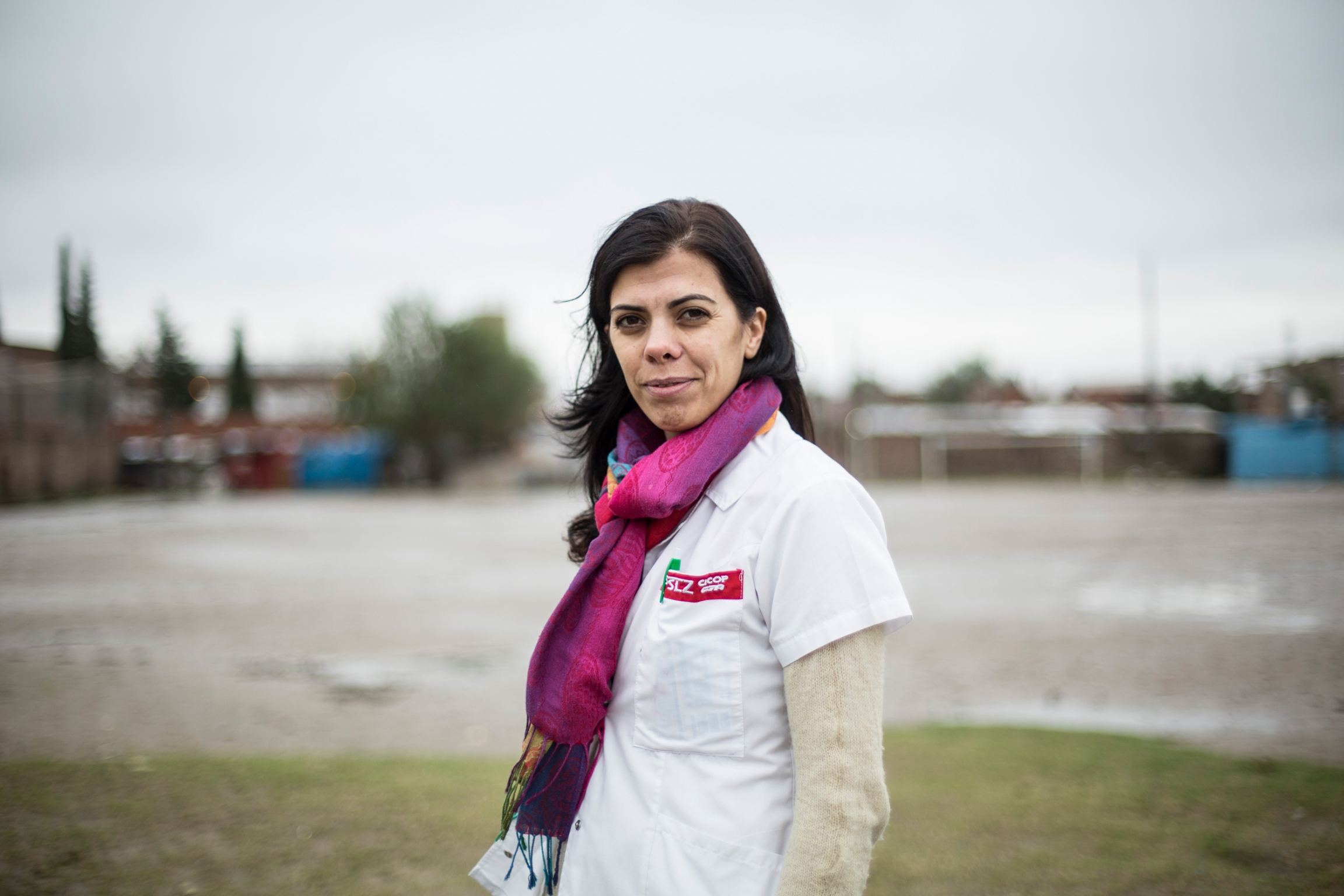 Luciana Angueira is a social worker at a government-run clinic in Villa Fiorito, a poor neighborhood outside central Buenos Aires, Argentina. She sees women who come in looking for birth control and to end their pregnancies. 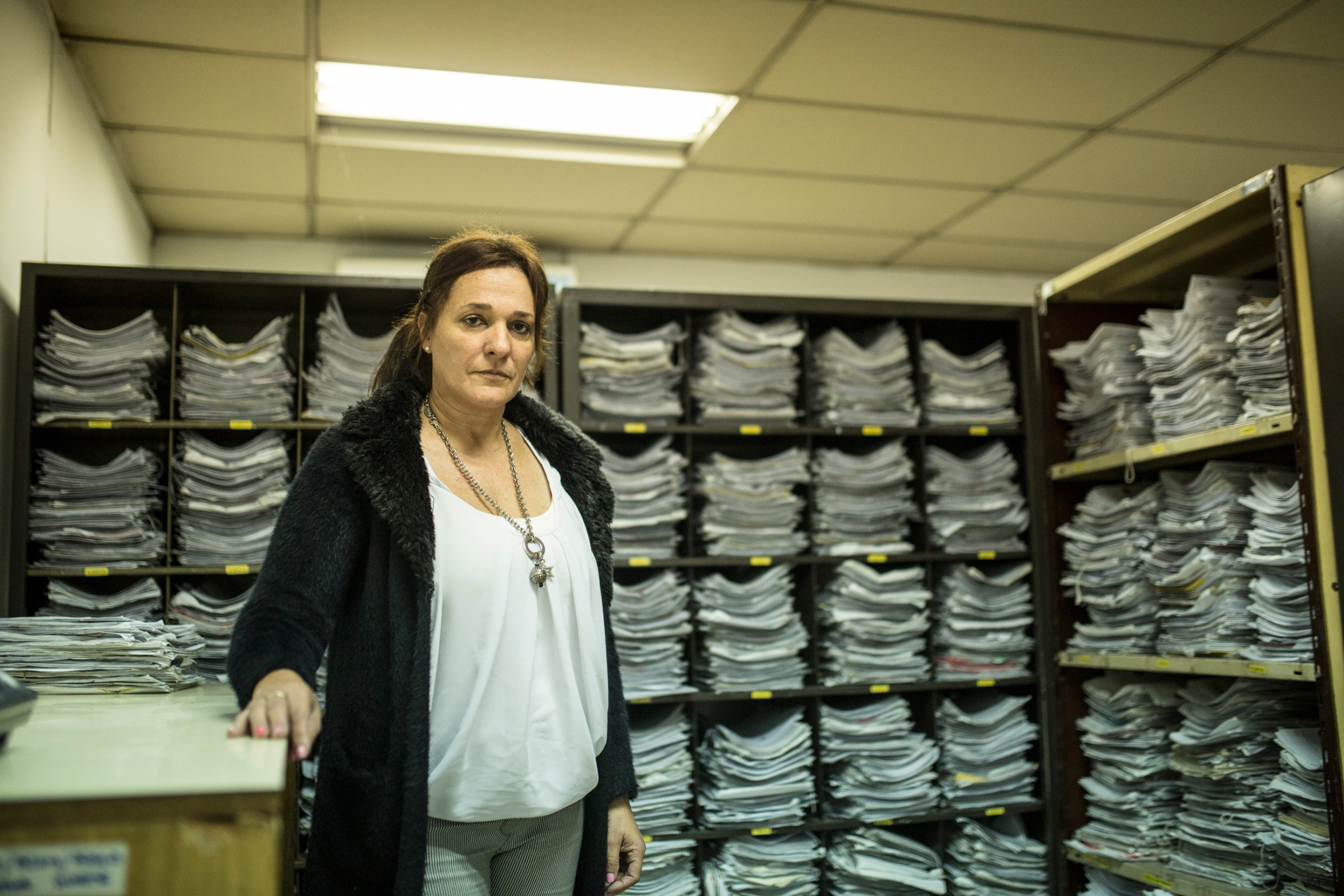 Marcela Juan is a prosecutor who works in the city of Lomas de Zamora, a suburb about 45 minutes outside of Buenos Aires, Argentina. She specializes in cases of domestic violence and femicide. She says femicide and violence against women and girls is a huge problem in Argentina. 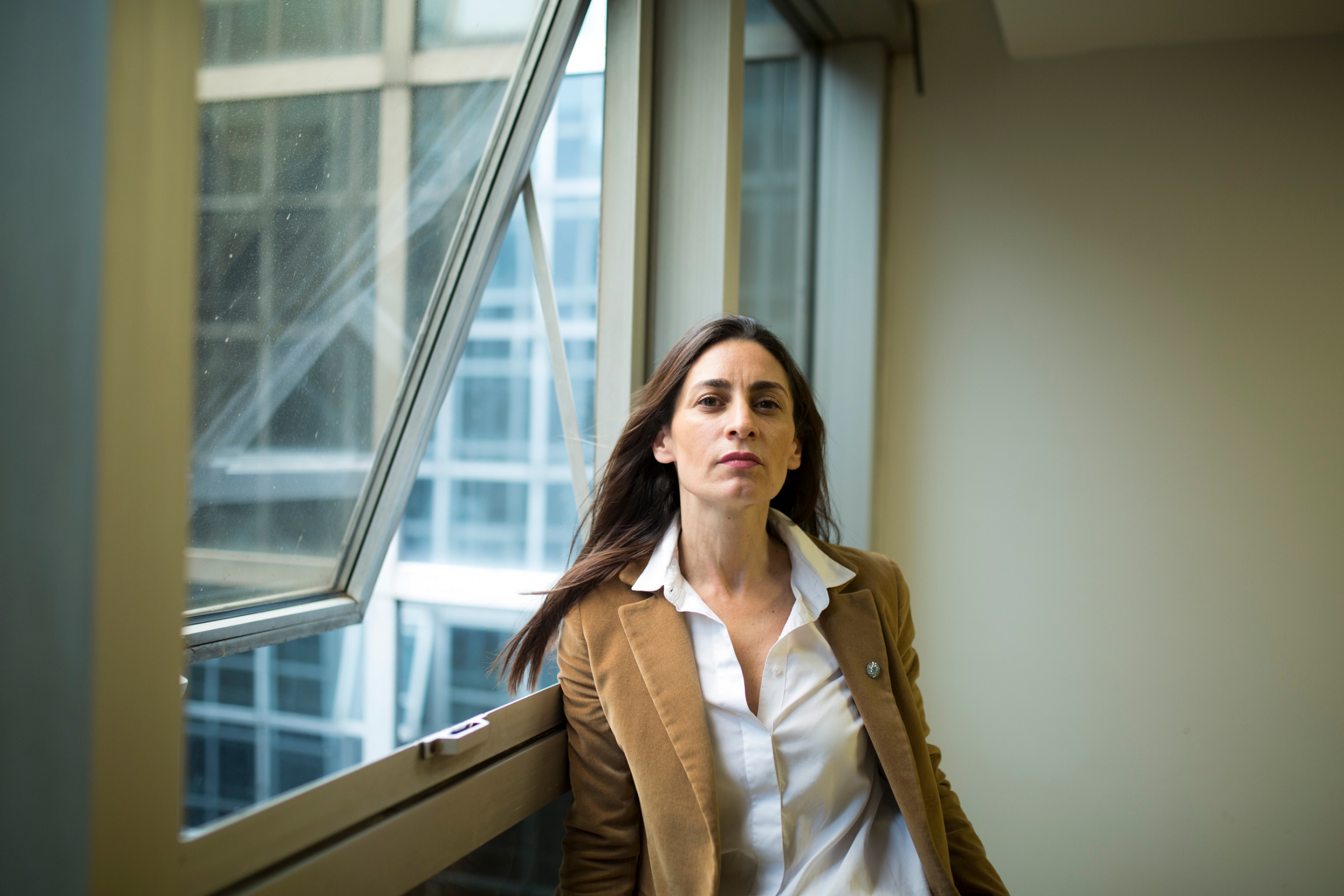 Carla Pitiot is a member of Argentina’s Congress and has been a national deputy in Argentina since 2015. She helped set up a hotline for victims of domestic violence and rallies around femininist causes, but she's against abortion. 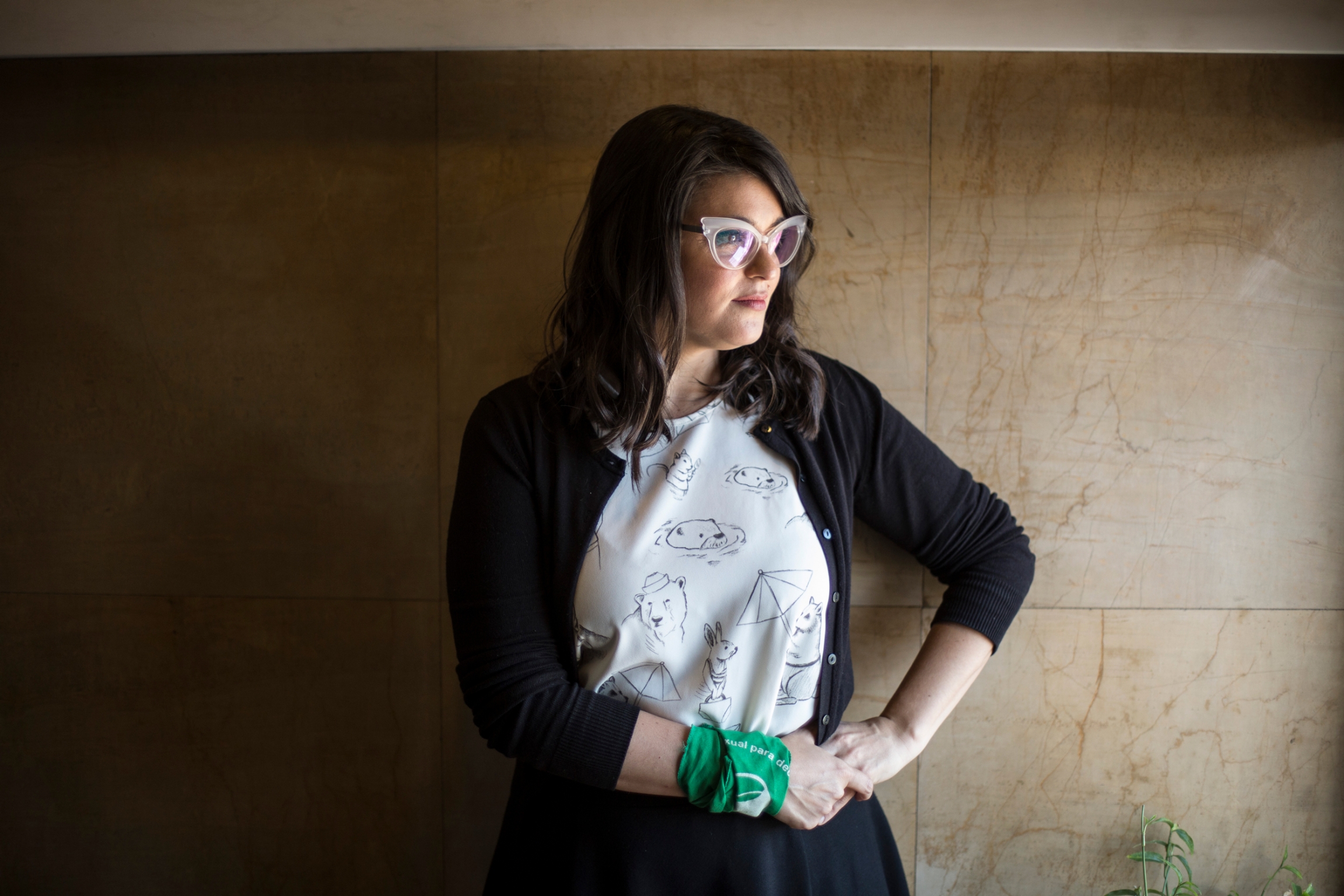 Marina Abiuso is a journalist at La Once Diez, a radio station in Buenos Aires, Argentina. Abiuso wears a green bandana to show her support to legalize abortion. Abiuso reported on the case of Thelma Fardin last fall. Fardin is an actress who alleged sexual assault against her former co-star, Juan Darthés. Abiuso was among the group of journalists who started the #NiUnaMenos (“Not one woman less”) movement in 2015 after the rape and murder of 16-year-old Lucía Pérez. A federal court ruled in favor of the two men accused of sexually abusing and killing Pérez, citing a lack of evidence. 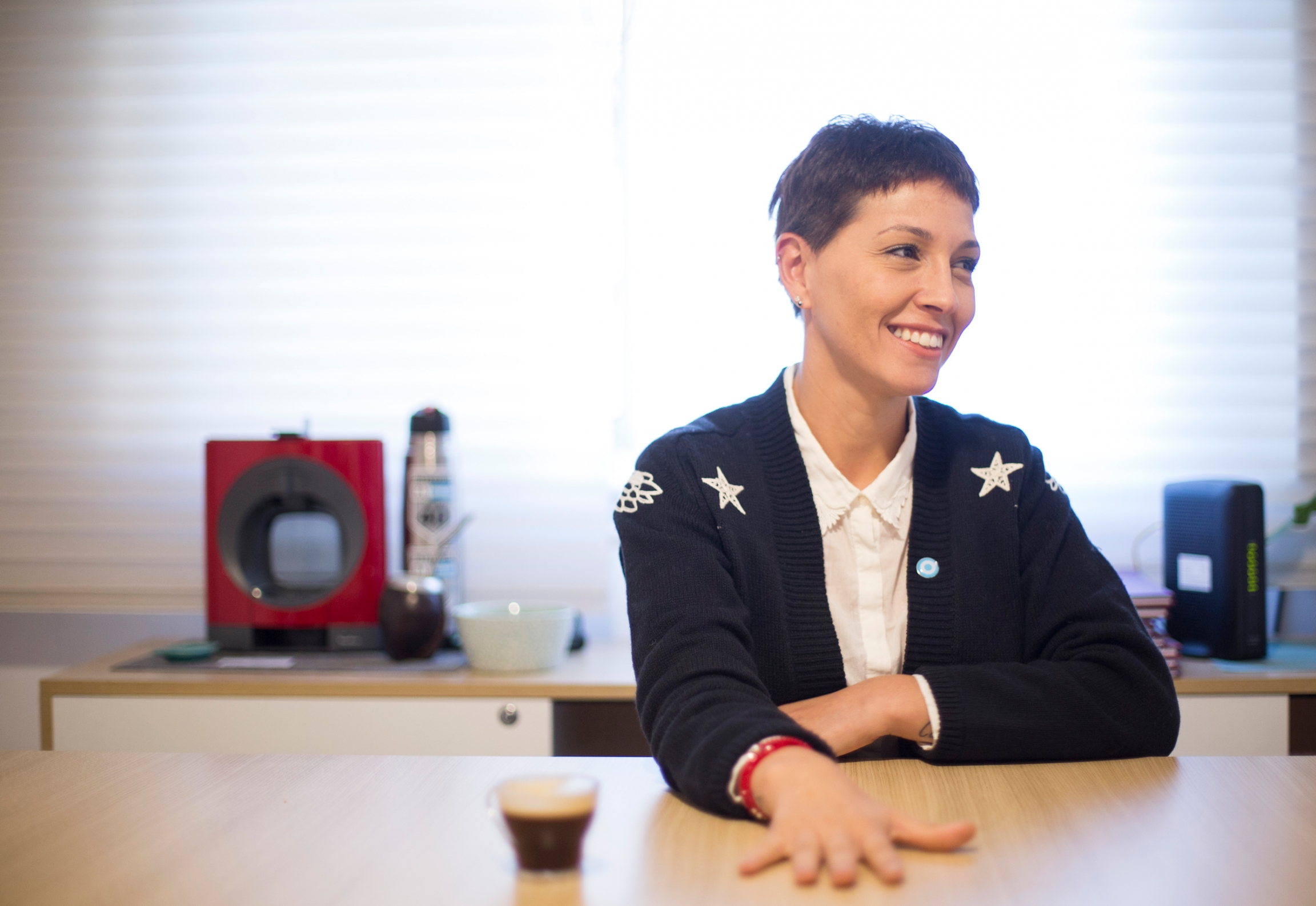 Mayra Mendoza is an Argentinian politician who is currently a member of the Argentine Chamber of Deputies, the lower house of the Argentine National Congress. She is one of the driving forces of the proposal to legalize abortion. 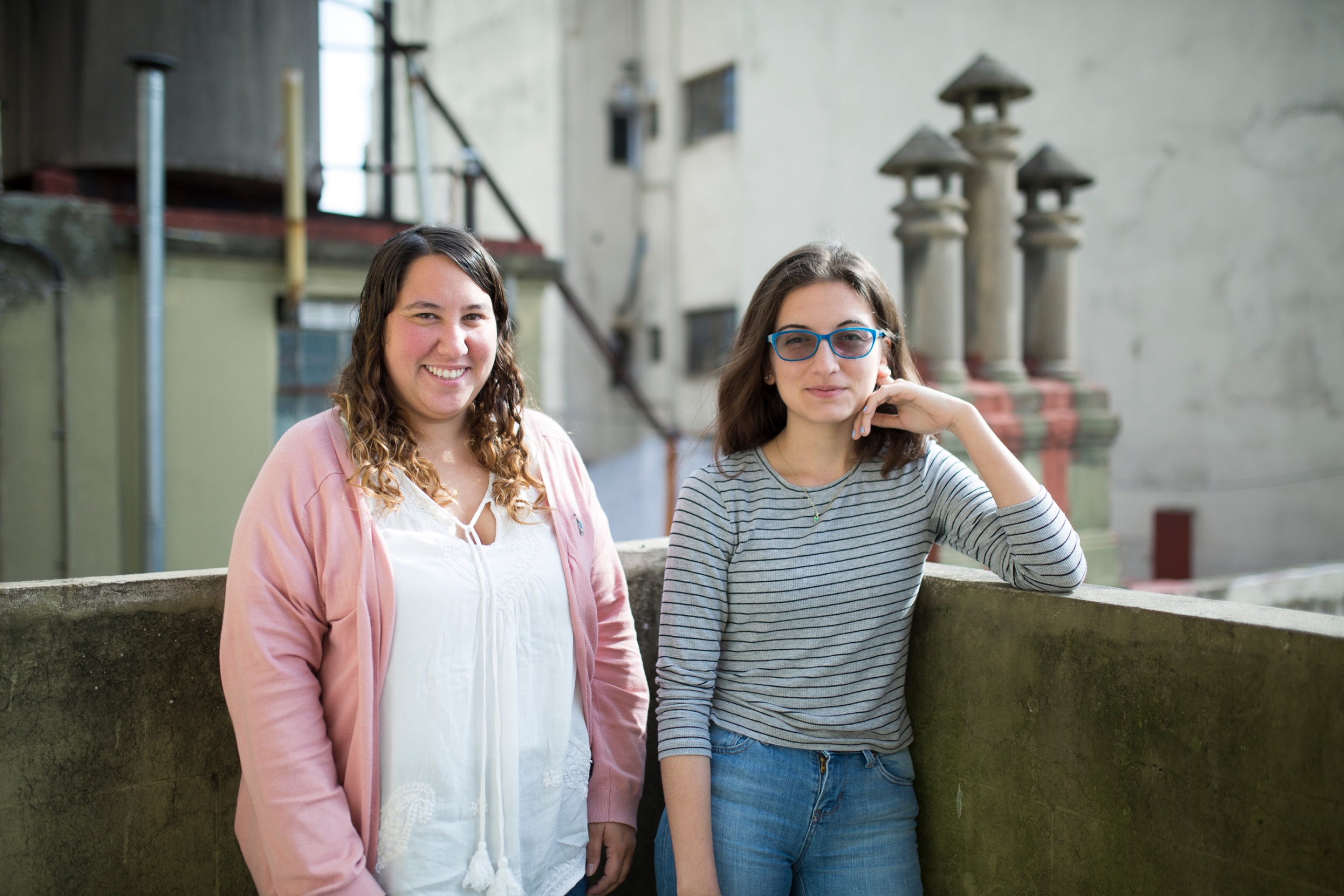 Inés Pfister and Guadalupe Batallán are with Defensores de Mamás, a group that supports the Save Two Lives campaign. They think abortions should be illegal, no matter what. 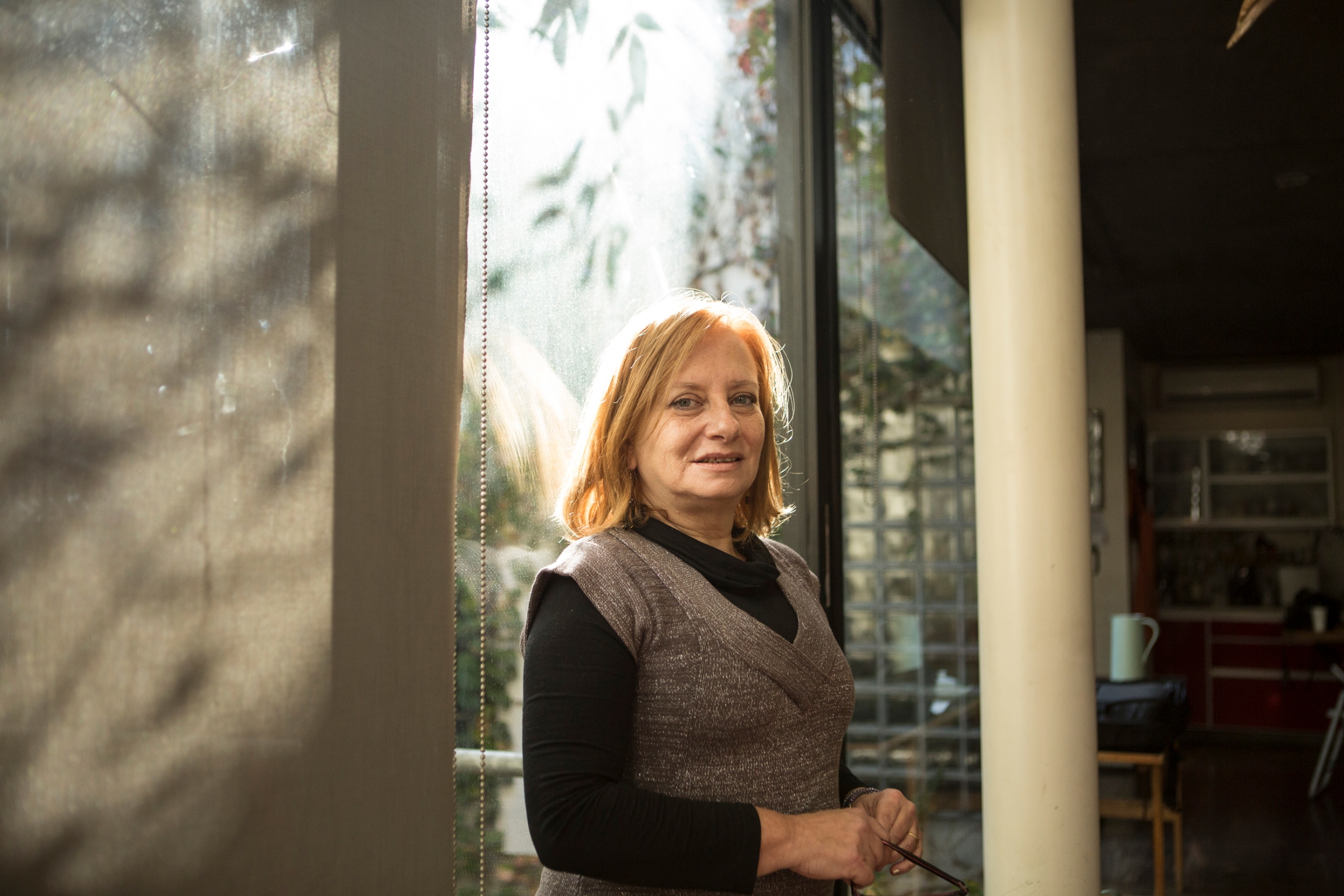 Miriam Lewin is an investigative journalist. She is a survivor of Argentina’s Dirty War and has unveiled cases of human trafficking, corruption and sexual abuse that took place during that time (1976 to 1983). She has spoken out against the rate of sexual abuse of women and girls, and voiced her support for abortion. 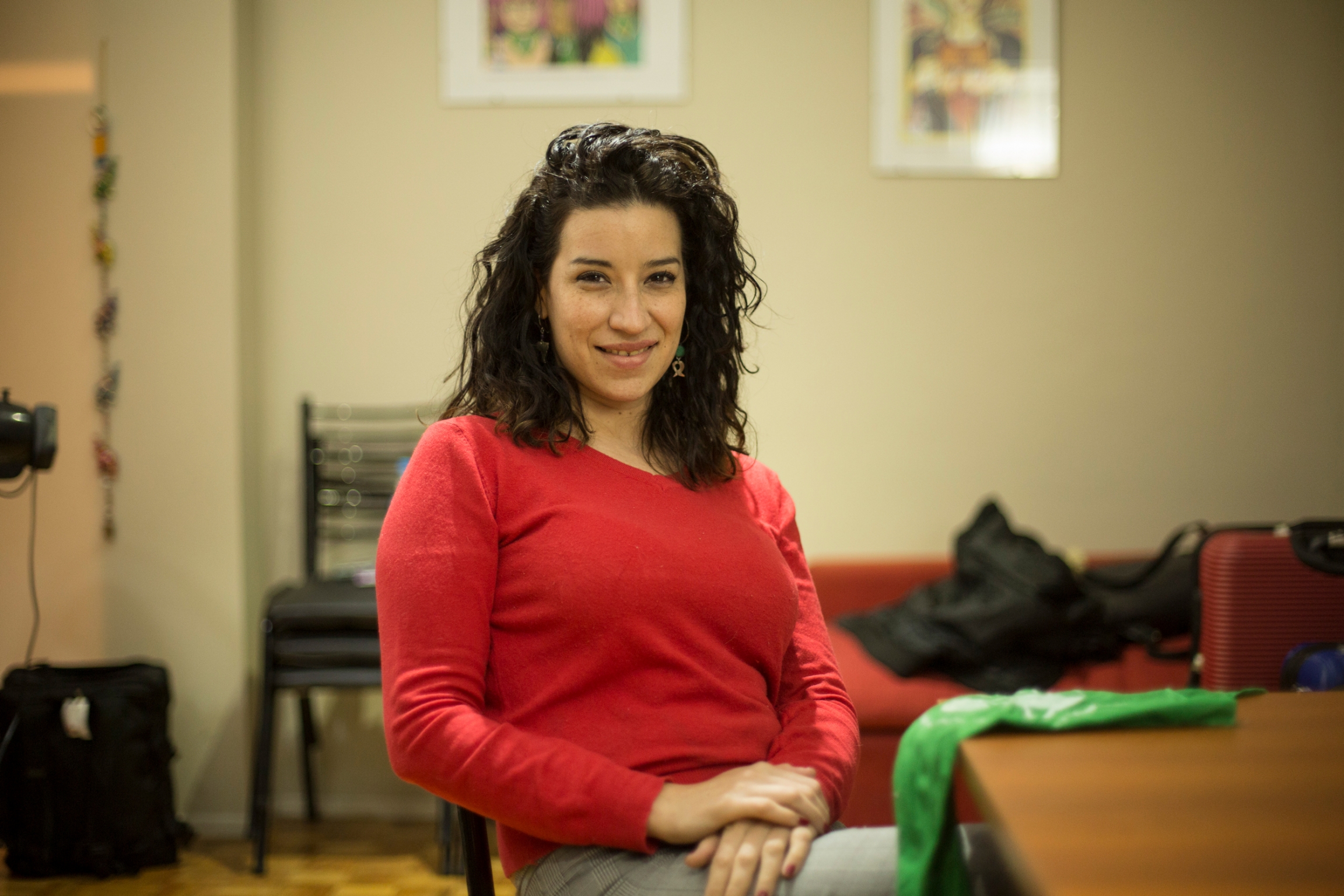 Victoria Tesoriero is the head of the national campaign to legalize abortion in Argentina. She also belongs to a group called Católicos por el Derecho a Decidir, or Catholics for the Right to Decide. She is waiting on the outcome of this fall’s election in Argentina, as that will impact the effort to decriminalize abortion. She is hopeful that abortion will be legalized. 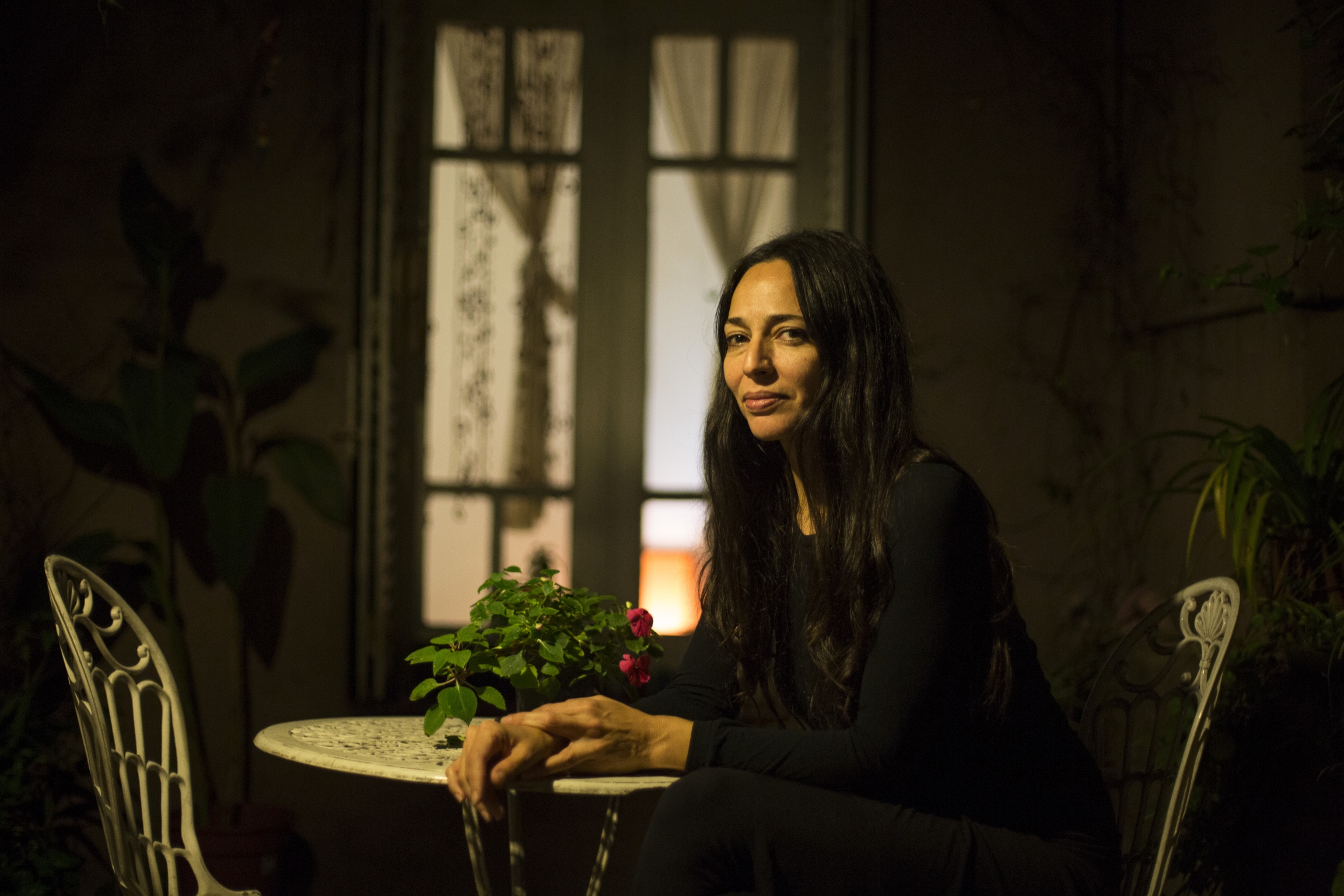 Viviana Parra is a feminist who talks about the ways in which hypermasculinity has had a negative impact on how women are treated in Argentina. Parra takes a feminist approach to teaching people tango lessons.