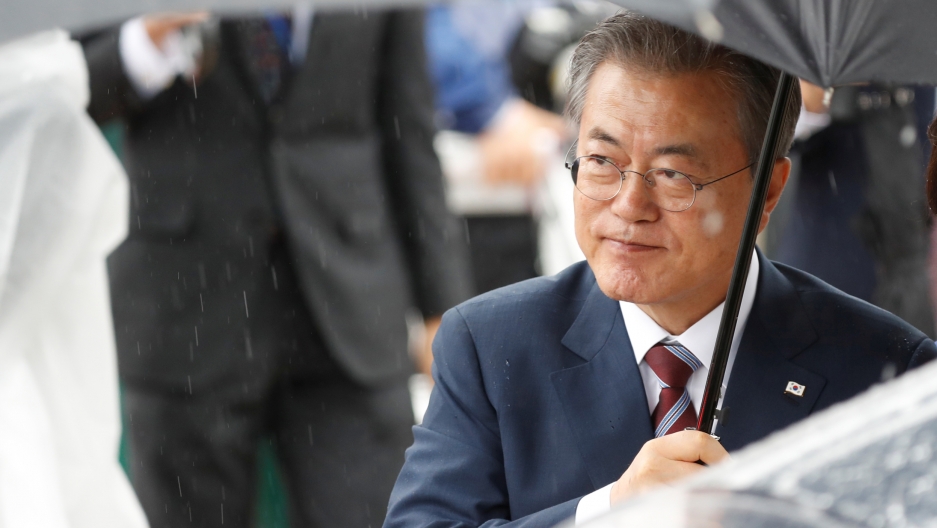 South Korean President Moon Jae-in arrives ahead of the G20 leaders summit in Osaka, Japan, on June 27, 2019. He is expected to meet with US President Donald Trump on Sunday.

The hot-and-cold relationship between North Korea, South Korea and the United States could take a hopeful turn this weekend. Or it could continue to fall apart on the international stage.

The stakes are high this Sunday, as US President Donald Trump and South Korean President Moon Jae-in meet face-to-face to talk diplomacy and denuclearization. For President Moon, the Seoul summit is arguably a political do-or-die — much of his legacy rides on how well he can steer both Trump and Kim Jong-un back to the negotiating table before the will for diplomacy totally fades.

“This summit is very important,” said C. Harrison Kim, a professor at the University of Hawaii at Manoa and author of “Heroes and Toilers: Work as Life in Postwar Korea.” “Moon is almost halfway through his term and his political goals with North Korea could lose momentum if things don’t change soon. He has to make a big push forward.”

North Korea has largely kept quiet since Trump walked out of his one-on-one meeting with Kim in Vietnam last February, abruptly ending the highly-anticipated summit before the two leaders could even have lunch.

Now, this weekend’s US-South Korea summit is an opportunity for Moon to breathe life back into his largely deflated dreams — dreams of denuclearization, inter-Korean economic projects and an official peace treaty brokering the end of the Korean War. A boost in inter-Korean diplomacy could no doubt help Moon’s approval ratings, which have steadily slipped following national reports that South Korea’s economy is facing a serious slowdown.

"Moon is almost halfway through his term and his political goals with North Korea could lose momentum if things don’t change soon."

“The Moon administration is under a lot of pressure to show [progress with North Korea],” agreed Jenny Town, a fellow at the Stimson Center and managing editor of 38 North, a North Korea analysis site. “They bet so much of their political legacy on this working, and frankly, they haven’t really made good on other parts of their platform they put forward.” 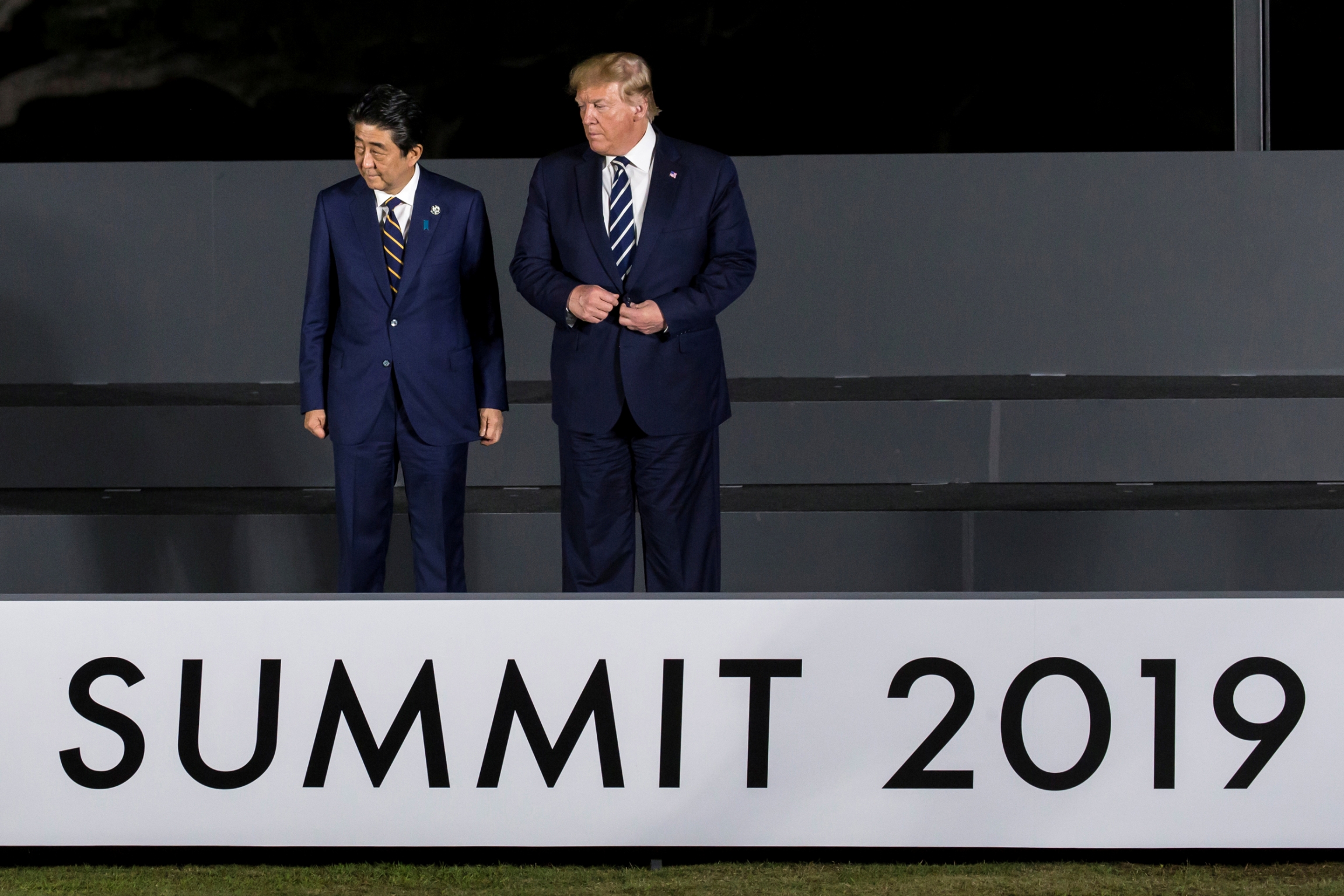 Japan's Prime Minister Shinzō Abe and US President Donald Trump attend a family photo session in front of Osaka Castle at the G20 summit, in Osaka, Japan, on June 28, 2019.

Yet, time is certainly of the essence for Moon and for Trump. In recent months, Kim started flexing cozier relations with US adversaries by holding summits with Russia’s Vladimir Putin and China’s Xi Xinping.

“Everything was quite forward-leaning until the Hanoi summit, but Hanoi was really the turning point when the North Koreans started pulling away,” said John Delury, a North Korea analyst and associate professor of Chinese Studies at Yonsei University in Seoul. “Right now, we’re in a lull. And the longer that lull lasts, the worse … From Moon’s perspective, this summit is a time to reiterate the need for inter-Korean cooperation.”

After jet-setting for the latest G20 summit in Japan, President Trump is expected to land in Seoul on Saturday before meeting with Moon the next morning. There’s also a chance that the US president will visit the Demilitarized Zone (DMZ) to personally deliver a message to North Korea at the end of the summit, but it’s unclear whether or not Kim will meet him there.

“That’s the biggest thing that could happen,” Delury said. “There’s high expectations out there, and a meeting [between Trump and Kim] at the DMZ wouldn’t result in anything concrete or tangible, but it would at least give a shot in the arm to diplomacy and keep up the high-level dialogue.”

But regardless of whether that meeting happens, Trump and Moon still have plenty to discuss on their own. Trump is likely interested in settling some key trade and military funding issues with South Korea, while Moon must address the recent stall in inter-Korean relations before he becomes yet another sitting duck.

"Right now, South Korea basically has no room to maneuver on the core issues of the inter-Korean agenda. They have no leverage."

While the United States has mostly focused on total denuclearization, the Moon administration has attempted to lay out trust-building economic projects between North and South Korea. That includes the construction of an inter-Korean train line, as well as the reopening of factories in the Kaesong Industrial Complex or the revival of tourism in North Korea’s Kumgang Mountain Range.

“These kinds of concrete economic measures with the North would be a very important move politically and also for creating optimism about the future of inter-Korean relations,” C. Harrison Kim said. “Also, any kind of economic progress with the North is also going to benefit the workers and corporations of South Korea, in terms of opening up new markets and creating more contracts and jobs.”

Nevertheless, the United States has so far been steadfast about keeping sanctions in place. The fear is that in a world without sanctions, Kim will no longer feel pressured to negotiate a denuclearization deal. That means South Korea can’t move forward without driving a wedge between itself and its dearest ally. 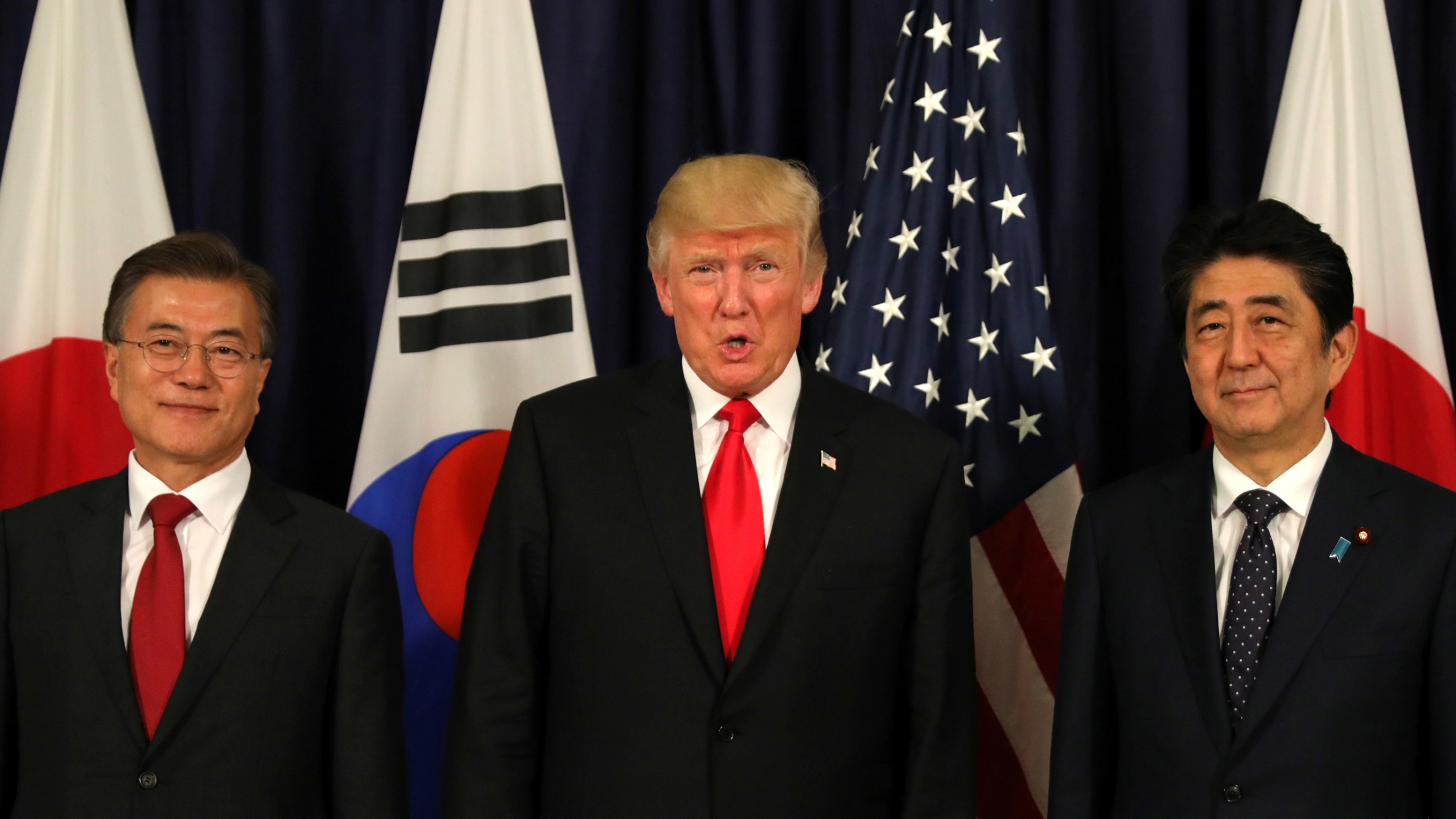 “North Korea is really challenging Moon to take the steps to implement what South Korea has already committed, which obviously cannot be done without international cooperation and the United States,” Town said. “Right now, South Korea basically has no room to maneuver on the core issues of the inter-Korean agenda. They have no leverage.

“There could be progress if Moon were able to move forward with something on the economic side, or the peace agenda, such as a peace declaration that isn’t tied to the denuclearization talks themselves,” Town added. “But without that kind of outcome, I don’t think this summit will have much of an impact.”

So what happens if the United States refuses to waver from its pro-sanctions plan, and President Moon continues to face barriers to his grand promises for inter-Korean economic cooperation?

“I would say, to unjam the current impasse, a small project that Moon and Kim could do bilaterally would help,” Delury said. He suggests “something along the lines of the steps that have already been taken,” like the dismantlement of guard posts within the DMZ.

“At the minimum, South Korea can gain US support to humanitarian aid to the North, including [sending] rice through the World Food Program,” agreed Jina Kim, an associate research fellow at the Korea Institute for Defense Analyses.

No matter what happens at this weekend’s summit, Moon’s challenge is continuously creating diplomatic momentum between North and South Korea. As it is, many South Koreans appear to be losing interest in these summits, which are no longer a historic novelty and are no longer producing unprecedented leaps forward.

As Jina Kim put it, “People's enthusiasm certainly waned as they faced the reality that denuclearization is not easy.”