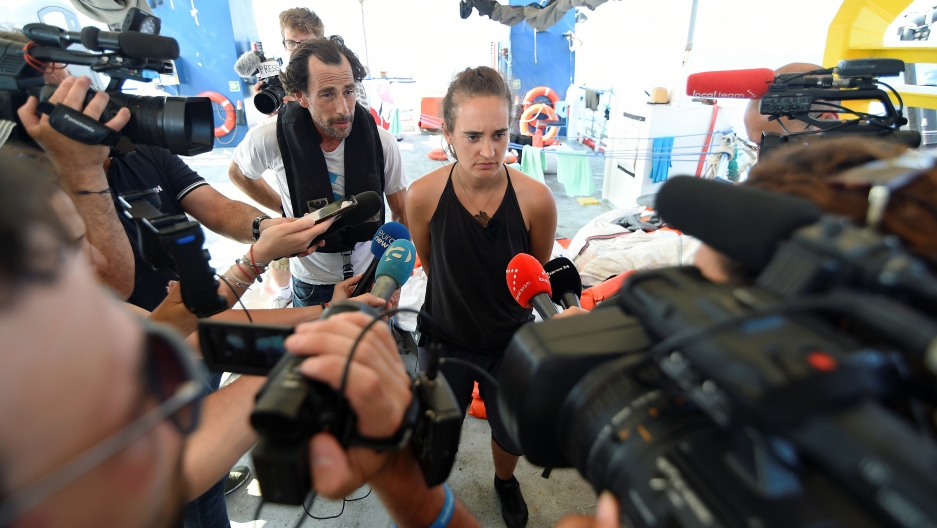 Carola Rackete, captain of rescue ship Sea Watch 3, speaks to the media as the ship remains blocked one mile outside the port of Lampedusa, Italy, June 27, 2019.

The young German captain of a migrant-rescue ship stranded off Italy dismissed threats of arrest and personal criticism from the country's far-right interior minister on Friday, saying her main priority was the safety of 40 rescued Africans.

After two weeks at sea, the dreadlocked 31-year-old, Carola Rackete, has become a symbol of defiance for challenging the authority of minister Matteo Salvini, known as "Il Capitano" at home for closing ports to non-government rescue ships.

Speaking to reporters from her ship, the Sea Watch, via a Skype connection, Rackete said she was forced to enter Italian waters due to the worsening condition of the migrants plucked by her crew from international seas off Libya on June 12.

"The need which we have on board is psychological... The necessity to go into port is to prevent any harm or any self-harm which people might be contemplating," she said.

Rackete, a conservationist who has served on cruise ships and on a Greenpeace vessel in the past, has drawn strong support from Italy's pro-immigration opposition parties and also felt the sting of Salvini's ever-busy Twitter account.

She says she now devotes her time to rescuing migrants as a reaction to her privileged upbringing.

"My life was easy. … I am white, German, born in a rich country and with the right passport," she said in comments provided by Germany's Sea Watch, a charity that has been running rescue operations in the Mediterranean since 2014.

"When I realized it, I felt a moral obligation to help those who did not have the same opportunities as me."

In a stream of tweets, the latest on Friday, Salvini has called her a pirate and outlaw, and drawn attention to her motivation for captaining a rescue vessel.

On Friday, Salvini also compared her with an earlier rescue volunteer from another charity, a man who sported a red mohawk and was reported to have called the minister a "fascist."

Salvini says he will only allow Rackete to dock when other EU states agree to immediately take the migrants once ashore, and even then Italian authorities would seize the ship and prosecute its captain for assisting people-smugglers.

However, a European Commission official was quoted by Italian news agency AGI on Friday as saying the allocation of migrants among EU nations needed to be worked out and that in the meantime the ship must be allowed to dock.

After waiting in international waters for an invitation from Italy or another EU state to accept the Sea Watch, Rackete decided this week to sail for the southern Italian island of Lampedusa but was blocked by Italian government vessels. 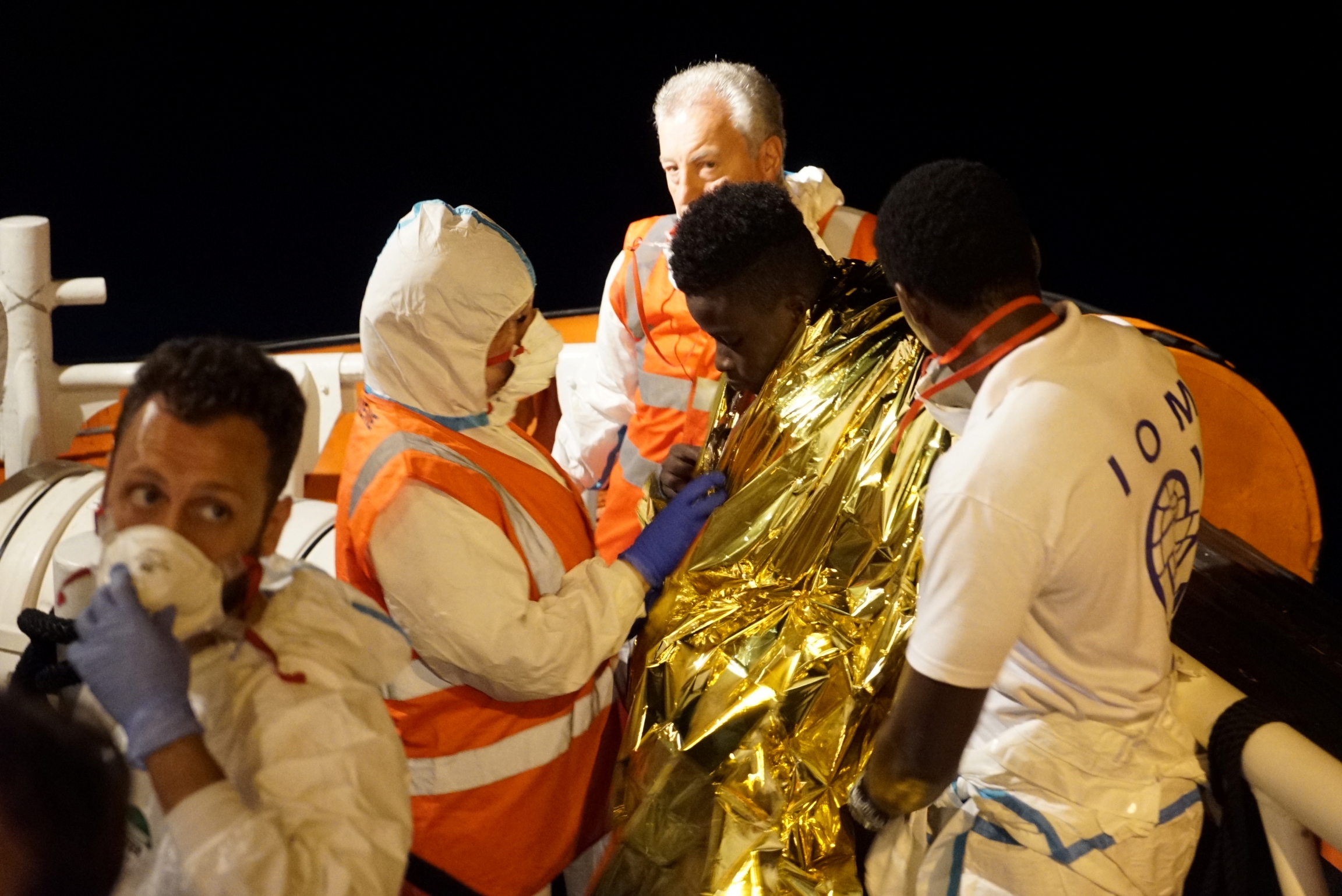 A migrant boy wrapped in a thermal blanket is helped on deck of the rescue ship Sea Watch 3, near Lampedusa, Italy, June 28, 2019.

On board the ship, sitting off Lampedusa, Rackete responded sharply when asked to comment on Salvini's criticisms.

"To be honest I haven't read the comments, I really don't have time. I have 40 people to take care of. ... Mister Salvini might just get in line."

Rackete is already under investigation for breaking Italy's beefed-up laws against non-government rescue ships. A prosecutor in southern Italy added that it was a formality once the Sea Watch had entered Italian waters.

Sea Watch spokesman Ruben Neugebauer said the group hoped Rackete would be allowed to dock later on Friday or Saturday and that it was a disgrace for Europe that it was taking so long.

"We are really proud of our captain that doesn't hesitate to even take personal consequences for doing exactly the right thing, for following the law of the sea and for bringing these people to safety," Neugebauer told Reuters TV in Berlin.

Related: Inside Italy's plot to infiltrate migrant rescue boats in the Mediterranean

Sea Watch asked the European Court of Human Rights to force Italian authorities to allow the ship to dock, but the request was rejected. Instead, the court ruled that Italy should provide all necessary assistance to those aboard.

In a tweet on Friday, Rackete said she was ready to face the consequences of Italian law. Once informed that she was under investigation, she tweeted: "I will deal with everything with the support of lawyers and Sea Watch, now I just want people to be put ashore."