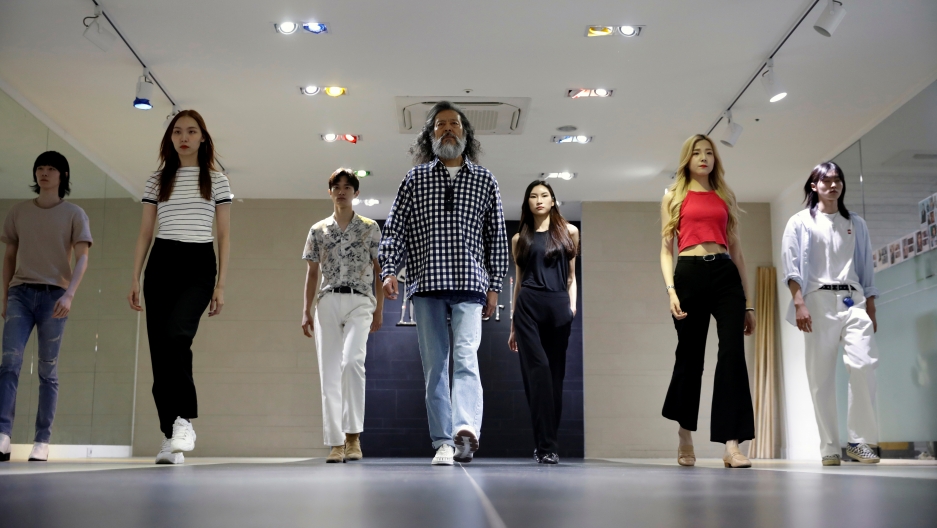 Boasting an overgrown beard and grey wavy hair, 65-year-old Kim Chil-doo glared into the wall, poised and confident, as he practiced his runway walk among young, pin-thin models at an academy in Seoul earlier this month.

"This was what I wanted to do when I was young, but gave up to make money, and I thought maybe it's worth trying even now," Kim told Reuters. "And I'm glad I did it — being a model is really fun. Senior? It's just a label."

In a country with the world's fastest-aging population, many elderly South Koreans like Kim are venturing into unconventional late career opportunities.

Seniors have flocked to modeling schools on the back of Kim's success. Others have become YouTube stars or signed up to teach Korean to K-pop fans overseas.

The trend has offered fresh hopes to the elderly, many of whom take low-paying, blue-collar jobs to support themselves after retiring. Almost half of South Korean baby boomers live in poverty — the highest among members of the Organization for Economic Co-operation and Development (OECD). 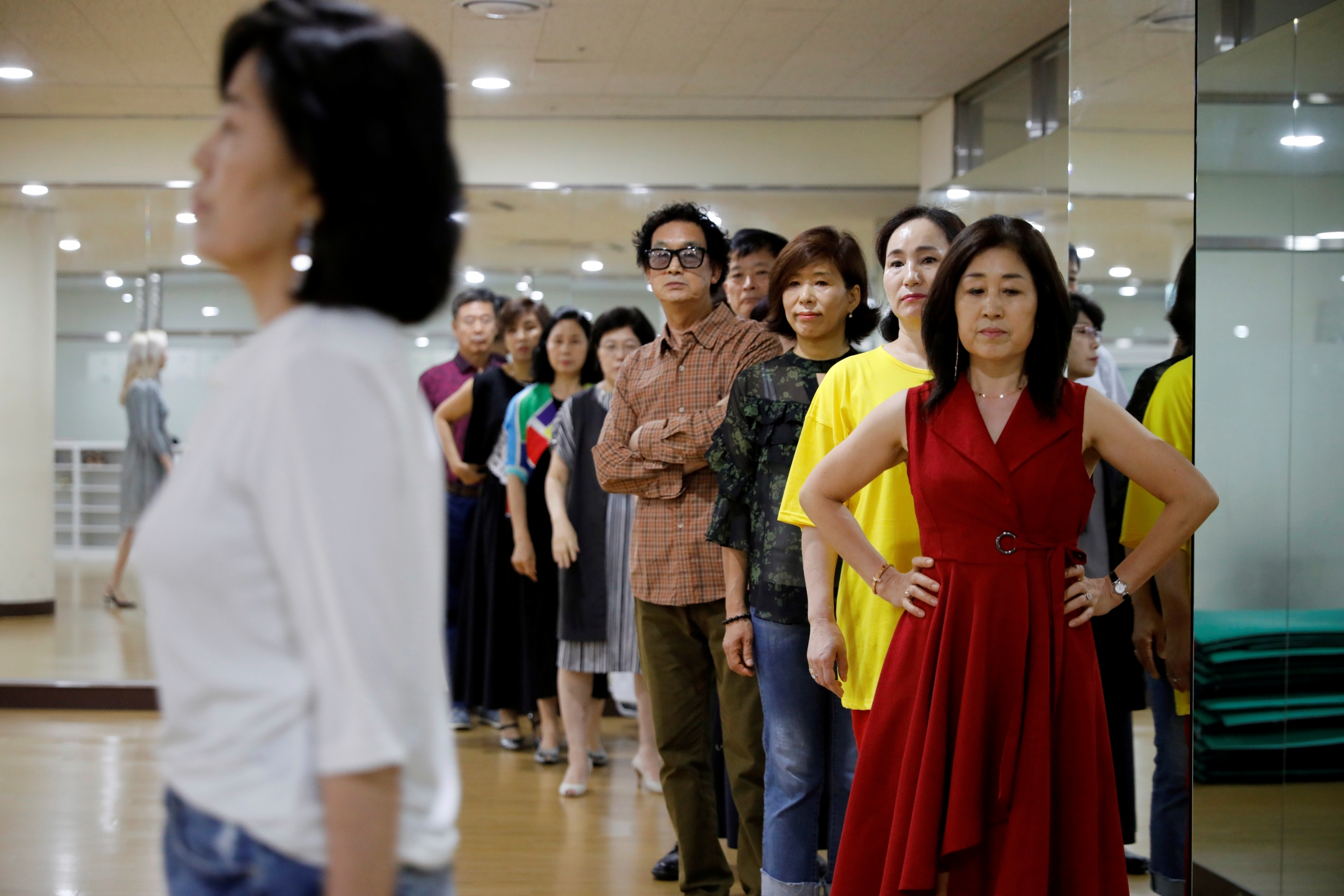 On a recent weekday afternoon, about two dozen people, mostly in their late 50s to 60s, gathered at a welfare center in Songpa in southeastern Seoul for weekly catwalk training, hoping to emulate Kim, now an up-and-coming star in commercials and fashion magazines.

For You Sung-lae, 59, her unfulfilled childhood dream of being an actress and interest in fashion led her to sign up for the course.

"Learning modeling feels like reviving my youth that I could not enjoy because I got married and gave birth at a very young age," Yoo said, donning a cobalt blue jacket, orange stiletto heels and designer sunglasses.

Lim Sung-min, who represents Kim and is a former model himself, said his agency is seeking to bolster its ranks of senior models, aiming to cater to the fast-growing elderly industry.

South Korea's seniors market has expanded about five-fold between 2002 and 2010, according to the Korea Health Industry Development Institute, and continues to grow fast.

Lotte, which operates South Korea's largest department store chain, says department store sales for customers in their 60s rose by 12% on average from 2013-18 compared with 2-5% increases in overall revenues.

"Elderly customers have become big players, especially in the fashion sector, as they spend more money for themselves after focusing on their families for decades," a Lotte spokeswoman said.

'Too talented to stay home'

Some firms and local governments are seeking to harness the older generation's untapped potential and help them start a new chapter of life.

Cho Yong-min was a public policy student at Princeton University when he floated a small language exchange project between retired South Korean professionals and foreigners in 2014.

He started recruiting elderly volunteers, linking them with Korean major students at Princeton and Yale via Skype.

"They were too talented to play pool there every day, with so much social and career experience to share," said Cho, 27, who recently graduated from the school.

The market proved much more promising than expected, attracting students, Korean-Americans and a soaring global fan-base of K-pop bands and singers.

In 2017, Cho turned the initiative into a startup called SAY — or Seniors and Youth — which now has more than 50 active instructors and 500 paying students.

"It made me uncomfortable when I asked my friends how they spend their day, they would be like 'What else can you do other than going to the mountains?'" said Lee Kye-won, 69, a former trading firm employee who has been working with Cho since 2014.

"Coaching is a difficult job because it requires you to have endless energy, but I'm happy to be of a little help for other people beyond the border."

In the small, mountain valley town of Yeongju, 66-year-old blacksmith Seok Noh-ki was contemplating closing his struggling workshop until his homi, a traditional Korean hand plow, began selling like hotcakes on Amazon and eBay late last year following a promotional campaign on YouTube.

His handmade tool is now one of the top 10 gardening devices globally on Amazon, garnering praise from farmers looking for solid weeding instruments.

"When they said Amazon I thought they're talking about the rainforest and river that I saw from TV," Seok said.

Sales of his tools have tripled and exports have soared, leading him to take on more workers — some seniors like himself, and some youngsters who might one day take over the business.

Such cases are encouraging, experts say, but social protections should also be improved to keep pace with the speed of aging, including sustainable policies to guarantee decent levels of income for seniors.

"The country is aging much faster than in any other OECD nations, and if we don't figure out how to afford it, it would pose risks to the future generations," said Lee Sam-sik, a professor of policy science at Hanyang University in Seoul. 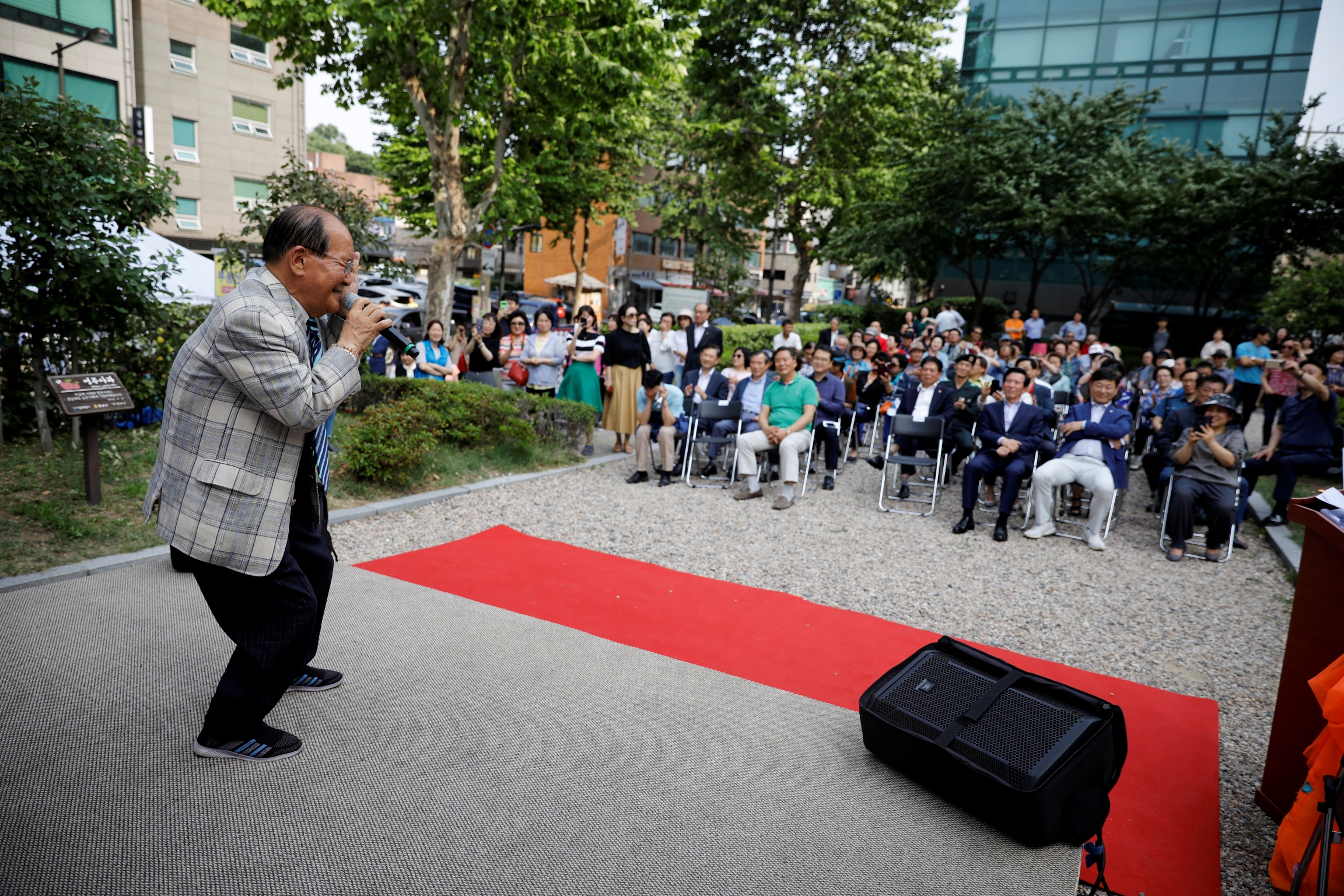 Ji Byung-soo, 77, had led a frugal life receiving government subsidies that barely paid for his rent and cigarettes until he went viral for belting out a female K-pop singer's up-tempo dance song in March.

His performance of Son Dambi's "Crazy" on a televised singing contest with awkward yet catchy moves fetched more than 2.7 million views, landing him several commercial deals and his own popular YouTube channel.

Ji said he is just proud to be able to help other lonely seniors and donate to a welfare facility where he has been volunteering for years.

At a youth festival in Seoul last month, he was all smiles despite scorching heat and nonstop dancing as youngsters chanted his nickname "Haldambi" — meaning Grandpa Dambi.

"Life begins at in your 70s," Ji said, wiping the sweat off his wrinkled forehead. "Let's be happy and have fun."