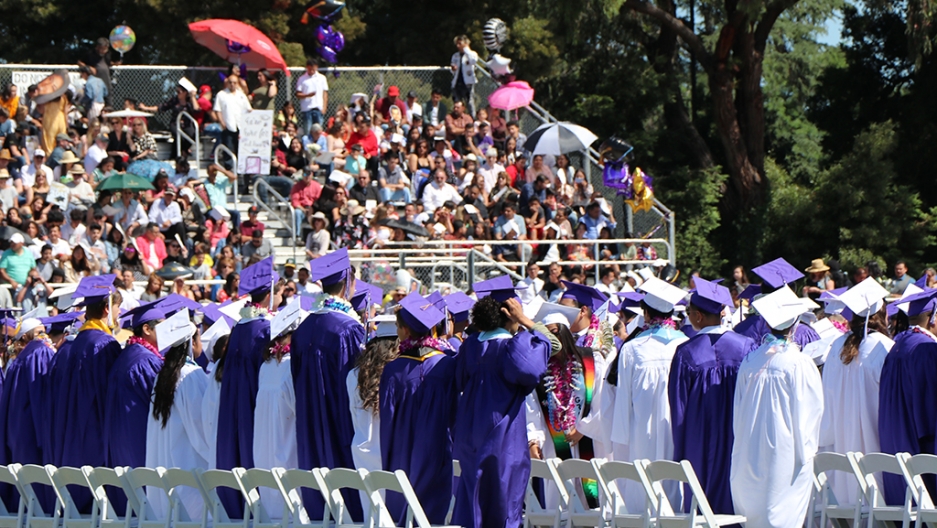 Nearly 100,000 undocumented students graduate from high school each year. These students have been educated in primary and secondary schools throughout the United States, but many are graduating without the legal protections of the Deferred Action for Childhood Arrivals, or DACA.

For Ximena, a high school senior in California, college applications were a breeze. The straight-A student takes college-level courses and is meticulous with her schedule, so she didn’t have difficulty turning in applications on time to nearly two dozen colleges.

What was harder for the 18-year-old was deciding where to apply — and finding universities that had resources and scholarships for undocumented students like her.

Ximena was brought to the US from Mexico without documentation when she was 9. As an undocumented student who is not a beneficiary of the Deferred Action for Childhood Arrivals program, or DACA, she does not qualify for federal student aid.

“I worked hard to have straight As and a lot of extracurricular activities … but the only requirement I wasn't meeting for the scholarships was citizenship or DACA."

“I worked hard to have straight As and a lot of extracurricular activities … but the only requirement I wasn't meeting for the scholarships was citizenship or DACA,” says Ximena, who requested to be identified by only her first name due to her legal status.

When Ximena got her diploma Friday at her high school commencement, she became one of the nearly 100,000 undocumented students who graduate from US high schools each year. That’s an increase from 65,000 in the early 2000s, according to the Migration Policy Institute.

Advocates say increasing numbers of undocumented teens find themselves in Ximena’s position: They don’t have legal protections such as DACA, which offers beneficiaries two-year reprieves from deportation, along with work permits. The Trump administration rescinded the Obama-era program in 2017. And while court rulings have kept DACA alive, the program is no longer accepting new applicants — giving rise to a new generation of “un-DACAmented” teens who were educated in US primary and secondary schools.

Without DACA, they can’t access most financial aid or scholarships, can’t work after they obtain degrees, and don’t have any protection from deportation. Advocates say the situation hearkens to the time prior to DACA when fear was high among undocumented students and information about how they might attend college was scarce.

“It's just a continuation of limbo right now for the lives of undocumented students, and as a teacher it's heartbreaking to see so many young people who have a genuine desire to learn, who are just normal kids ... young people so uncertain about their futures, terrified that they'll be separated from their families on any given day. It's devastating,” says Laura Emiko Soltis, executive director of Freedom University, which provides college-level courses to undocumented youth in Georgia.

"[DACA] helped to clarify that end game for people and make it very seeable, knowable and achievable."

DACA has been key in convincing undocumented young people that pursuing education is worth the investment, and there’s a concern that both high school graduation rates and college enrollment rates among undocumented youth could plummet without it.

Undocumented students can often find support at the state and local level. In California, they can pay in-state tuition at public colleges and have access to state-based financial aid and scholarships if they completed high school within the state. In Illinois, a pending bill — awaiting the governor's signature — will allow undocumented students access to a state grant.

But not all states have such policies. In Georgia, for example, undocumented students — even those with DACA — aren’t allowed to enroll in public universities. Instead, students are encouraged to apply at private universities outside of Georgia, where tuition is often high.

Citlali, a high school senior in Illinois, is also undocumented and does not have DACA. Even though she qualified for the program, she decided not to apply when she was old enough because she thought it would be too risky to submit her information to the federal government: Like many undocumented youth, she did not trust the Trump administration. And now, with the Trump administration's halt on accepting new DACA applications, its future is uncertain, and she can no longer apply.

“I always knew that I was undocumented, and I was aware of the limits that came with it. And one of them was going to college.”

“I always knew that I was undocumented, and I was aware of the limits that came with it,” says Citlali, who asked her last name not be used to protect her identity because of her legal status. “And one of them was going to college.”

She says one of her teachers gave her a detailed spreadsheet of all the scholarships that she could apply to. Her dream school, a private college, accepted her. But because she doesn’t qualify for state-based financial aid and can’t work, she applied to half a dozen scholarships. She plans on attending a two-year college first before transferring to her dream university. 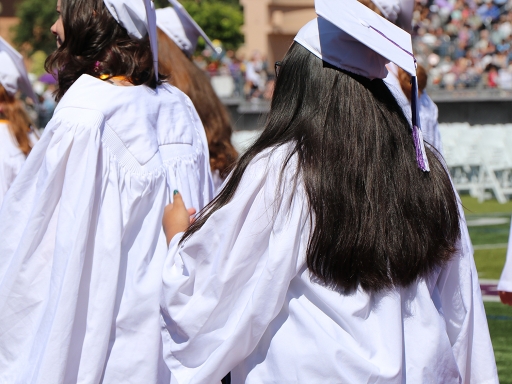 Ximena (right) graduates from high school in California on June 7, 2019. She does not have DACA or protection from deportation and does not have access to some scholarships and internships. Despite the uncertainty, she plans on going to Stanford University in the fall.

Ximena would not have qualified for DACA even if the program was still accepting new applications: Applicants must live in the US continuously since 2007, but she arrived in 2010.

She will attend Stanford University in the fall. And because she’s in California, she received scholarships that will cover the cost of school. She’s now focused on internships and research opportunities that would further her dream of becoming a neurosurgeon or pediatrician. But most are for citizens only.

“It made me kind of angry, but I realized that it's not my fault, and it's just the way it is,” Ximena says. “Instead of just being angry about it, I decided to just keep pushing forward, because it will eventually work out.”

Undocumented youth are building their own networks and advocating for change. Ximena and Citlali were both leaders in “Dreamer” clubs at their respective high schools and have spoken out about their struggles.

“We may not know what our future looks right now, but we're definitely working hard,” Ximena says. “So my advice would be to find that support system and just to know that there's always a way. And if you need help, it's okay to ask for help.”

Many of the in-state tuition laws that passed through state legislatures were, in large part, due to advocacy from student groups. Dream resource centers and sanctuary policies at universities were also the result of activism from students and their supporters.

Citlali’s Dreamer club even started its own scholarship fund to help all members — whether they are DACA recipients, DACA-eligible or not. Citlali will be receiving that scholarship to help with school next year.

“One of the things I've learned is that when you when you don't have opportunities provided to you such as DACA or you got shut down, you don't necessarily have to depend solely on those things,” says Citlali. “You can always rely on the community and the network that you formed, to form your own opportunities.”

Both students and advocates say undocumented youth need a permanent solution that goes beyond DACA — one that gives them the ability to work and provides permanent legal protections.

“We can have as much support as we want in place for these students, but if legally the law says and policy says that they cannot work to support themselves, we're always going to run into a wall.”

“We can have as much support as we want in place for these students, but if legally the law says and policy says that they cannot work to support themselves, we're always going to run into a wall,” says Amy Scully, founder of Students Without Limits, a nonprofit group based in San Diego providing college and financial aid application assistance to immigrant youth.

With lawmakers continuing to debate a solution for "Dreamers," a term used for immigrants brought to the US illegally as children, which includes both DACA and non-DACA recipients, undocumented youth should continue to pursue their education, according to advocates.

Recently, the US House of Representatives passed a bill that would have created a legal path to citizenship for Dreamers, but it’s unlikely to pass the Senate.

Related: This sweeping immigration bill won't pass, but it's still a 'major win'