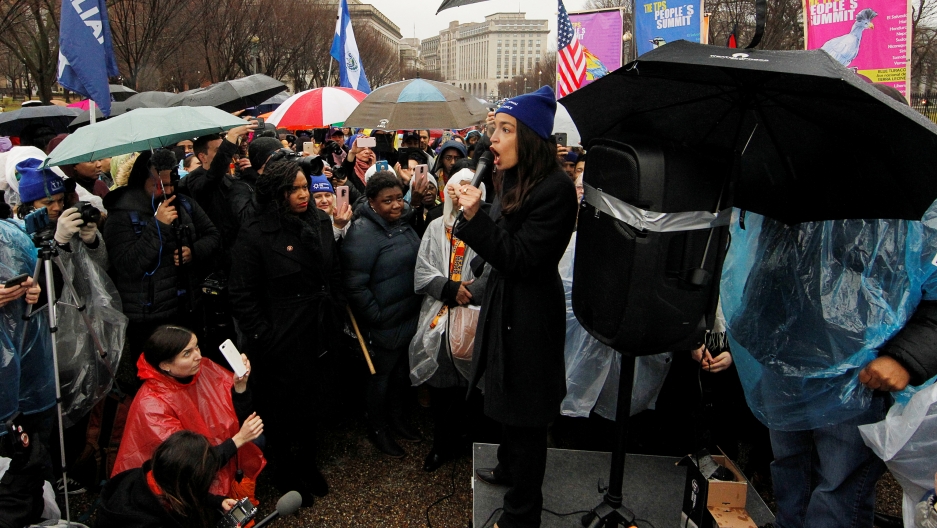 Update: The Democratic-controlled US House of Representatives approved HR-6, the Dream and Promise Act, despite opposition from the White House, which said the move would "reward illegal immigration." Seven Republicans voted for the bill, which passed by a vote of 237-187. There have been no signs that the Republican-controlled Senate would consider the House bill, likely leaving this Democratic initiative to be fought over during the 2020 presidential and congressional election campaigns. Reuters

When Jose Palma, an immigrant from El Salvador with Temporary Protected Status, first started lobbying for a path to legal permanent residency, some members of Congress had never even heard of TPS.

For decades, Palma and others have lived legally in the US, quietly becoming integral parts of their communities. But TPS, a status granted to individuals escaping untenable conditions in certain countries, is one of several immigration programs, including DACA, that the Trump administration has tried to end.

Risk of losing their legal status has spurred TPS holders into action, along with other immigrant groups. And their voices have gotten through to lawmakers.

Democrats in the House of Representatives introduced landmark immigration legislation March 12 in an expansive bill that, if passed, would extend paths to legal status for an estimated 2.6 million non-citizens in the US.

Even though no one expects HR-6 to pass, the bill is historic.

A 'major win' in an uphill battle

HR-6, the American Dream and Promise Act, is among the most inclusive pieces of immigration legislation proposed in recent times. It would apply not only to so-called “DREAMers” and DACA recipients, but also to several groups of immigrants who are at risk of becoming undocumented. This includes individuals with TPS and Liberians with Deferred Enforced Departure status. Many of these individuals have been in the US legally since the 1990s.

Though the bill has strong support and could very well pass in the Democratic-controlled House, it is unlikely to be considered by the Republican-led Senate. It has even less of a chance of being signed into law by US President Donald Trump.

But that's not the end of the story. For Palma and others in his position, HR-6 is proof that advocates for immigrant rights are being heard, and that legal residency is becoming an attainable goal — without the need for political tradeoffs, such as a border wall. 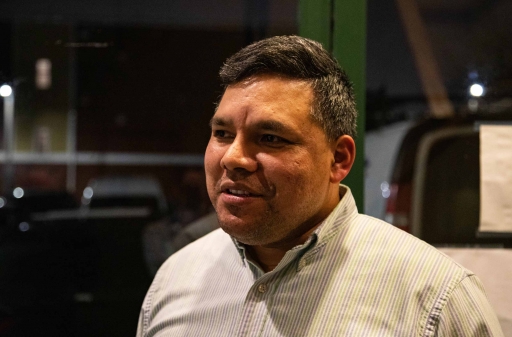 Jose Palma, a TPS beneficiary from El Salvador who has legally resided in the US for two decades, is the coordinator of the National TPS Alliance and helped build a nationwide movement from scratch in the last year.

“What we are seeing right now is the result of a very strong campaign that has been building up and is continue growing at the national level,” Palma says. “We feel that legislators are hearing about the TPS community, and they have been hearing for so many years about the DACA community, so we feel that they are listening and they are paying attention about the efforts and this is kind of, like, the result.”

The bill is one of the first times that Democrats have been willing to put legalization on the table without the give and take of additional funding for enforcement, says César Miguel Vega Magallón, a former DACA recipient who self-deported to Mexico last year. “That's a major, major win.”

“This is a really good step because it's the most sweeping change to immigration law [...] without criminalizing people,” he says. “I think that's a great way to move the conversation forward.”

The bill would pave a way for some immigrant groups to apply for permanent legal status in the US — currently something that they cannot do as beneficiaries of TPS, DACA or DED. Around 2.3 million "DREAMers" — a catchall term for undocumented immigrants brought to the US as children, including DACA recipients — would be eligible for “conditional legal status,” according to the Migration Policy Institute. Around 429,000 TPS and DED holders would be able to immediately apply for a green card.

“It's a really good deal. It has a lot of good things,” Palma says. “It would be nice for that deal to become law. That was my first reaction as a TPS recipient. But as an organizer, I understand that there is a long way to go.”

Related: College 'dreamers' are unrelenting in fight for immigration reform

Daniela Velez, 25, is a DACA recipient and the director of UndocuJersey, an organization supporting current and prospective undocumented university students. She says the issue is also about holding elected representatives responsible.

“Accountability, that's the major thing, and the major discussion is making sure that the people who were elected in office are actually putting their voices to use,” she says. “Another conversation that we're having is: How do we make sure that this bill gets looked at, gets seen and it is not just another promise, another DREAM Act failed?”

Signs of change in the Democratic party?

University of Washington law professor Mary Fan says that HR-6 matters, even if it doesn’t pass, because the legislation is “not about gaining political consensus, but about demonstrating values.”

“The major impacts of the bill are twofold. First, the bill is a form of signaling to people living in the United States in limbo and to the people who know and love them that the Democratic sponsors care and want to help,” Fan wrote in an email. “Second, the proposal further cements the issue of what to do with undocumented migrants as a major dividing line between Republicans and Democrats.”

This is a growing gap. Republican immigration rhetoric today echoes parts of the Democratic party platform of the 1990s, and deportations under President Bill Clinton exceeded both those under George W. Bush and so-called “Deporter-in-Chief” Barack Obama. But the party has increased support for immigrants over the decades.

“One of the things [the parties] look increasingly dissimilar on is immigration,” she says. “Undocumented immigration encapsulates a lot of the values conflicts we have in our society over things like inequity, equal opportunity, and what America stands for.”

I just helped introduce #HR6, the Dream and Promise Act of 2019 to protect Dreamers, TPS & DED holders, and keep our families together. #DreamAndPromiseNOW pic.twitter.com/aFownrc92V

Magallón sees the bill as indicative of a shift in the Democratic party. But he worries it could also be part a Democratic attempt to mobilize Latino and Asian voters.

“If it's an election year ploy, that would be incredibly sad and extremely cynical,” he says.

Velez is also hopeful, but wary.

“Even though the Democrats are in the House, it's very hard to put in so much hope in faith that they will do 'the right thing,'” Velez says. “We have seen how DACA has been used as a political pawn, so it is nothing new that our hopes have gotten up for them to come back down.”

Still, the bill is a reflection of the way America and the Democratic Party itself is changing, Fan says. It's about “the rise of younger voters, people of color, for one, and [the Party's] ability to attract these new voters. […] It is making a statement that this is what the Democratic party in its current iteration stands for.”

The Trump administration shocked much of America when images of children in cages flooded the news last summer. It has separated asylum-seeking families at border crossings, and broadened deportation priorities to include longtime US residents and undocumented parents of US-born children. But HR-6, in addition to creating a path to legalization, would allow some who have been deported to return.

For Velez — who left Venezuela with her family in 2002, fleeing political and economic instability — deportation is a life-or-death question. Returning to her home country is not an option.

“If I stay in the US, I'm fighting [an] anti-immigration president who has dehumanized my community and so forth, but I get deported, I'm going to be fighting for my life.”

“We've been having this conversation since Trump was elected of 'what if?'' Velez says. “If I stay in the US, I'm fighting [an] anti-immigration president who has dehumanized my community and so forth, but I get deported, I'm going to be fighting for my life.”

Real immigration reform, says Velez, has to ensure families can remain together.

“I don't want immigration reform unless my mother is involved,” Velez says. “So the bill should also portray that — that we are helping you and getting you a pathway to citizenship so that families, you know, can stay together.”

Related: Children of TPS join marchers in Washington by staging urgent play: ‘Will somebody please help me?’

For some, any bill has come too late. Liberians with DED will lose their legal status in less than two weeks; last year Trump announced he would not authorize its renewal. DACA and TPS recipients also remain at risk.

While they agree HR-6 is a step forward, Fan, Palma, Velez and Magallón all point out that the cyclical nature of the immigration debate takes an emotional toll on the individuals who are living through it.

“They are real people's hopes and fears that are at stake,” Fan says. “People's hopes have been raised and dashed, but when it's your entire future at stake, you can't help but hope.”

Editor's note: Due to an editing error, a previous version of this story misstated which house of Congress the bill was likelier to pass.