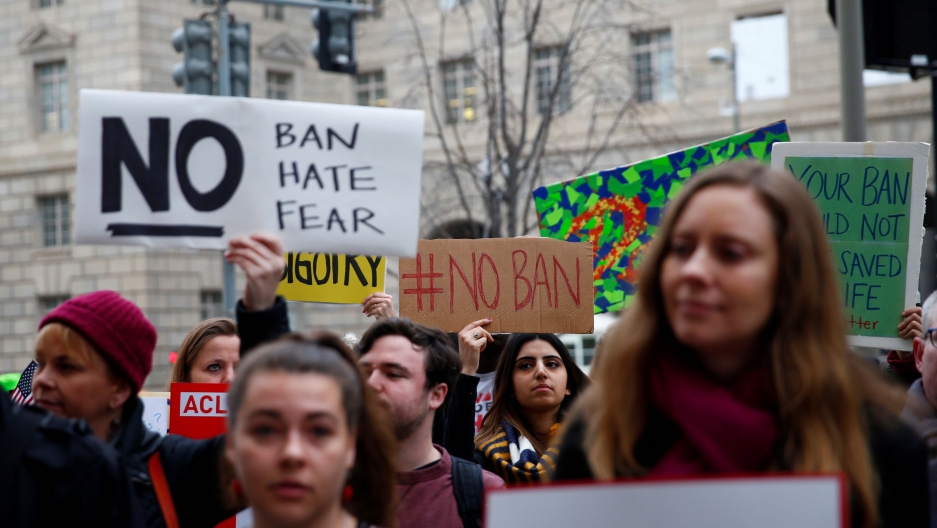 Immigration activists, including members of the DC Justice for Muslims Coalition, rally against the Trump administration's new ban against travelers from six Muslim-majority nations, outside of the US Customs and Border Protection headquarters in Washington, on March 7, 2017.

College senior Ana Tobar has advocated for immigration reform since her freshman year at George Mason University in northern Virginia, near Washington, DC. Tobar, 21, a double major in global affairs and communication and an immigrant, herself, has often focused on finding allies to help empower undocumented students to achieve a university degree.

One way she has done so is by organizing training sessions to raise campus awareness about the financial and emotional struggles of students without immigration documents, hoping to stir empathy that might translate into action.

Since President Donald Trump’s inauguration, though, the conversation has shifted. It's become more pressing.

“Now, people ask what it would look like if students don’t have DACA anymore,” said Tobar, referring to Deferred Action for Childhood Arrivals. The program, introduced by President Barack Obama in 2012, provides temporary relief from deportation for immigrants who entered the country illegally as minors.

There are more than 300 DACA beneficiaries at George Mason, said Tobar, president of the student group called the Mason Dreamers. It takes its name from the Dream Act, a separate piece of legislation to give students a pathway to citizenship. And Trump’s promises to ramp up deportations have them worried, she said.

Related: President Trump, how will your administration deal with US-citizen children whose parents are deported?

Ana Tobar is a senior at George Mason University who has been an activist for immigrant rights.

Trump told a joint session of Congress last month that immigration reform must “focus on the following goals: To improve jobs and wages for Americans, to strengthen our nation's security, and to restore respect for our laws.”

Still, Tobar, who immigrated to the United States from El Salvador at age 5 and was naturalized two years ago, is not optimistic.

Related: A 19-year-old undocumented student — authorized to be in the US — was detained and then let go by federal agents

She is not the only one with questions about what immigration reform would look like under Trump.

“This is the Trump administration’s pattern, right — stating they’re going to do something, but not stating how,” said Martha Zavala Perez, a 25-year-old DACA recipient from California who attended Trump’s speech to Congress as the guest of Rep. Julia Brownley (D-Calif.).

Perez, who teaches public speaking at California State University Channel Islands, said she would support legislation that takes into consideration the human impact of immigration enforcement but Republicans have shown little interest in hearing from those who might be hurt.

It's as if the “idea that the undocumented community can even negotiate is preposterous,” she said. “Basic discourse tells us that in order for a law to be just, everyone must be at the table. But those of us impacted don’t get a say.”

Related: Weighing the risks of a 'sanctuary' campus 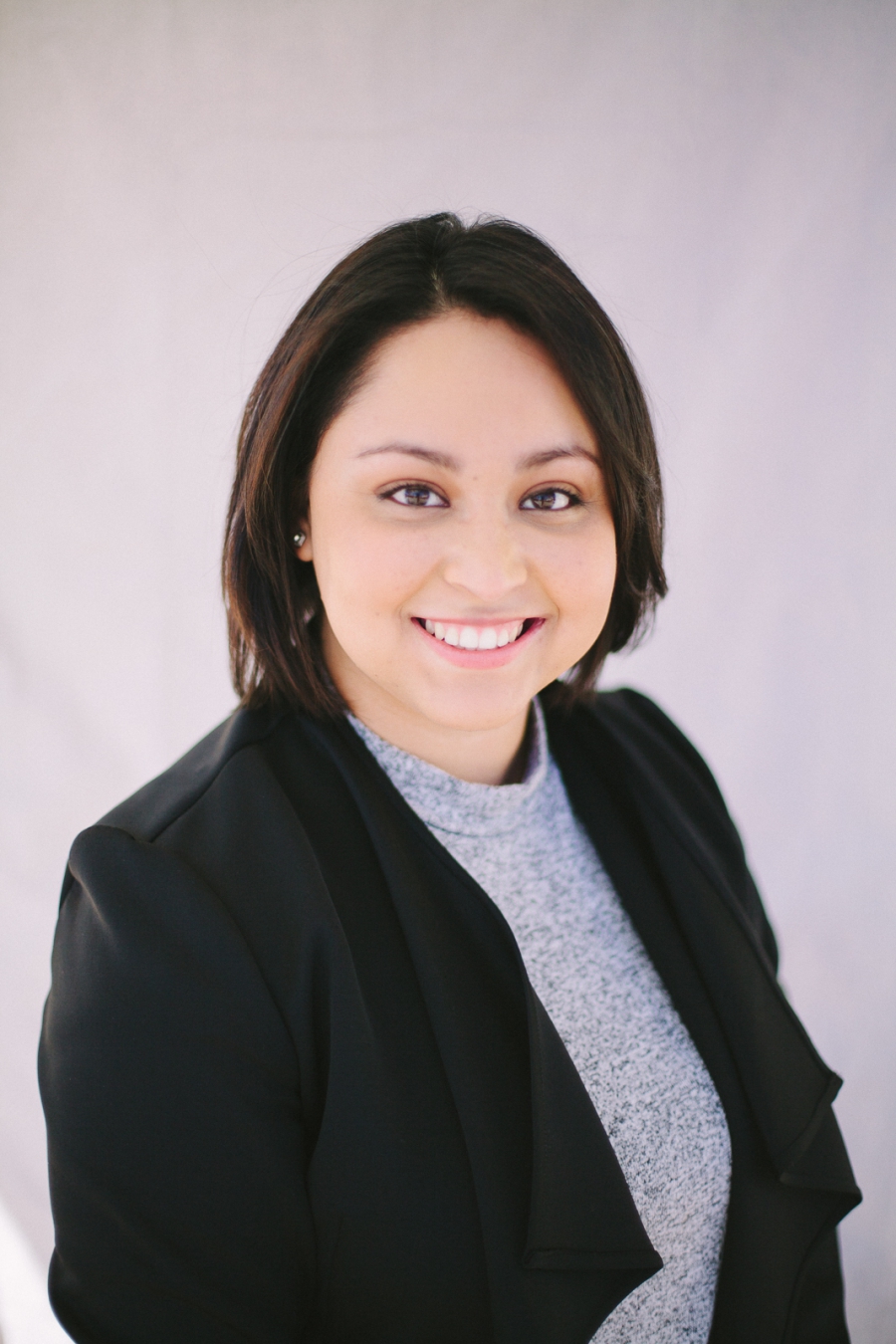 Martha Zavala Perez has benefited from DACA, but she says it isn't a perfect solution for helping immigrants brought to the country as children.

While Perez, who holds a master’s degree in communication, would not have gotten through college and found a job in the US without DACA, immigration advocates recognize it is not a perfect solution for children brought to the United States without immigration documents; as an executive order, it can be rescinded easily.

“What we keep pressing for is a permanent legislative solution,” said Jacinta Ma, director of policy and advocacy at the National Immigration Forum.

Ma said it is possible to find bipartisan support for an immigration reform bill that supports immigrant rights to remain in the US. One example is a measure introduced by Florida Republican Rep. Carlos Curbelo on Friday, she added.

The bill proposes three paths to legal status for children brought to the United States unlawfully: enrolling in college, serving in the in the armed forces or obtaining valid work authorization.

But Curbelo's bill, like DACA before it, falls short, said Rodrigo Velasquez, a Mason Dreamers advisory board member.

Limiting legal status to those who attend college or complete military service, Velasquez said, ignores the barriers faced by immigrants without proper documents to complete high school, including a lack of access to resources, and, in general, poverty.

Velasquez said he was able to attend college only because of scholarships. But he doesn't think that legal status should be exclusive to those who've had the same opportunities he's had.

“We believe that everyone should have a pathway to a status so they don’t live in fear of deportation, detention and other abuses,” he said.

Rodrigo Velasquez says that a path to citizenship should be offered to everyone.

While Trump has not explained what type of immigration reform he would support, Velasquez, 22, imagines the legislation would include increased border security, a Trump administration priority.

Velasquez, who graduated from George Mason University last spring with a degree in communication, said he could not personally support a measure that intensifies the military presence at the southern border.

But given the divisiveness of the immigration debate, he recognizes it’s a concession his community may have to make, at least in the short term, to move forward.

“I’m willing to fight for my community,” he said. “If my community tells me this is something they genuinely want … I’ll listen to them, and I’ll navigate the clash of my values and that legislation. But I will not end my advocacy, and Mason Dreamers won’t end its advocacy until there is comprehensive reform.”

An earlier version of this story incorrectly stated the location of George Mason University.