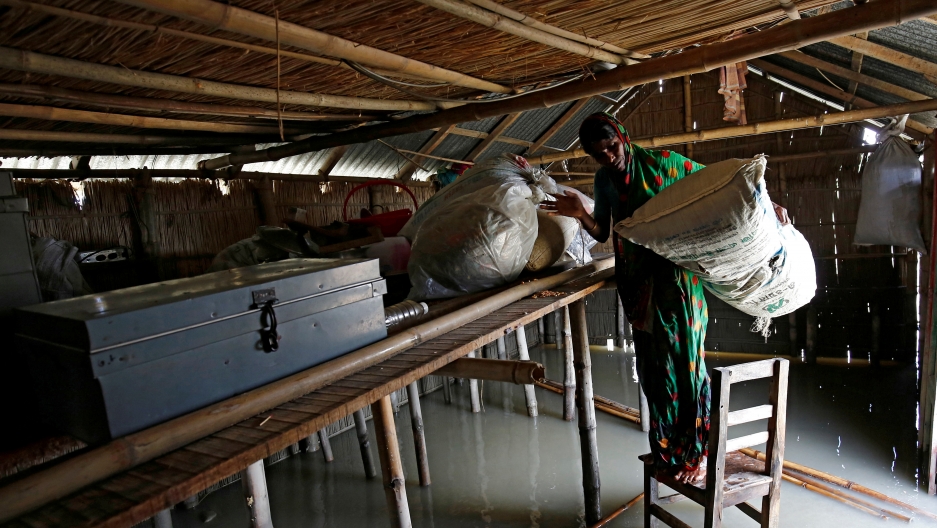 A woman takes her household items from a flooded house as she moves to a safe place in Bangladesh.

Around 40% of the global population lives in coastal areas less than 100 km from the ocean, facing climate challenges such as rising sea levels, heavy rainfall and extreme flooding. This causes loss and damage of US$40 billion annually. According to the UN’s Sendai Framework for Disaster Risk Reduction, between 2002 and 2012, 700,000 people died, more than 1.4 million were injured and about 23 million were made homeless as a result of such disasters.

In Bangladesh, some 45 million people live in areas where extreme cyclones frequently destroy homes and livelihoods. After interviewing a woman there who lost a child in a flood and was then abandoned by her husband, I wanted to address the problem practically. And that is how Dream Homes, the Dundee University project that has just won the UN’s prestigious Risk Award, was born.

In communities that are vulnerable to storm disasters, people have few choices. They are not willing to abandon their homes and move to emergency shelters because they risk losing their livelihood, although often they have no choice if everything is destroyed. Disasters also restrict access to food, water, electricity and other necessities.

Related: Iran wasn’t ready for these huge floods. But they should get ready for more in the future.

So our plan was to design resilient floating homes that would enable families to survive in the aftermath of extreme flooding while producing food, water and energy, and also provide sustainable ways to make a living.

We designed and built three 2,100-square-foot prototype homes for $12,000 each in the pilot phase of the project, which was funded by the Global Resilience Partnership in conjunction with the Centre for Climate Change and Environmental Research (C3ER) at BRAC University in Dhaka, Bangladesh.

Crucially, the homes were co-designed by local people in an inclusive effort to empower disadvantaged families. All through the design and construction process we held workshops to find out what people needed most in a home that would not sit on land. For adults, this included a central “courtyard” space, for example, and for children, a space to play in. Through close collaboration we were able to make the best use of local materials and integrate traditional building methods with our own technologies and innovations. This input not only improved the structural designs but ensured a sense of ownership of the project in local people afterward.

Each home was built over a 40-ton buoyant platform which acts as a raft, allowing the house to rise vertically above floodwater by sliding on two guideposts. The structure can withstand category three cyclones, medium-level earthquakes and riverbank erosion. 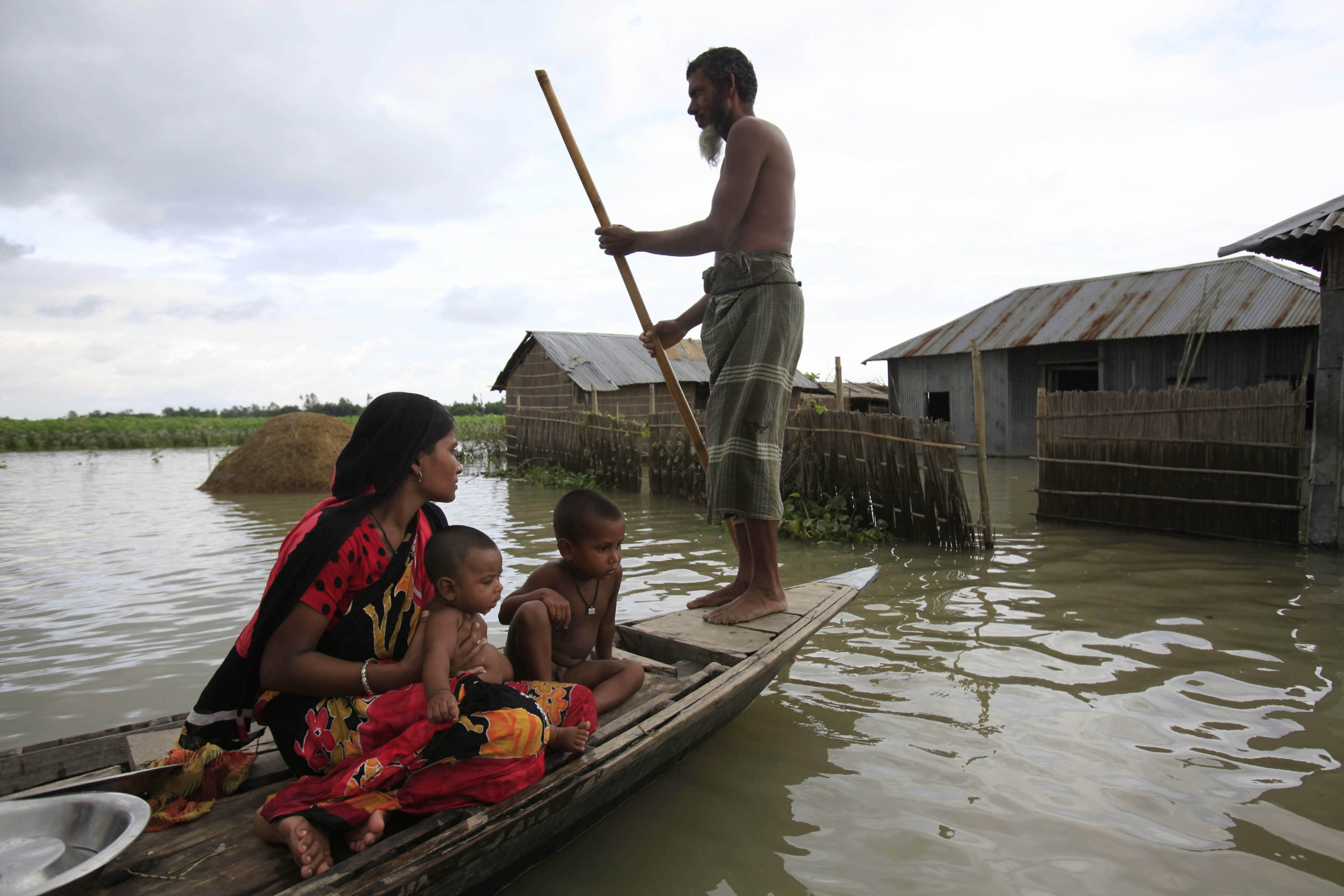 People travel in a boat as they make their way through a flooded village in Bangladesh.

The homes have the capacity to hold 17,000 liters of fresh drinking harvested from rainwater which can supply the domestic water demands of a family for six months. There is room to keep chickens in an enclosure and vegetables can be grown vertically in soil pouches, and in an aquaponic system without soil, so that an income can be earned through selling eggs and produce.

An innovative sanitation system called a bio-digestor converts all the waste from the kitchen, toilet and chicken coop to generate methane gas that can be used for cooking fuel. So the home doesn’t pollute the surrounding environment, and good standards of hygiene can be maintained.

The desolate woman who lost her child made me understand how risk evolves from multiple climate disasters and extends suffering through a series of knock-on effects. But the problem is not actually risk, but rather the inability to manage risk.

Poverty erodes people’s ability to adapt to multiple risks in their lives. Plus diminishing natural resources and social and economic inequalities all serve to increase their vulnerability. Our flood-resilient homes are designed to help people find ways to manage the risks of sea-level rise, storm surge and salinization (when saltwater intrudes on inland water and soil).

These homes will allow people to continue making a living after a flood with adequate access to food, water and energy — the things that enable communities to think beyond immediate survival, continue to make a living and utilize resources to improve their situation.

Above all, we understood from our discussions with local people that this should be a — not a house. Home equals safety, family, the place that provides security, a sense of identity and belonging, and a feeling of pride. For the future we plan to use the €100,000 prize money to bring the project to scale in the flood-prone river basins and deltas of Bangladesh. And we will continue our research to bring the cost down by half, making these sustainable and affordable homes even more accessible to rural communities all around the world.

Nandan Mukherjee is a PhD candidate in geography and environmental science at the University of Dundee.