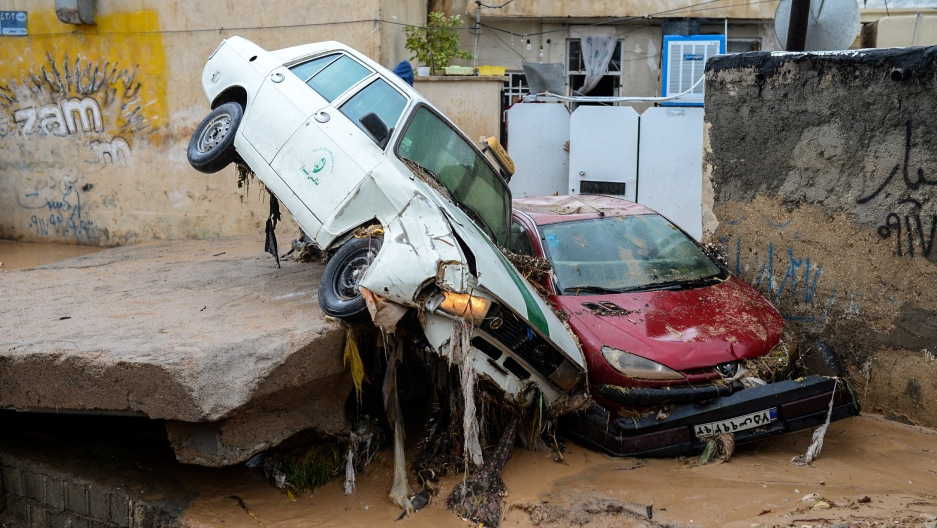 Damaged vehicles are seen after a flash flood in Shiraz, Iran, March 26, 2019.

Since March, Iran has been ravaged by record rainfall and unprecedented flash flooding. At least 26 of 31 provinces have been impacted by the deadly floods.

One city received 70% of its annual rainfall in a single day. Dozens of people have died.

"This is the largest disaster to hit Iran in more than 15 years," Zahra Falahat, the Iranian Red Crescent’s under secretary general for international affairs and international humanitarian law, said in a statement. "Entire villages [were] washed away in a matter of minutes, countless homes and buildings [were] damaged and completely destroyed.

Pictures and videos posted on social media show total destruction. A video posted on Twitter shows cars and trucks being tossed around in the water, like toys. One car floats by while a man clings to its roof.

The Iranian government has been accused of mismanaging the response to the disaster, with some residents of afflicted areas complaining that action has been slow and insufficient.

But Iran's Red Crescent has repeatedly complained that US banking sanctions reimposed last year make it impossible to receive donations from outside the country. US Secretary of State Mike Pompeo put the blame on Iran's leaders.

"These floods once again show the level of Iranian regime mismanagement in urban planning and in emergency preparedness. The regime blames outside entities when, in fact, it is their mismanagement that has led to this disaster," Pompeo said in a statement. 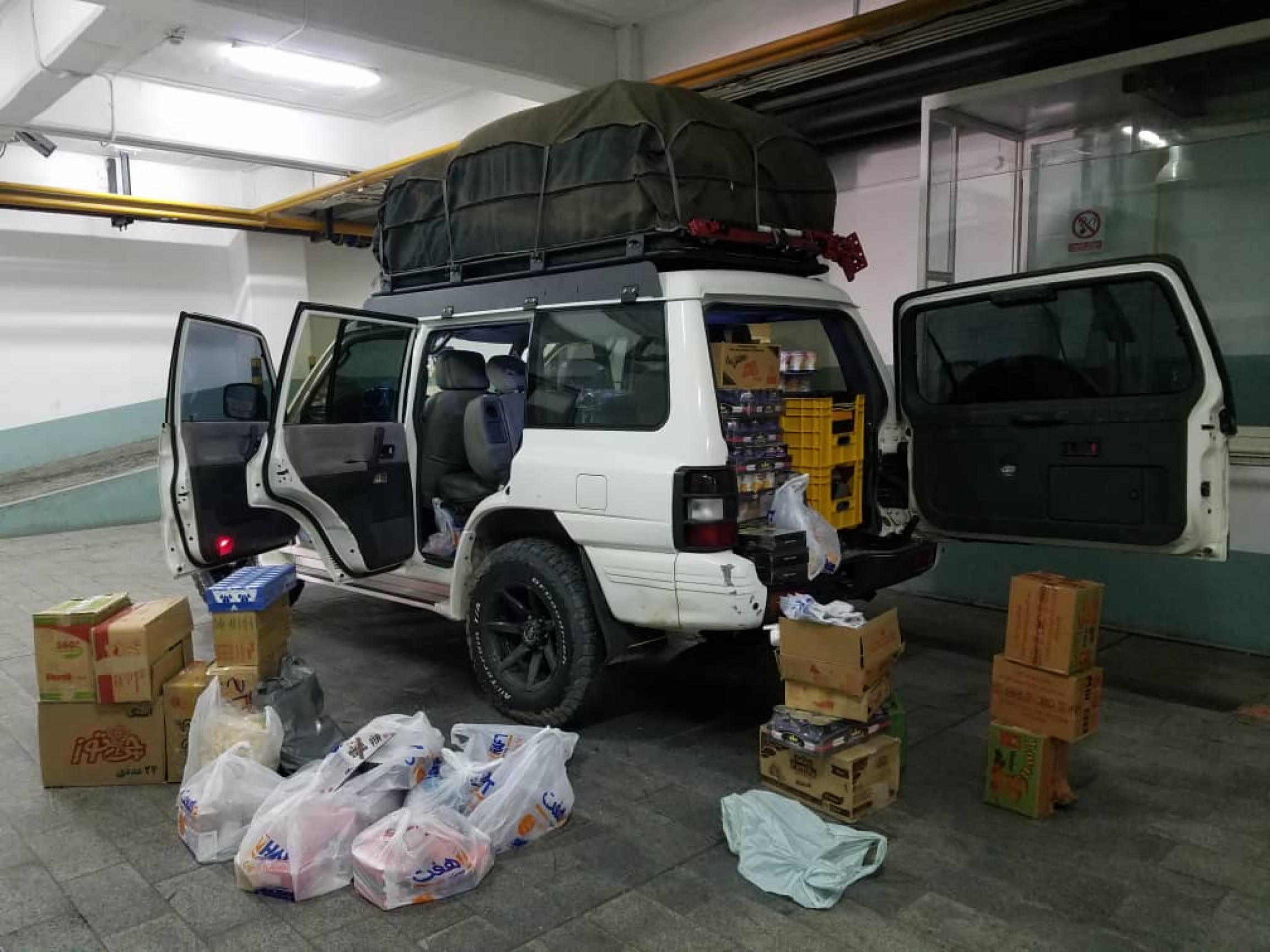 Ali Asaei, who lives in Tehran, Iran, collected donations for residents of the flooded areas.

While the political finger-pointing continues, Iranian volunteers have been stepping up to help.

One of them is Ali Asaei, a Tehran-based photographer.

Speaking from his home, Asaei says when he heard about the floods, he knew immediately he had to help.

After all, he’d seen how messy aid distribution can get in Iran in the aftermath of disasters. Last year, after an earthquake hit western Iran, he volunteered to help. He says he saw some survivors receive an abundance of aid while others went without.

After the recent floods, Asaei posted a story on his Instagram page and asked for donations. In just one day, he collected about $6,000, mostly from his friends and family. Then, he went shopping. He bought tents, blankets and sanitary napkins, something that he says people often forget in times of disasters.

Through friends and connections, he made sure the roads were safe enough to pass and that his presence wouldn't hurt any other relief effort on the ground. Then, he loaded the supplies to the back of his SUV and headed toward western Iran.

Asaei shared a recording from one arduous trek to deliver aid to a small village that's completely surrounded by water from an overflowing river. There is no road — just water. Eventually, Asaei and a couple of other men find a boat. When they cross to the other side, locals run toward them to collect the aid.

Having volunteered to help after a string of disasters in recent years, Asaei says he's conflicted. On the one hand, he says, he doesn’t want to do what the government should be doing. On the other, he knows if people like him don’t help, maybe nobody will.

The Iranian government didn’t respond to a request for comment. But Kaveh Madani, who used to be the deputy head of Iran’s Department of Environment, said he is disturbed about the response to the floods. "To see the people of your country going through all these troubles which could have been avoided with some planning and foresight," he said.

Madani went to school in the US and Europe. In 2017, he went back to Iran to work at the Ministry of Environment. He was critical of the government’s environmental policies — specifically, how it has mishandled water management for decades. "There was a group of hard-liners and radicals who were operating for years in a certain way. They were not happy with my statements," Madani said.

"They blamed me for my efforts to ratify the Paris Agreement, arguing that I wanted to limit development in the country, you know — the same argument that Donald Trump is making about the Paris Agreement and how destructive it is to the economy."

Among other things, he thought the government was ignoring the effects of climate change on rainfall. And the need to better prepare. The response was fierce: "They called me a 'water terrorist;' they called me a "bioterrorist,"" explained Madani. "They blamed me for my efforts to ratify the Paris Agreement, arguing that I wanted to limit development in the country, you know — the same argument that Donald Trump is making about the Paris Agreement and how destructive it is to the economy."

After roughly six months on the job, Madani resigned. He left Iran and is now a researcher at Yale University.

Today, he shakes his head at the Iranian government’s response to the floods.

"You know, why they’re operating this way. Why they’re not prepared at all for evacuation and rescuing the victims and so on." 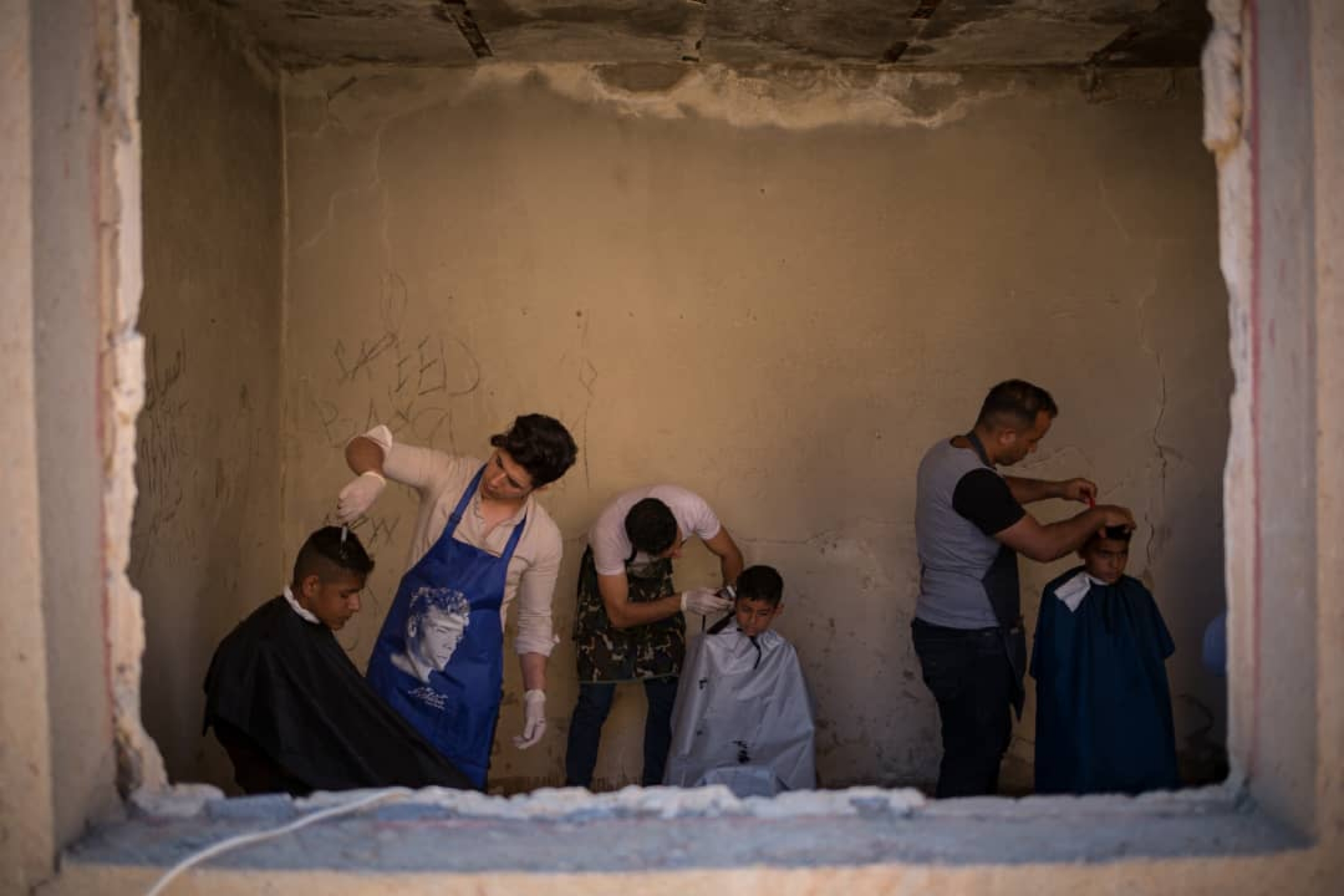 Meanwhile, neighboring countries like Afghanistan and Iraq have also been impacted by the floods.

And the governments in the region weren’t the only ones caught off guard.

Jay Famiglietti directs the Global Institute for Water Security at the University of Saskatchewan in Canada. He’s studied water and climate change for decades.

"For someone like me who is a hydrologist and a climate scientist who’s been watching this region just dry out progressively for about a third of my professional career and then to turn on the news a month ago and start to hear about all these floods, it’s really crazy."

"For someone like me who is a hydrologist and a climate scientist who’s been watching this region just dry out progressively for about a third of my professional career and then to turn on the news a month ago and start to hear about all these floods, it’s really crazy," Famiglietti said.

Climate change is leading to more extreme weather around the world, he says. It is causing worse droughts, heat waves and bigger storms.

It can also mean more sudden swings between these extremes.

Famiglietti says climate change probably played a role in the flip between drought and flood in Iran.

"Another way to think of it is, would this have happened with the severity if climate change were not happening? And the answer is probably no," he said.

Famiglietti believes this is the new reality. And countries like Iran need to get ready.

"With this increasing frequency of these catastrophic floods, we do have to ramp up our emergency response, our preparedness all over the world," he said.

Editor's note: Full disclosure: Ali Asaei is a friend of the reporter's.