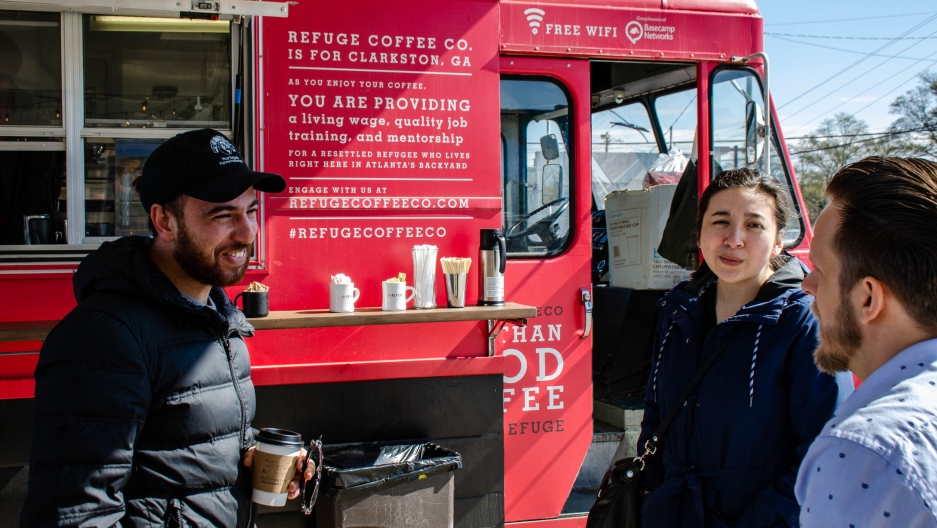 Clarkston, Georgia, is often referred to as the Ellis Island of the South. Some 60 languages are spoken in this city of 13,000 just outside of Atlanta, and perhaps half the population is foreign born. Many are refugees.

Felix Hategekimana is a refugee from Rwanda, a soft-spoken man who doesn’t talk much about his backstory, except to say that he fled violence back home: “We have political issues and security [issues].”

But Hategekimana says there’s more to the troubles in Rwanda. Droughts and floods have plagued his country in recent years, and that’s led to more people migrating.

You hear a lot of stories like this from refugees in Clarkston. Legally, there’s no such thing as a "climate change refugee." Refugee status is only awarded based on a well-founded fear of persecution due to race, religion, nationality, political opinion or membership in a social group — not because your home got wiped out by a flood, or your crops were destroyed by a drought. 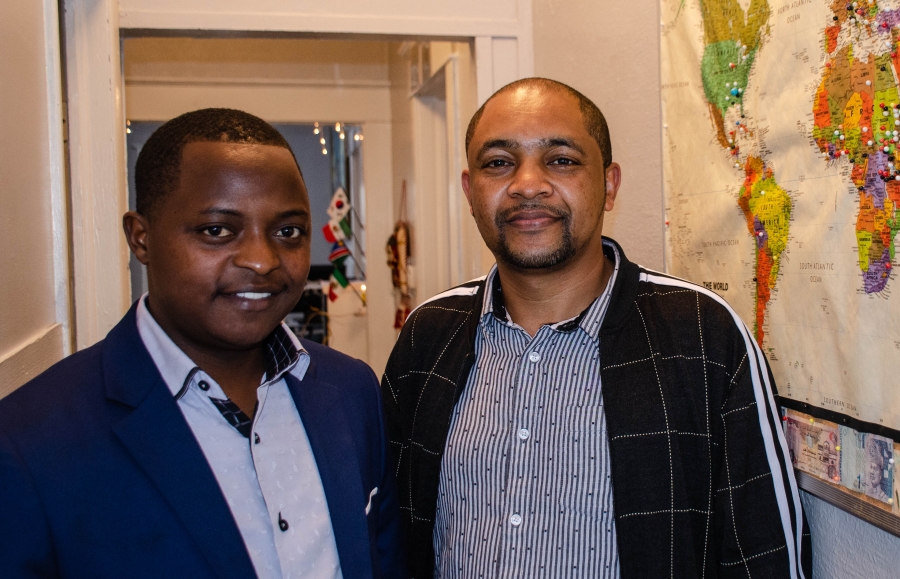 Felix Hategekimana, left, and Mekuanet Gelagay from Ethiopia stand next to a map at the Friends of Refugees center with pushpins designating places from where people have relocated to Clarkston, Georgia.

But Clarkston’s mayor, Ted Terry, says the impacts of more extreme weather are woven throughout the lives of many new residents here.

“You hear these stories of, ‘My journey to refugee status happened because of my entire town being decimated in terms of the agricultural economy.’ The story they tell is that it really exacerbated economic conditions, increased unemployment,” Terry said. 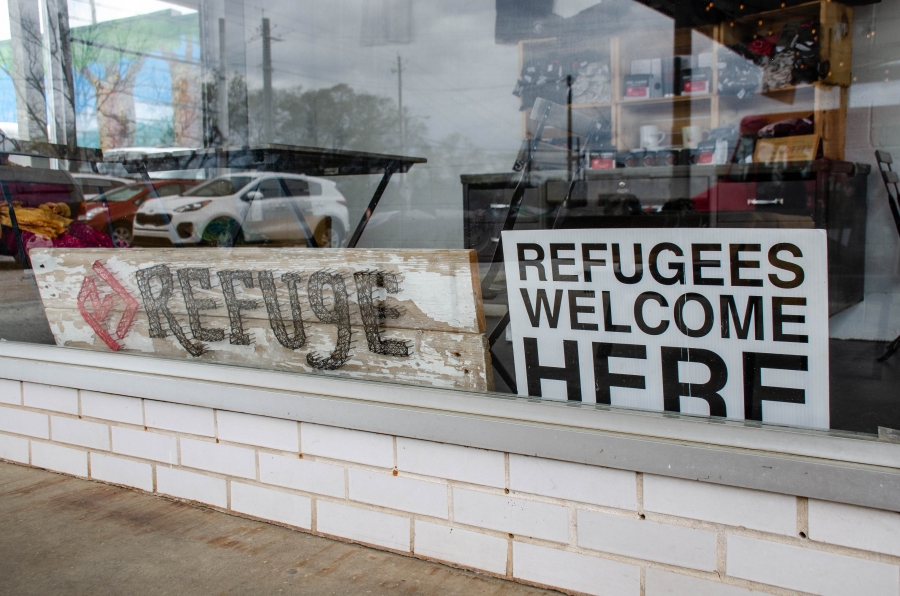 Climate scientists agree that storms are becoming more severe, and the trend is only going to continue. Case in point, the Category 4 cyclone that struck southern Africa recently has left at least 600,000 people displaced. The immediate needs there — food, clean drinking water and shelter — are stark. After that, a big question: rebuild or relocate?

It’s a dilemma that many people across the globe are facing, which will inevitably lead to more people on the move. But the world still hasn’t agreed on what to do with so-called climate refugees.

Related: Commentary: The border wall problem few of us are talking about? Climate change.

A decade ago, Syria suffered a severe drought. A significant body of research links that drought to climate change on the one hand — helping sow the seeds of Syria’s civil war — and a massive international refugee crisis on the other.

But Alarmash can’t say that a lack of rainfall led people to flee Syria.

“I don't know. I don't have any information about that, like climate change,” Alarmash said.

An inability to pin the seeds of conflict on climatic shifts isn’t unusual; the relationship between climate change and forced migration is immensely complicated.

“There's a lag between effect, conflict, displacement and refugee crisis,” said Brian Bollinger, executive director of the Friends of Refugees group in Clarkston.

A drought can destroy people’s food supplies and livelihoods. That can lead to internal migration, inflame tensions and maybe even contribute to conflict and a refugee crisis. But all of this can unfold over years. And climatic shifts can play out over decades, so the fingerprints can be subtle and difficult for even migrants themselves to recognize.

“The climate is the last thing in their mind. They know it's all related, but they just say, 'This is from God.' They don’t say this is a man-made thing. They conclude this is Allah’s wishes.”

“The climate is the last thing in their mind. They know it's all related, but they just say, 'This is from God,'” said Omar Shekhey, a Clarkston resident who is originally from Somalia. “They don’t say this is a man-made thing. They conclude this is Allah’s wishes.” 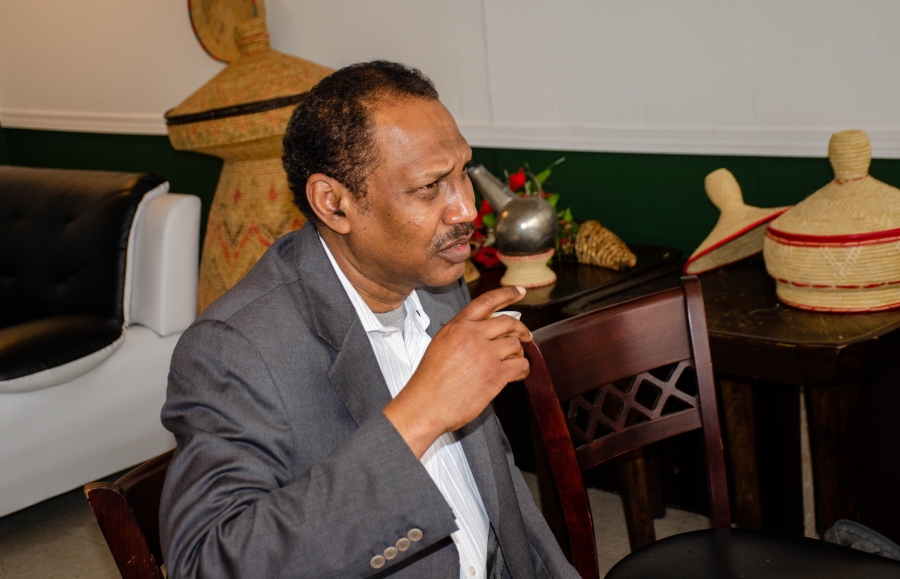 Omar Shekhey, who runs the Somali American Community Center in Clarkston, Georgia, says refugees might not be aware of all the issues surrounding climate change, but he says you can’t separate changes in the climate from many conflicts that are driving people to flee their home countries.

Shekhey came to the US on a student visa back in the 1980s and was educated as an engineer. Today, he runs the Somali American Community Center in Clarkston and works with immigrants and refugees from his native country. To him, the links between climate change and displacement are clear.

“It goes together — the civil war, the war and the climate, you cannot separate them.”

Shekhey says when he went to help his family in a Kenyan refugee camp, his brother told him that Somalis back home weren’t just dying from bullets.

“He said, ‘Omar, we used to count bodies and most of the bodies that we count, people were dying for lack of food, from disease.’”

Still, Shekhey says most Somali refugees aren’t connecting the dots to climate change. But as global temperatures continue to rise, Mayor Terry, who also works with the Sierra Club, believes that those dots will become clearer, even in the US.

“We're looking at a future, I think, if we don't take steps to reverse global warming, we're looking at potentially hundreds of millions of people around the world, including you know, in America, Louisiana. Their coastline is disappearing,” Terry said. “And so, at some point, there has to be some sort of recognition and define what it means to be a climate refugee.” 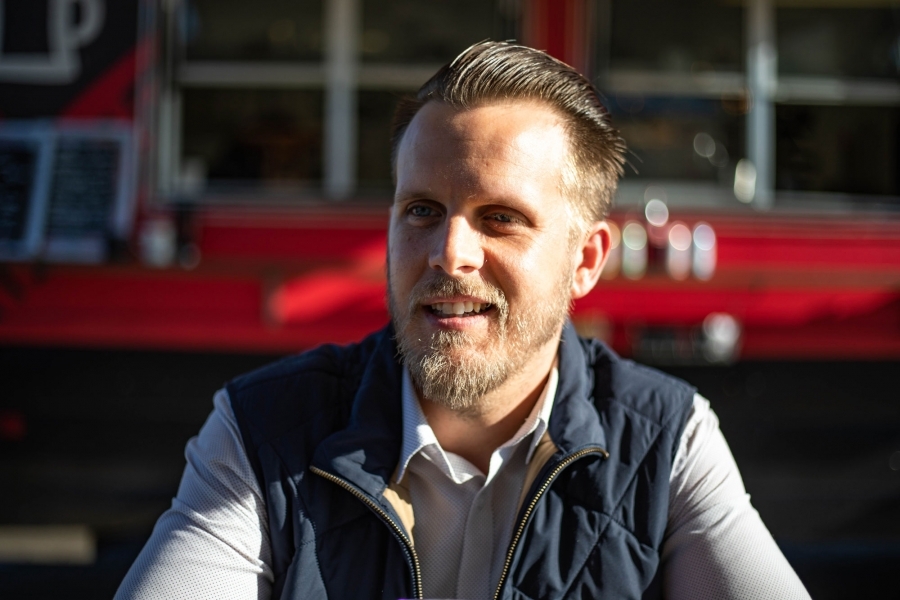 Clarkston, Georgia's mayor, Ted Terry, wants to address the root of climate change and has pushed his city to commit to running on 100 percent renewable energy by 2050.

The International Organization for Migration (IOM) estimates that one person was displaced each second, on average, by a climate or weather-related event worldwide between 2008 and 2016. And remember, to state the obvious, the life of a refugee is hard. It’s a second chance, and most people aren’t asking to leave their home countries. The Pentagon recently put out a report saying climate change is leading to more wars and forced migration.

That's why Clarkston's mayor also wants to address the root of the problem, starting in his own community. It's one reason Clarkston is committing to 100 percent renewable energy — instead of fossil fuels — by midcentury.

“In some way, we're trying to alleviate future calamities. We just have to do our part; we have to consider ourselves part of the global community.”

“In some way, we're trying to alleviate future calamities,” Terry said. “We just have to do our part; we have to consider ourselves part of the global community.”

Clarkston is hoping to get to green while also helping out some of its newcomers. Refugee Hategekimana is one of a dozen people who took a solar panel installation class at the Friends of Refugees center.

“If you get your certificate in solar energy, maybe you can get a better job where you can help yourself to have a better life in the United States,” Hategekimana said.

Solar installation pays extra dividends, providing low-carbon energy and resilience against the effects of extreme weather events like bigger storms and floods that can knock out the electrical grid.

The efforts in this small city — a few more solar panels and welcoming refugees — won’t solve a worldwide crisis that’s only getting worse. But in Clarkston, people with firsthand experience say, everybody has to do their part.