The elderly woman walked through the field of baby coffee plants, watering them one by one. It was another bad year.

She has worked here since she was a kid — she reckons she has done just about every job there is on the farm in Sonsonate, El Salvador — and remembers when every coffee plant would yield three baskets of seeds. 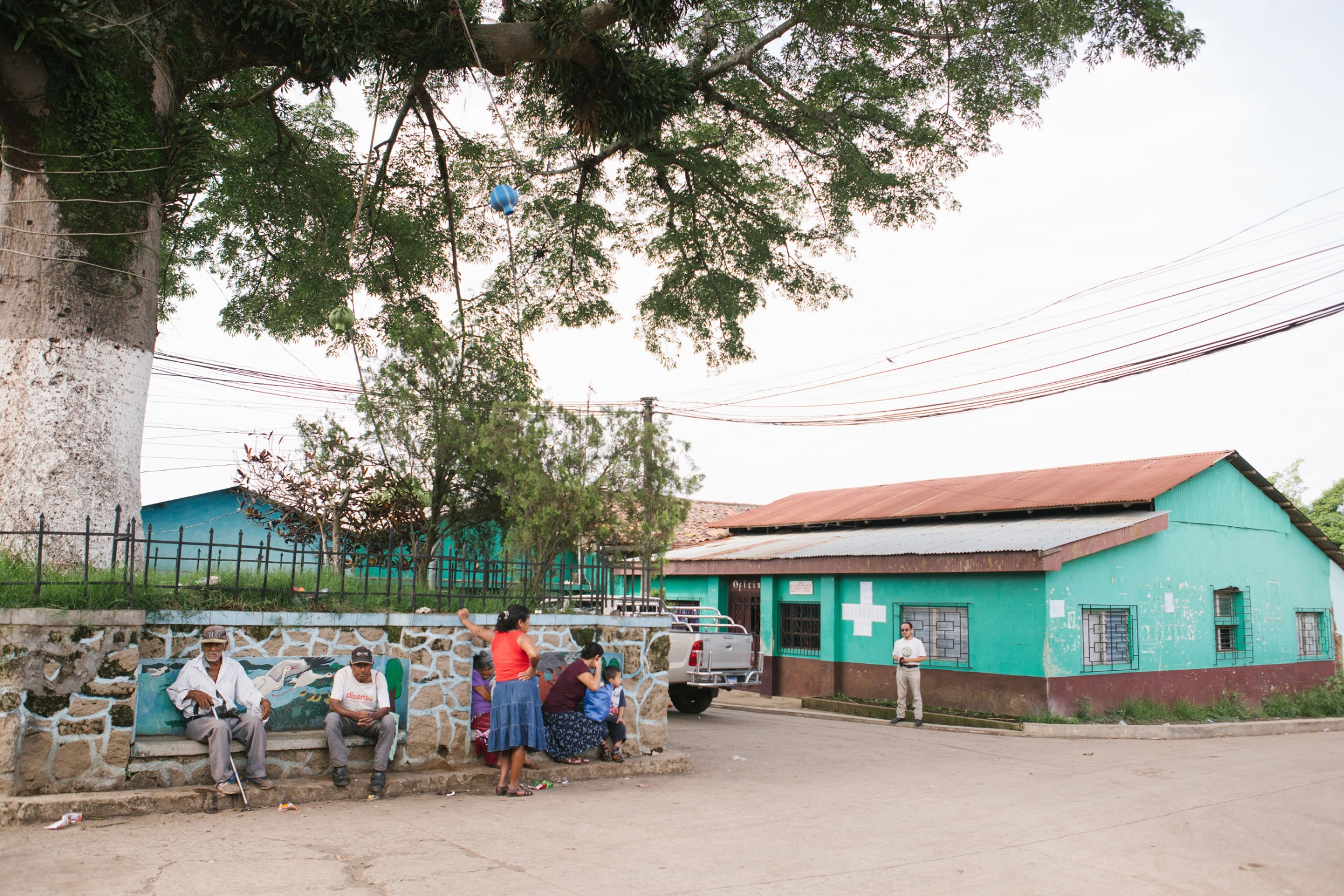 Locals sit at a bus stop in San Isidro, El Salvador. Coffee was once one of the main agricultural items produced in the area.

The decline of El Salvador’s coffee industry goes back decades and is the result of a lot of problems: the low price of coffee on the market, lack of investment in the farms and agricultural pests. But farmers, agricultural experts and environmental academics also point to another factor compounding the challenges: climate change.

Coffee exports, once the backbone of El Salvador’s economy, have fallen by more than half in the last 10 years, according to the Salvadoran Coffee Council. And as production has plummeted, work has dried up. El Salvador’s coffee industry has lost more than 80,000 jobs over the same period, contributing to the wave of migration north.

Nearly 20% of the population of this tiny Central American country now lives in the US.

“In past decades, you had hundreds of thousands of people working on coffee farms to harvest coffee and to process it. Because of the low production and low investment in coffee, a lot of those farm workers are choosing to migrate to earn seasonal income rather than to work on coffee farms.”

“In past decades, you had hundreds of thousands of people working on coffee farms to harvest coffee and to process it. Because of the low production and low investment in coffee, a lot of those farmworkers are choosing to migrate to earn seasonal income rather than to work on coffee farms,” said Paul Hicks, a coffee and water specialist with Catholic Relief Services in El Salvador. 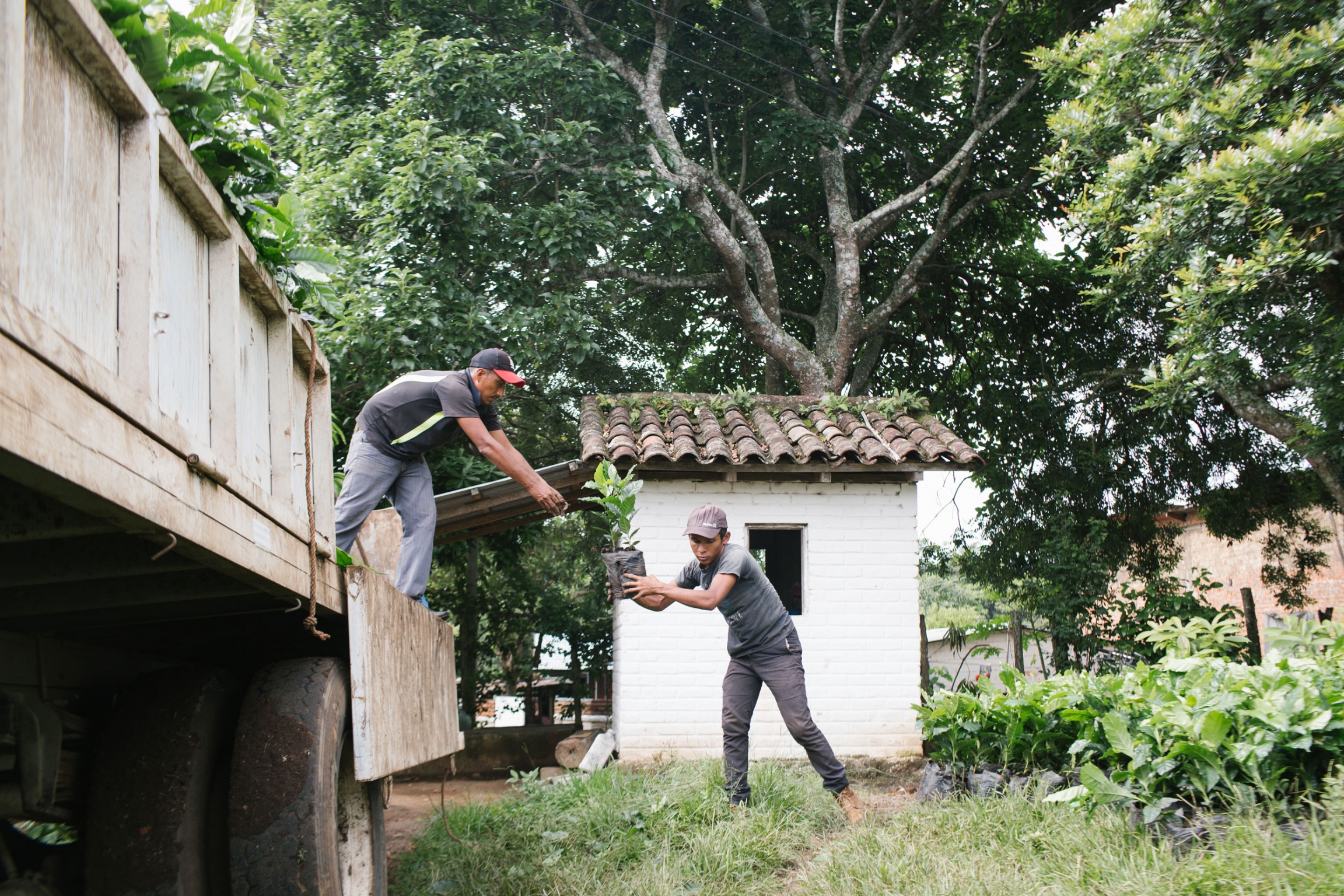 The San Isidro coffee farm, where del Carmen works, is a microcosm of what’s happening across El Salvador. Instead of 10 workers dedicated to watering the plants, there are just two. Dozens of women used to sift through the coffee beans, picking out the substandard ones. Now, it’s just a handful.

Related: Commentary: The border wall problem few of us are talking about? Climate change.

“There used to be tons of people who worked here,” said Óscar René Turcios, the overseer who estimates he’s been working on the farm for 45 years. He said in the 1970s, the farm produced around 4,000 tons of coffee. This year, it’s producing only around 300 tons, a decline even from the last couple of years, when production was already low.

“The fall of coffee, we also know it’s because of La Roya more than anything,” he said, referring to a fungus that decimated coffee harvests across Central America in 2012 and 2013. And the effects of La Roya, or coffee leaf rust, are still being felt, Turcios said, because it left the plants debilitated. 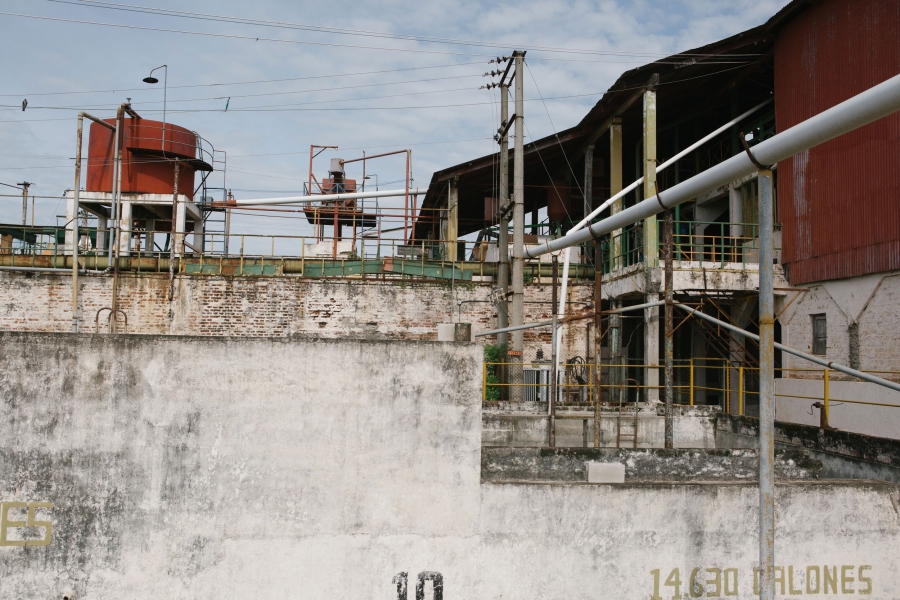 Climate change has made things worse still. Turcios said in recent years, the normal rainy season — which starts in May — has been dry. Instead, the rains sometimes come early, which makes the coffee plants flower, but then the rains stop and things dry up.

The normal rainy season arrives late, or not all.

“It’s been a big problem,” he said, the deep lines on his face furrowing even more.

This erratic weather is taking a big toll, agricultural experts say, compounding the challenges for coffee farmers at a critical moment. 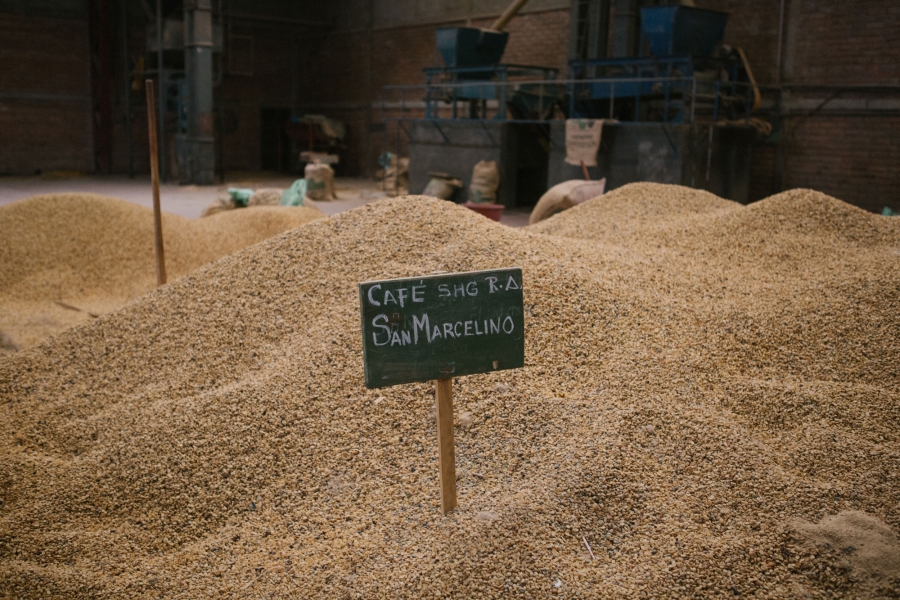 Coffee beans sit on the floor of the warehouse of the Finca San Isidro in San Isidro, El Salvador.

The question of investment is also key. Experts say there are ways to deal with the impacts of climate change and disease on coffee, like better irrigation systems and planting new, more pest-resistant varieties.

“The problem is that it requires money. And many of these farmers are already hurting for money.”

“The problem is that it requires money. And many of these farmers are already hurting for money,” said Edwin Castellanos, dean of research at Universidad del Valle de Guatemala. Guatemala is also facing similar challenges from climate change and disease.

“The central governments are working on this, but they don’t have enough manpower or monetary resources to do this,” Castellanos said. “And even if you have the money to change to a new variety, it means you are going to have to wait four or five years without production because the new plants are going to have to grow. And so that means the farmer will have to be able resist for so many years without having any harvest.”

Castellanos says hundreds of thousands of Central American farmers have lost all or part of their crops due to droughts over the last five years. And the World Bank estimates that climate change could displace somewhere between a million and a half to nearly 4 million people in Mexico and Central America over the next 30 years. 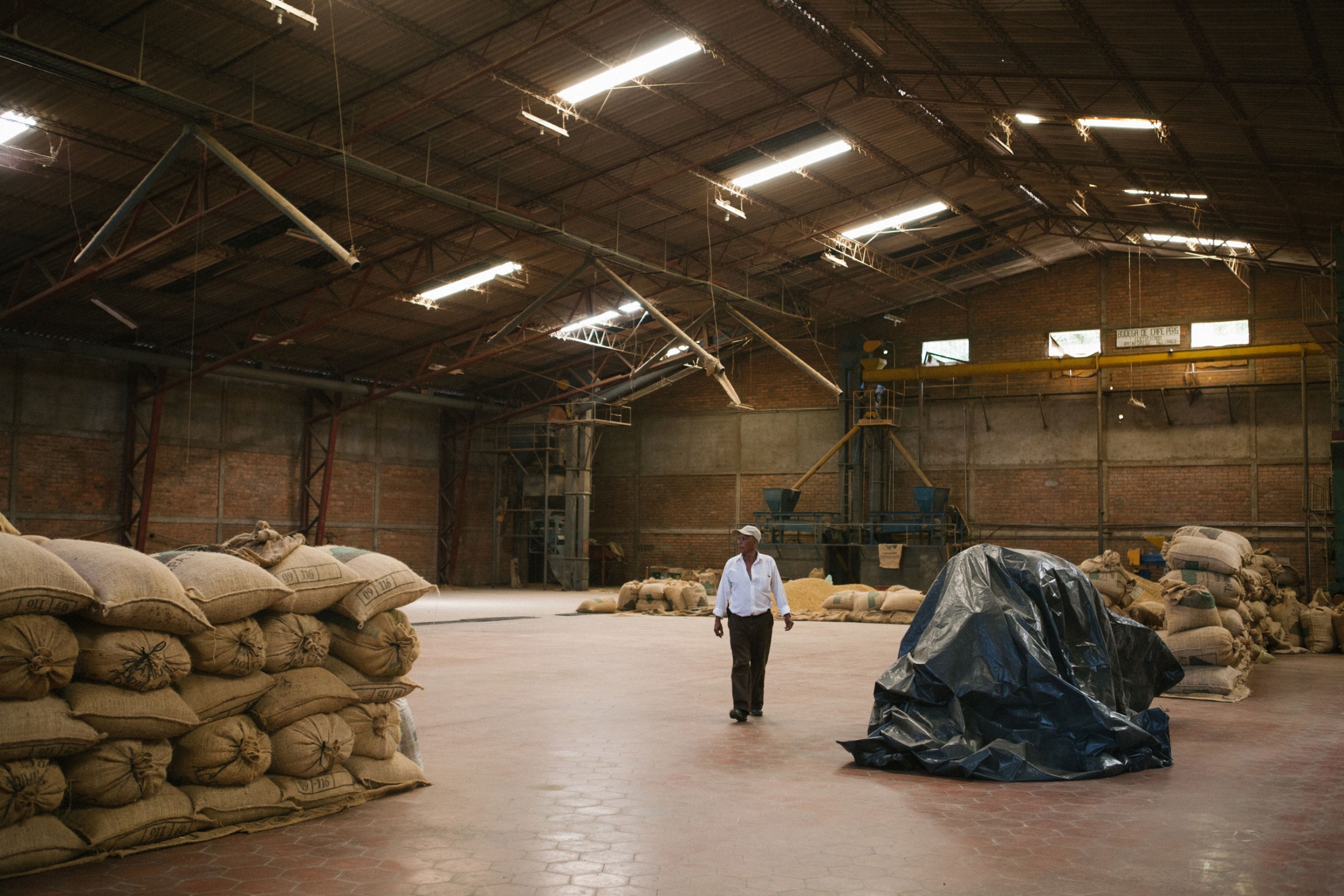 José Antonio Mendoza walks through the warehouse where they store their coffee at the Finca San Isidro in San Isidro, El Salvador. Mendoza oversees the nursery on the property.

No one knows how much that will add to the flow of migrants toward the US. But it’s clear that climate-related trouble in El Salvador’s coffee industry is already adding to the migrant pressure in the region.

“There’s no work here,” said del Carmen, who counts herself lucky to be among the few with even part-time work on the farm. And the prospects, often, aren’t much better elsewhere. Del Carmen said that after leaving the farm a few years ago to study, her daughter could only find work selling pupusas, or corn pancakes. Last October, her daughter joined the big migrant caravan headed to the US, bringing her family with her.

Del Carmen’s co-worker Reyna de Jesús López wishes she could join one of those caravans. She makes around $30 a week sifting through sacks of coffee for substandard beans — hardly enough to get by. So instead, she sent her 12-year-old-son to the US to live with a relative.

“Sometimes, he tells me he wants to come back,” she said. “I tell him, ‘What are you going to do here? There are no opportunities for young people.’”