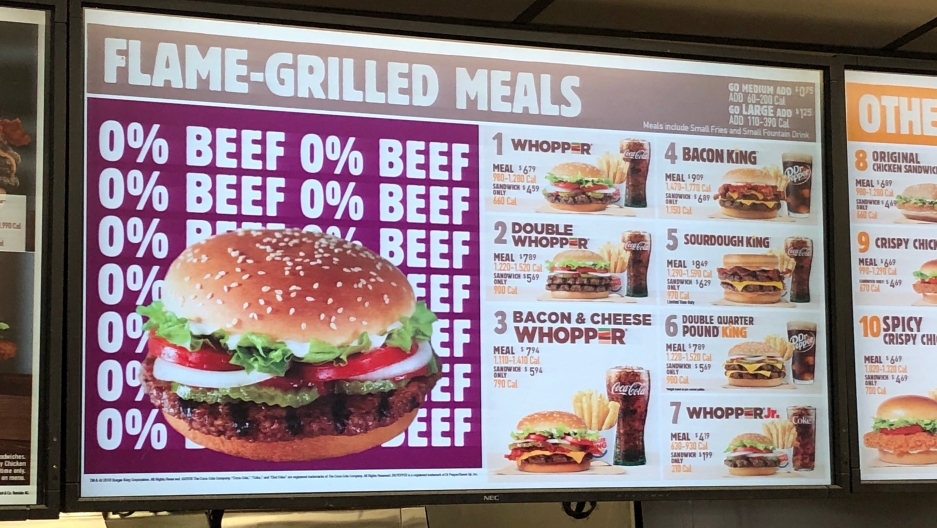 Burger King patrons in St. Louis were greeted by a somewhat confusing menu: A Whopper with no beef.

The Whopper is an icon of American culture. But the Whopper is getting a complete overhaul — and when we say complete, we literally mean complete. It’s also a new Whopper with a bold goal: To save the planet.

The new Impossible Whopper comes from Impossible Foods, a Silicon Valley start-up that produces plant-based alternatives to animal meat. Scientists in California spent years trying to find just the right plant-based formula to recreate the flavor, texture and sizzle of a beef hamburger. It’s part of a global effort to cut down on the environmental impact of meat — especially beef.

“At a global scale, what we eat, it matters a lot because agriculture as a whole, it accounts for about a quarter of all the [greenhouse gas] emissions on the planet,” said Paul West, co-director of the Global Landscapes Initiative at the University of Minnesota Institute on the Environment. “And one of the biggest impacts on our climate in terms of food is livestock, especially beef.” 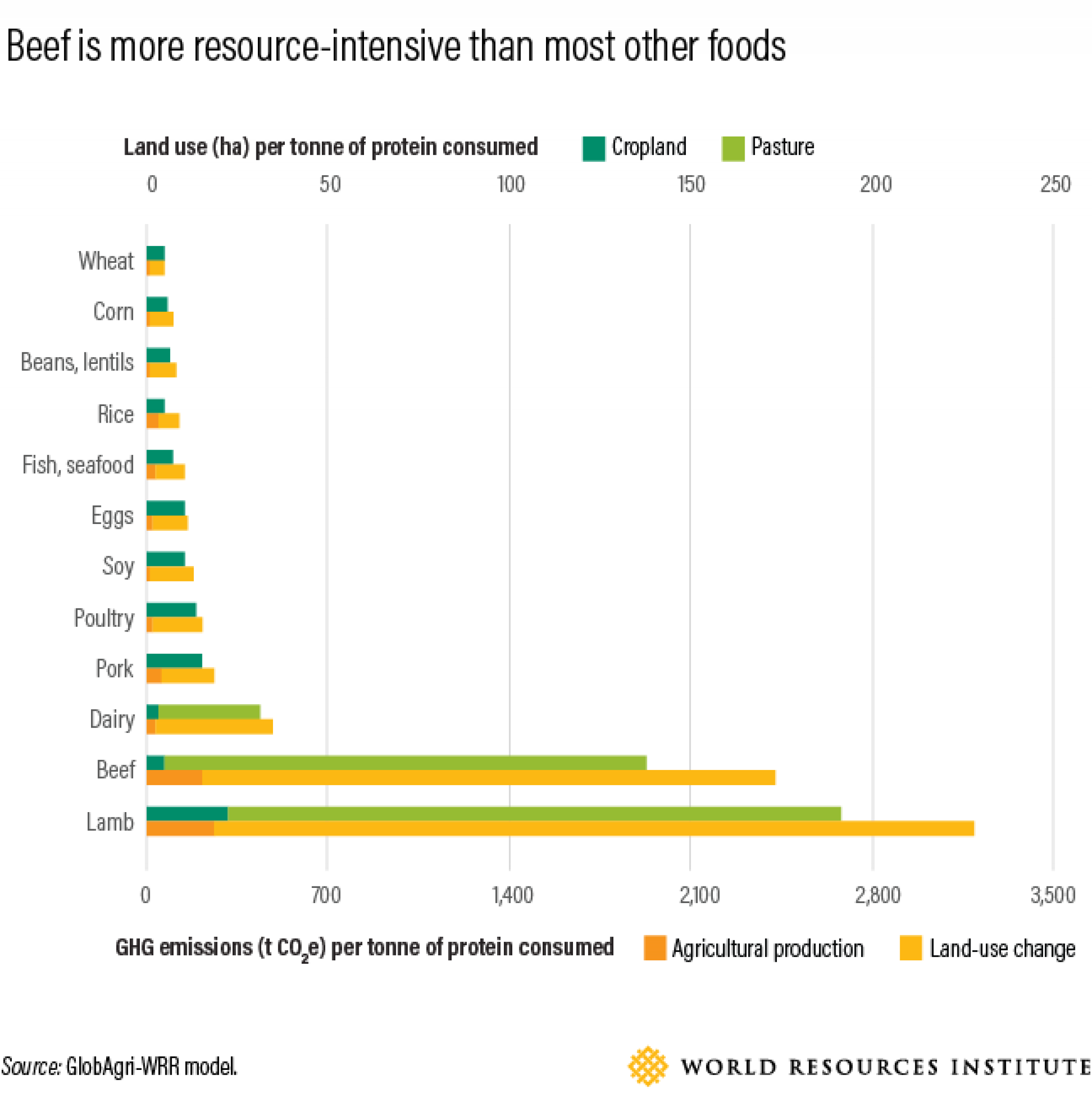 The big environmental concern with beef cattle is all the methane, a potent greenhouse gas, that they produce.

“Now, I know it sounds funny if you think about a cow that is burping and farting, and yet it does actually have a big impact on the planet,” said West.

Impossible Foods’ five-word mission statement is bold: “To save meat. And Earth.” The company says that modern animal agriculture is wreaking havoc on the climate and our ecosystems, and they want to entice burger lovers to keep going to backyard barbeques, just enjoying a satisfying substitute.

The Impossible Burger has been available in select restaurants and grocery stores in the US, Hong Kong, Macau and Singapore for a short while, but the company is hoping its appearance in 59 Burger Kings around St. Louis, Missouri, will be a breakout moment.

In its commercial, above, Burger King advertises “real people” who are nearly speechless that an alternative Whopper could taste so similar to the traditional beef one. That’s Burger King’s spin, of course, but I wanted to put it to the test myself. I ate a lot of Burger King as a teenager, more than I care to admit, and know the Whopper well.

I went to a St. Louis Burger King, sat in a corner booth and put the two burgers side by side. I removed the onions, because I don’t like onions, then bit into my two Whoppers. 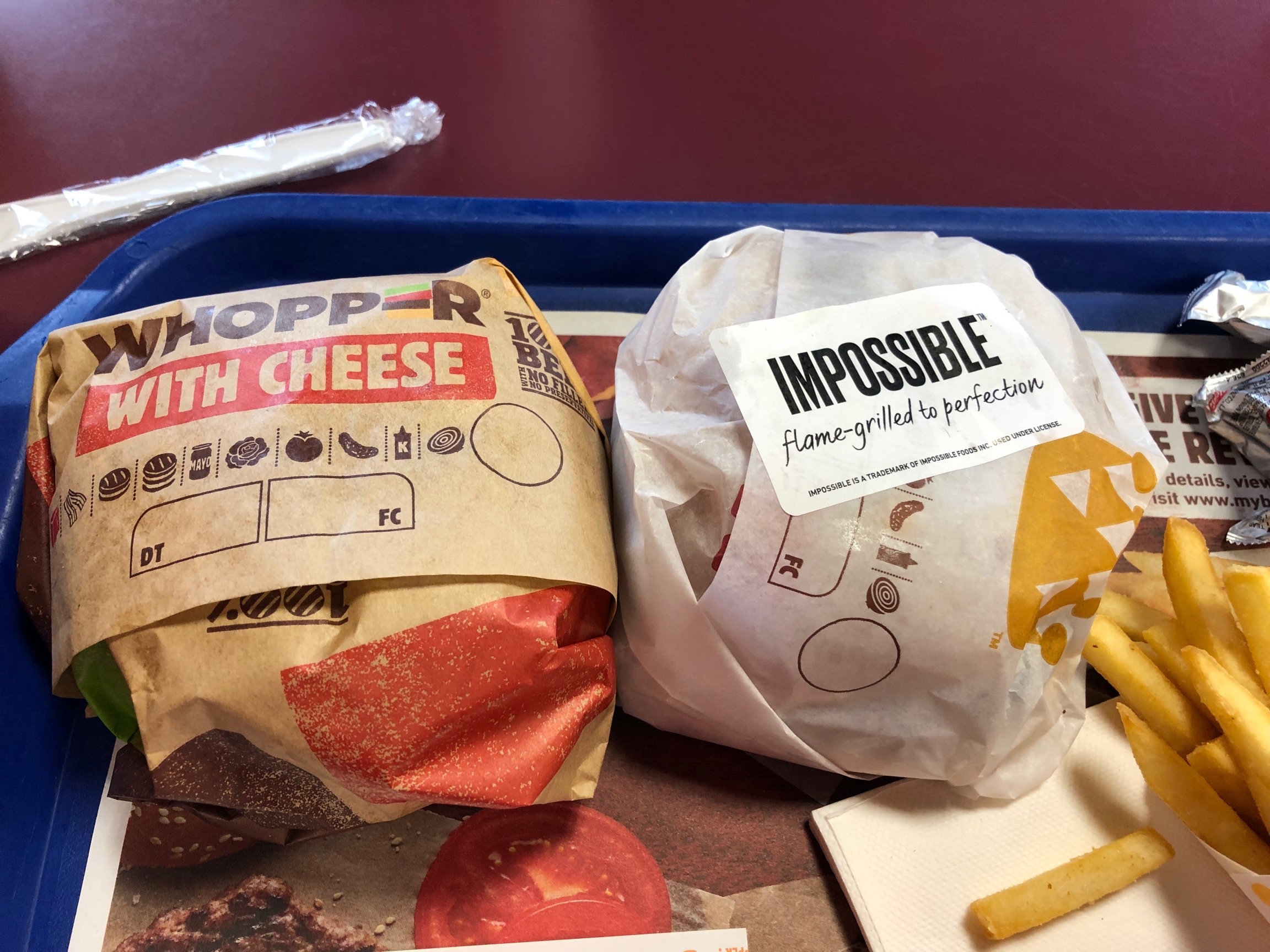 A tale of two Whoppers.

My opinion: The two burgers were close in taste and appearance, but the Impossible Burger was slightly less flavorful than a traditional beef Whopper. 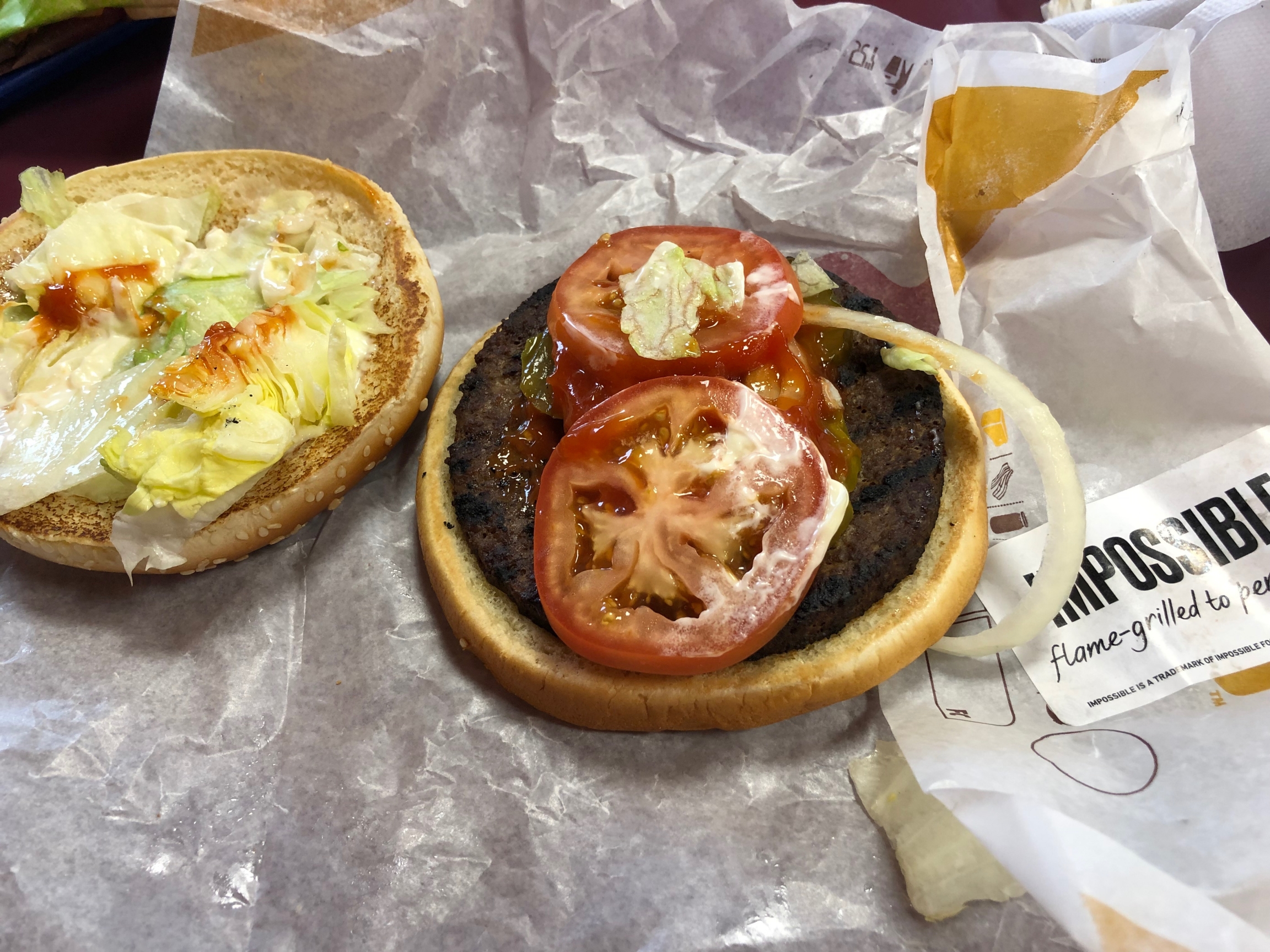 My Impossible Whopper at Burger King in St. Louis.

Now, not to be too disparaging toward Burger King, but neither Whopper was worth writing home about. That said, I’ve had an Impossible Burger at another restaurant, and it was terrific — juicy, moist, super-flavorful meat crumbles. It’s also similar to beef in terms of calories, protein and fiber. 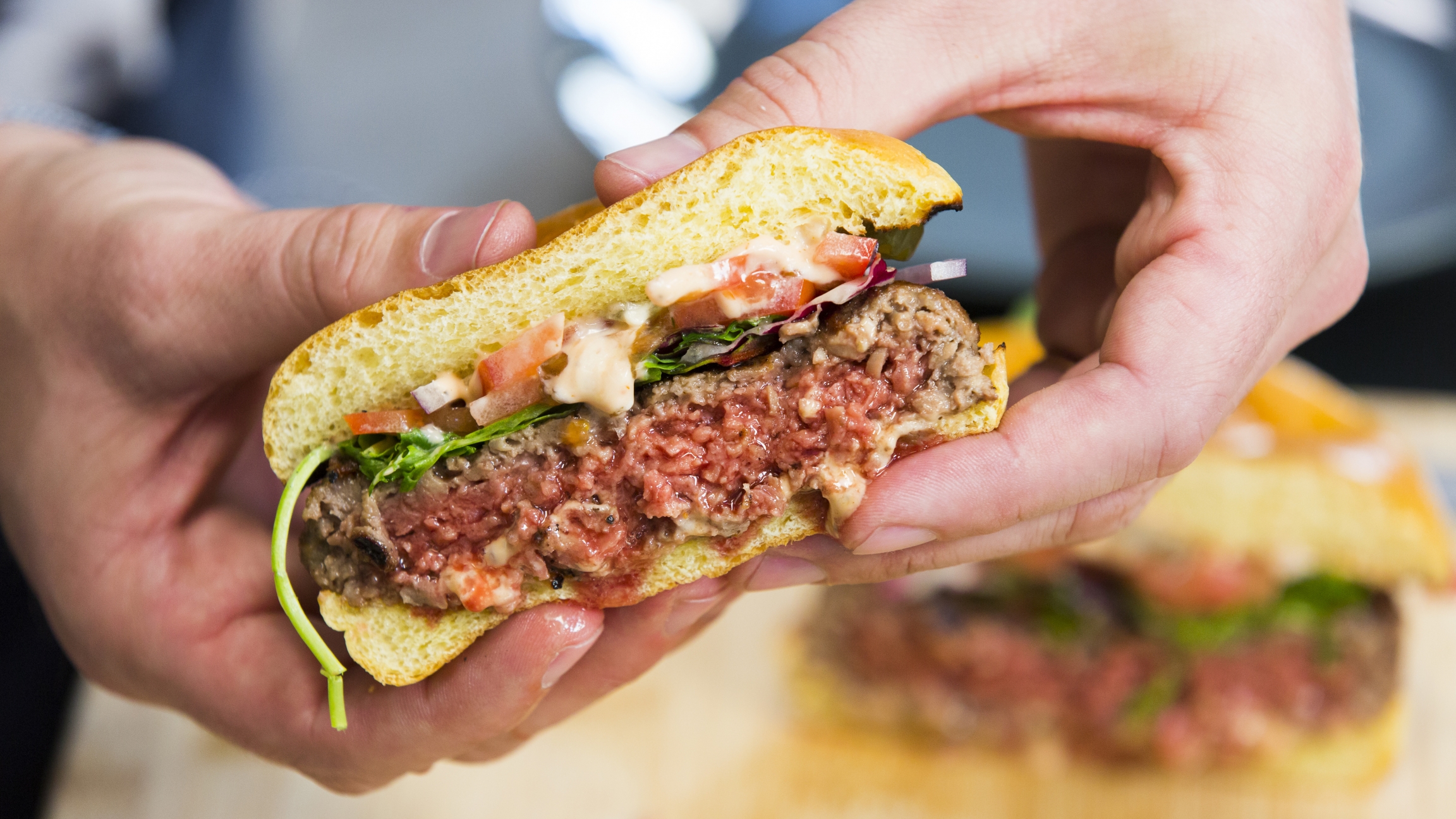 The Impossible Burger is designed to “bleed” like a traditional beef hamburger.

So, how did they do it? Impossible Foods says the key ingredient is a protein, produced from soy, called heme.

To scale up, scientists at Impossible Foods genetically engineer yeast to produce big batches of heme and combine it with other plant-based ingredients. It’s the heme, which is highly abundant in animal muscle tissue, that gives beef that bloody, juicy flavor. Impossible Burger’s lab-grown heme helps replicate that.

“They’re actually going after meat eaters trying to create a product that actually does imitate meat in a way that you wouldn’t really know the difference,” said Eric Bohl, who has also tried the Impossible Burger. “They’re not trying to go after a niche market of vegetarians and vegans, they’re really looking at the broader public and doing a pretty good job of creating products that taste fairly similar.”

Related: Meth is now cheaper than a meal at Burger King in much of Asia

The writing is on the wall: The vegetarian burger movement is growing fast. White Castle is selling an Impossible Slider and Carl’s Jr. is offering a burger produced by the company Beyond Meat. Burger King says its St. Louis experiment has gone so well that it’s rolling out the Impossible Whoppers nationwide. Add it up: Some ranchers are bracing for a fight against meatless burgers.

“I have not tried one, and I do not intend to,” said Bill Bullard, the CEO of R-Calf USA, which represents about 5,000 cattle producers across 44 states. He says consumers are being misled by companies that sell plant-based meat alternatives.

“These companies need to be disciplined or have the responsibility and integrity to clearly denote that the products that they are producing and offering to consumers are not a meat product, is not derived from family farmers and ranchers here in the United States of America and instead is lab-produced,” said Bullard. 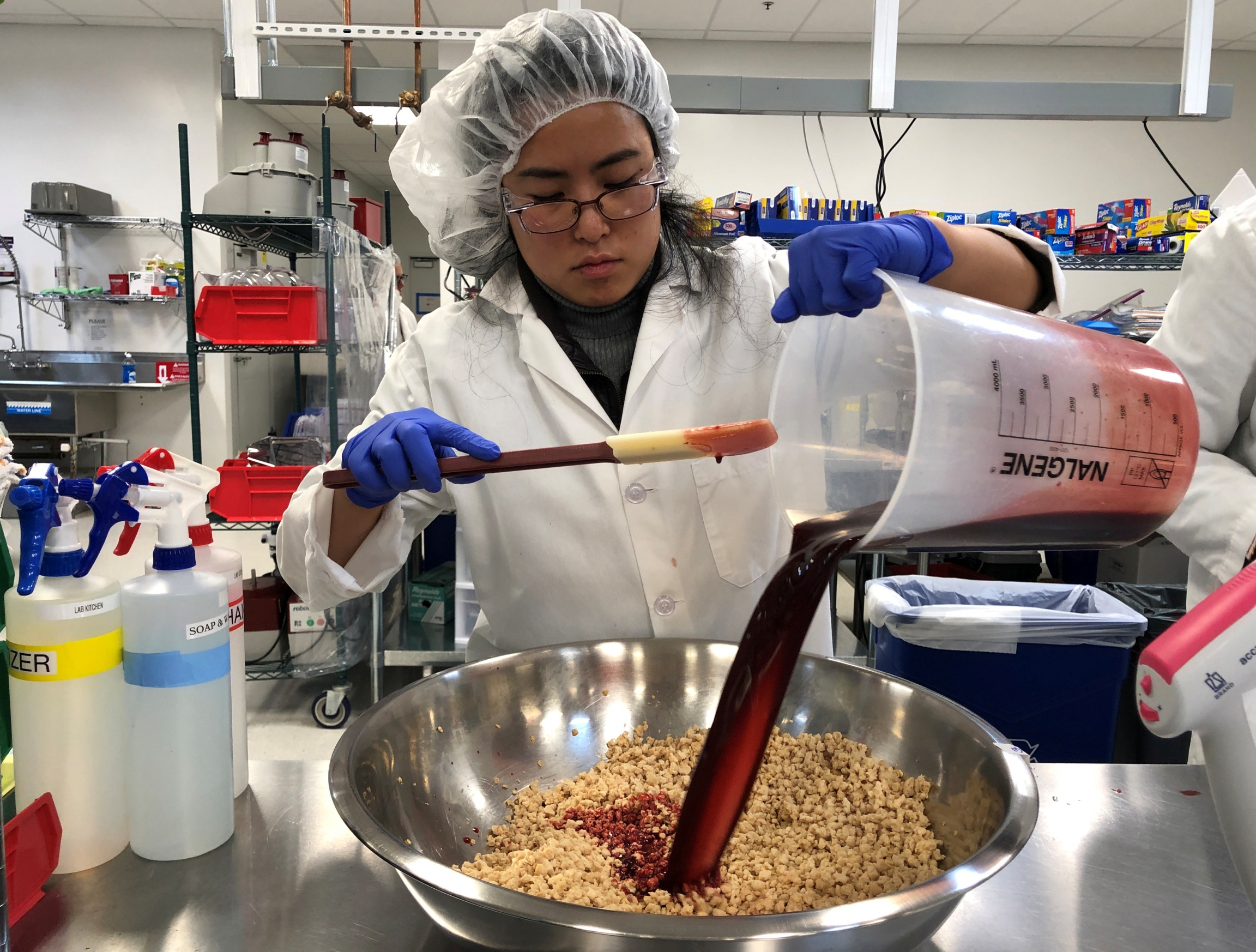 Several states are considering laws requiring that only products from animal flesh can use the word "meat." Missouri, the nation's third-largest beef-producing state, passed the first such a law last summer. Backers of the new plant-based products are pushing back with a lawsuit, arguing that the labeling laws muzzle free speech and are an attempt by the conventional meat industry to stifle competition. (The Impossible Burger doesn’t actually use the word meat in its labeling, so they’re in compliance with the new Missouri law and thus free to sell their Whoppers in St. Louis.)

Eric Bohl, with the Missouri Farm Bureau, supports his state’s new law but adds that his industry can’t fight new meat alternatives with just labels: “I don’t think that these products are going away anytime soon and the money that is behind them is significant. If we are just going to pretend like it doesn’t exist, we are doing our own industry a disservice.”

Bohl said farmers need to compete by better selling their own story — humans are omnivores who have always eaten meat, and beef remains just as healthy as the new plant-based alternatives.

But nutrition isn’t Impossible Food’s hook. Again, they’re all about allowing you to keep enjoying your burgers while also lowering your impact on the planet. That’s a message that will be harder for the beef industry to combat.

Related: A veggie burger that 'bleeds' might convince some carnivores to eat green