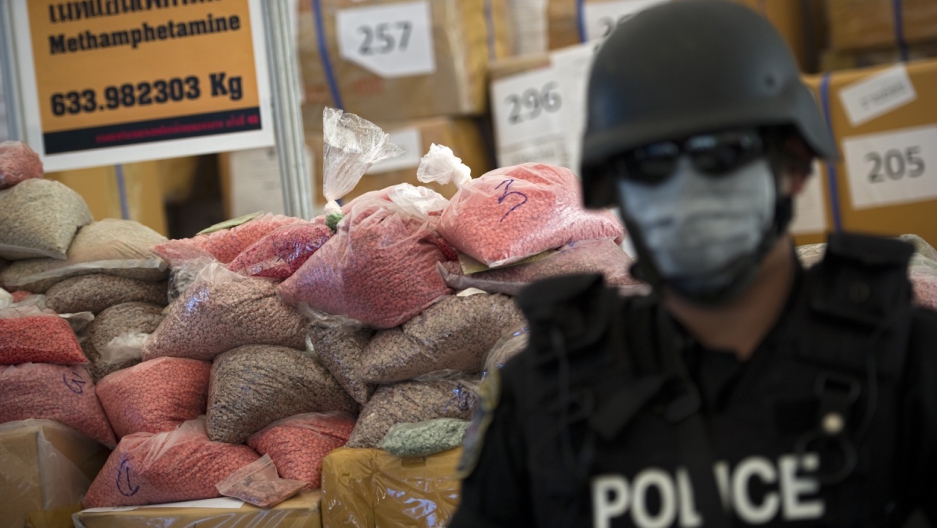 Bags of methamphetamine pills seized by the Thai narcotic police department are seen on display before being incinerated on Sept. 17, 2011.
Share

The more meth cranked out by underground chemists in far-flung labs, the cheaper meth tends to get. Even Asia’s most destitute peasants can now afford meth if they’re willing to forego food for a day — which isn’t hard once the meth vaporizes your appetite.

Here are a few staggering facts about Asia’s meth habit gleaned from the UN’s Office of Drugs and Crime as well as GlobalPost’s own field reporting.

This is a price-per-pill meth breakdown for countries across Asia. As a point of comparison, consider that a Whopper value meal at Burger King consistently sells in the region for about $5.

Keep in mind that prices within each country can vary wildly depending on whether pills are bought in a poorly governed border town or a heavily policed city.

Meth tends to be cheapest in unruly zones where meth is actually produced. And Myanmar’s Shan State, which once churned out much of New York’s heroin, is Asia’s top meth production zone.

These unruly hills are home to a patchwork of militias. Some are aligned with the government. Some have battled the government for years. But all types of militias can exploit the area’s general lawlessness to oversee underground labs that churn out the bulk of Asia's meth.

Many living close to this meth-producing heartland can buy pills for prices below the UN’s lowest cited figure of $2. A senior officer with an anti-government "liberation army" based close to the Myanmar-China border told GlobalPost that meth pills in his region are now selling for 50 cents. The price per pill, he says, goes up to $1 or $2 in Mandalay, the nearest major city.

Determining the amount of meth produced in Asia is impossible. But analysts can at least track how much meth is seized by cops — which is presumed to be a mere fraction of the volume successfully hitting the streets.

That’s enough meth to keep every man, woman and child in California high for a week straight

Last year, the amount of meth confiscated in Asia amounted to 270 million pills. (Asia in this context means China to New Zealand and all points in between. Russia and India aren't included.)

That’s enough meth to keep every man, woman and child in California high for a week straight. An even more frightening fact: it’s enough to keep all of Florida high for two weeks straight. (In this inadvisable nightmare scenario, every inhabitant gets one pill per day.)

Most meth, meanwhile, never gets seized. One senior UN official offers a “conservative estimate” that, in mainland Southeast Asia, an astonishing 2 billion pills are produced each year. If true, that's nearly enough to keep everyone in the US high for a week.

None of these estimates include crystal meth — the high purity breed of the drug made popular by Breaking Bad — though this is also popular across Asia.

These figures only refer to meth pills, which typically resemble pastel-colored aspirin tablets. On the street, it’s called “ya ba” (which is Thai for “madness medicine”). Pills can be swallowed or crushed up and smoked. Anyone who takes “ya ba” can forget about sleeping for the next 24 hours.

The meth sold is Asia can be potent or pathetically weak 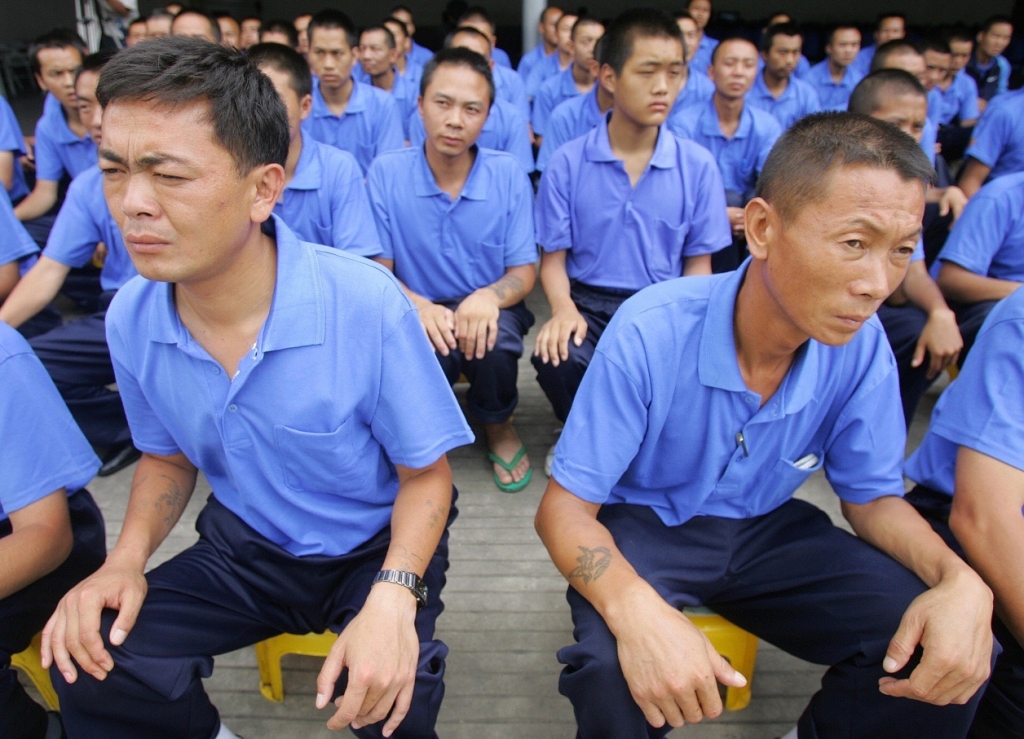 Patients at a rehab clinic in China.

Crystal meth contains far more of the substances, synthesized from ephedrine and pseudoephedrine, that bring on speedy euphoria.

Crystal meth with 90 percent purity (or higher) is mass-produced in Mexico and available on American streets. The same is true of crystal meth produced in Myanmar and sold in neighboring countries such as Thailand, where tests reveal crystal meth has purity levels ranging from 40 to 90 percent, according to the United Nations.

But crystal meth is just too expensive for the typical working-class Asian. It's common to pay $100 per gram and, in China, the price-per-gram ranges between $50 and $450.

So the masses typically resort to cheaper "ya ba" meth pills with a typical purity of 10 to 20 percent. In Singapore, a tiny island nation with notoriously unforgiving drug laws, the purity per meth pill can sink as low as 2.5 percent.

But even so-called “meth” pills with scant amounts of methamphetamine will likely keep users awake until dawn. The rest of the tablet is usually padded out with the world’s dominant alertness aid: plain-old caffeine.