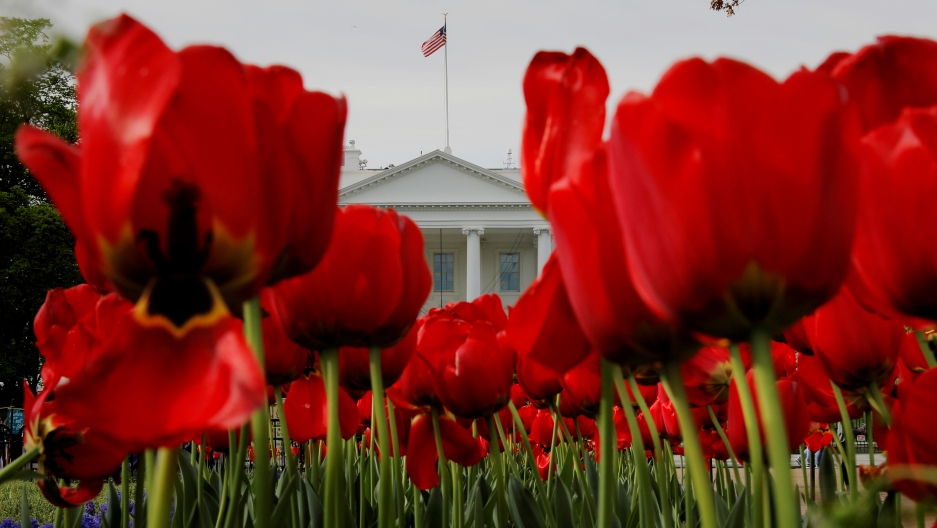 Most Democrats who want to win the White House have all but fetishized small-dollar donors.

Enthusiastic supporters who contribute $20 here or $50 there offer candidates grassroots street cred during a presidential primary season in which corporate money and tony fundraisers have become decidedly unfashionable.

But campaigns burn through millions of dollars. Trendy or not, Democratic presidential candidates still need big money to pay bills. Enter “bundlers” — often ultra-wealthy, well-connected political fundraisers — who collect checks from friends and associates and present the loot to a presidential hopeful in a tidy five-, six- or seven-figure “bundle.”

Presidential candidates are under no legal obligation to reveal the identities or activities of these bundlers, unless they’re federally registered lobbyists who bundle at least $18,700 — and most are not.

Nevertheless, most Democratic presidential candidates running today say they want to limit the influence of money in politics. Many tout their rejection of contributions from corporate political action committees. Other scourges include “dark money” — secret political cash that can’t be traced to a root source — and super PACs, which are political committees that may raise and spend unlimited amounts of money to advocate for or against candidates.

In the past, many presidential candidates, including Republicans George W. Bush and John McCain and Democrats Barack Obama and Hillary Clinton, voluntarily revealed at least some bundlers. And earlier this month, 16 organizations of varying political ideologies jointly demanded presidential candidates release bundler information.

The Center for Public Integrity asked all major 2020 presidential candidates the same questions about their bundlers:

The campaigns of the following presidential candidates did not respond to repeated requests for comment:

Meanwhile, the campaigns of former Rep. Beto O’Rourke of Texas and Rep. Tulsi Gabbard of Hawaii both told the Center for Public Integrity they had no comment.

As for the candidates who would discuss their bundling practices, here’s what they said:

Sen. Kamala Harris of California: Harris will release bundlers' names and where they live, spokesman Ian Sams said. “It will be a list of anyone who has raised more than $25,000 for the campaign and it'll be published on our campaign website," he said. Politico last week reported that Harris has so far attracted more support from Democrats who bundled money for Clinton and Obama than any other presidential candidate.

Sen. Bernie Sanders of Vermont: The Sanders campaign says it’s a bundler-free zone. For now. “We have not used bundlers, as you've defined them here, thus far, and at this time do not plan to use them,” Sanders spokeswoman Sarah Ford said.

Mayor Pete Buttigieg of South Bend, Ind.: The Buttigieg campaign released to the Center for Public Integrity a list of 23 individuals or couples that it says have bundled for its campaign. The list includes prominent lobbyist Steve Elmendorf (recent clients include Goldman Sachs, AT&T, Verizon, Facebook and oil company BP), celebrity event planner Bryan Rafanelli and six members of the Pohlad family, one of the wealthiest in the nation. Buttigieg’s campaign didn’t disclose how much money these bundlers have so far bundled or explain how it will release bundler information going forward. “We will be transparent about it, but I will need to get back to you on the additional details,” Buttigieg spokeswoman Lis Smith said.

Sen. Amy Klobuchar of Minnesota: In a statement, Klobuchar’s campaign said it plans “to disclose bundlers, but we will be making more decisions with specifics in the coming weeks and months."

Rep. Eric Swalwell of California: In an email, Swalwell said he “will publicly disclose, on a quarterly basis, the identities and bundling dollar figures of any campaign bundlers." Swalwell’s campaign added that Swalwell doesn’t yet have any campaign bundlers but would publicly disclose the identities — including name, employers and occupation — of anyone who raised $50,000 or more during the Democratic presidential primary.

Author Marianne Williamson: “We do not have bundlers, nor do we anticipate having any in the primary,” Williamson spokeswoman Patricia Ewing said.

Businessman Andrew Yang: His campaign didn’t respond to the Center for Public Integrity’s request for comment. But last week the campaign told bipartisan campaign finance reform organization Issue One that it has no bundlers, adding: “If that changes in the future, we will absolutely disclose that information. We feel transparency and reform in this area is very important.”

Former Starbucks CEO Howard Schultz hasn’t yet announced he’s running for president as an independent — something he’s strongly considering as he tours the country conducting campaign-style events — “so decisions on the fundraising front haven’t been made,” spokeswoman Erin McPike said.

Why should the general public care about campaign bundlers?

Government accountability and trust in public officials are at the heart of the 2020 presidential campaign, said former Rep. Tim Roemer, D-Ind.

“And transparency is first base in how to start cleaning up government,” said Roemer in advocating that all presidential candidates release details about their bundlers. “Candidates talk a lot about transparency, so they should practice what they preach and put words into action.”

Roemer works with Issue One, one of the organizations urging presidential candidates to release bundler information.

Another is the League of Women Voters.

“Voters have a right to know who’s trying to influence their vote,” said Jessica Jones Capparell, the league’s policy and legislative affairs senior manager. Bundlers “get ambassadorships, positions on commissions and may buy their way into the next administration.”

While Trump, unlike Obama and Clinton, has never volunteered information about his bundlers, he has also habitually tapped top donors and fundraisers for plum positions, publicly available campaign finance disclosures indicate.

Take Steve Mnuchin, finance chairman of Trump’s 2016 presidential campaign, who’s now secretary of the US Department of the Treasury.

Congress could pass a law that mandates presidential candidates provide certain information about their bundlers. But so far this congressional session, no such bill has been proposed, and H.R. 1, the House Democrats’ sweeping ethics and campaign reform legislative package, doesn’t address the issue.

A bundler bill was proposed during the last congressional session: The “CLEAN Act of 2018,” which, among other provisions, would have required federal campaigns to provide more information about bundlers.

The sponsor? Sen. Michael Bennet, D-Colo., who is readying a 2020 presidential bid himself.