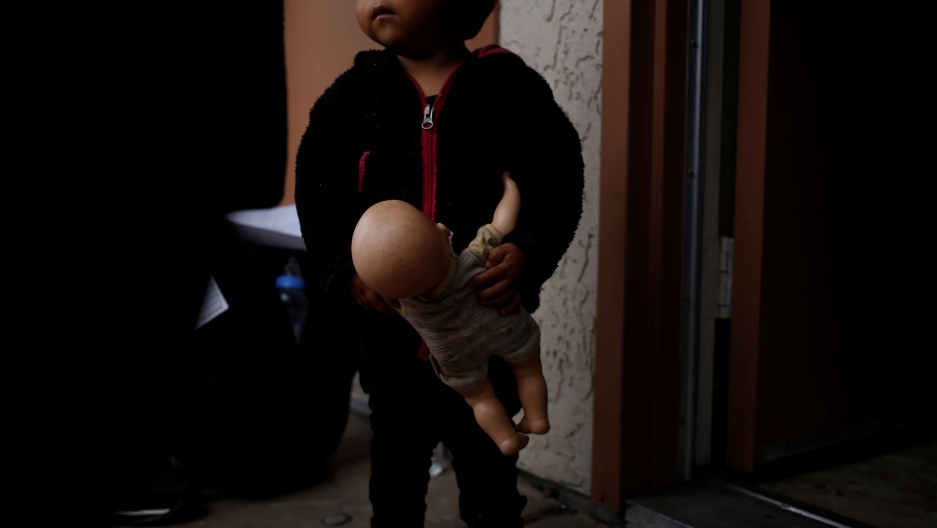 A young migrant holds a doll she arrived with at a motel in Tucson, Arizona.

In order to meet the dramatic shift in migration along the US-Mexico border, places like a motel and a monastery are among pop-up shelters that have opened in the last six months in Arizona to house a rising number of migrants seeking asylum.

In January, Catholic Community Services (CCS) turned to the American Red Cross for cots and blankets to equip the former Benedictine monastery in Tucson, Arizona, as a shelter, said CCS Director of Operations Teresa Cavendish. 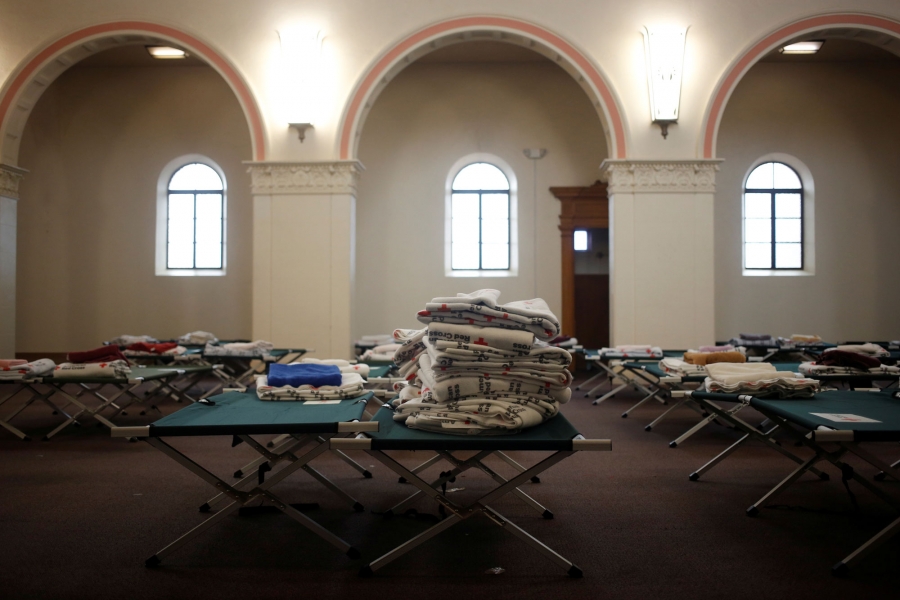 Red Cross blankets and cots fill the chapel of the monastery.

The monastery has housed more than 1,000 people since it was opened, Cavendish said.

"These are unprecedented numbers for this time period and this region," she said. 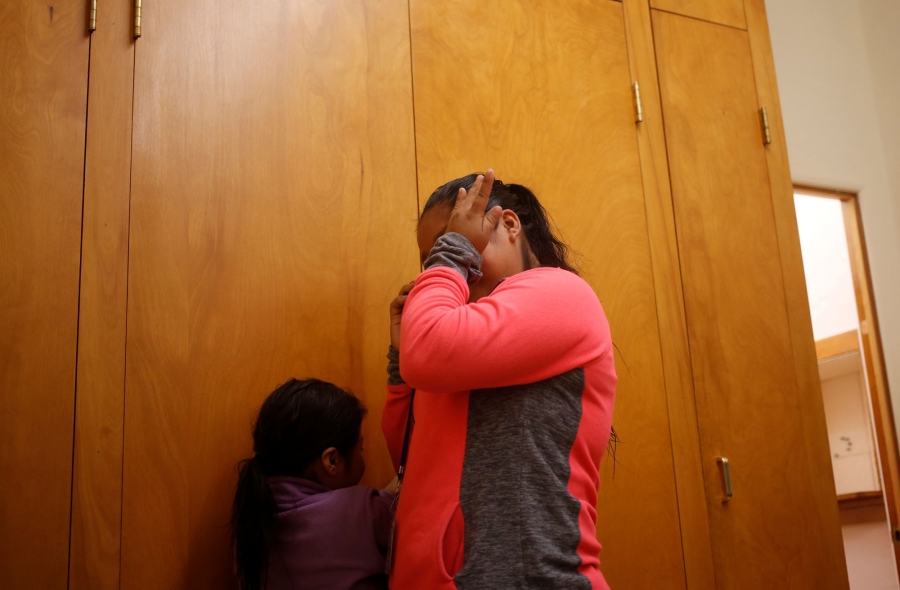 A Guatemalan woman wipes away tears as she talks with family in Guatemala.

US Border Patrol officials told reporters on Tuesday that there has been a dramatic shift in how migration is happening along the US-Mexico border, with large numbers of families and unaccompanied children from the northern triangle countries of Guatemala, Honduras and El Salvador replacing mostly single adult men from Mexico who typically crossed the border illegally in the past. 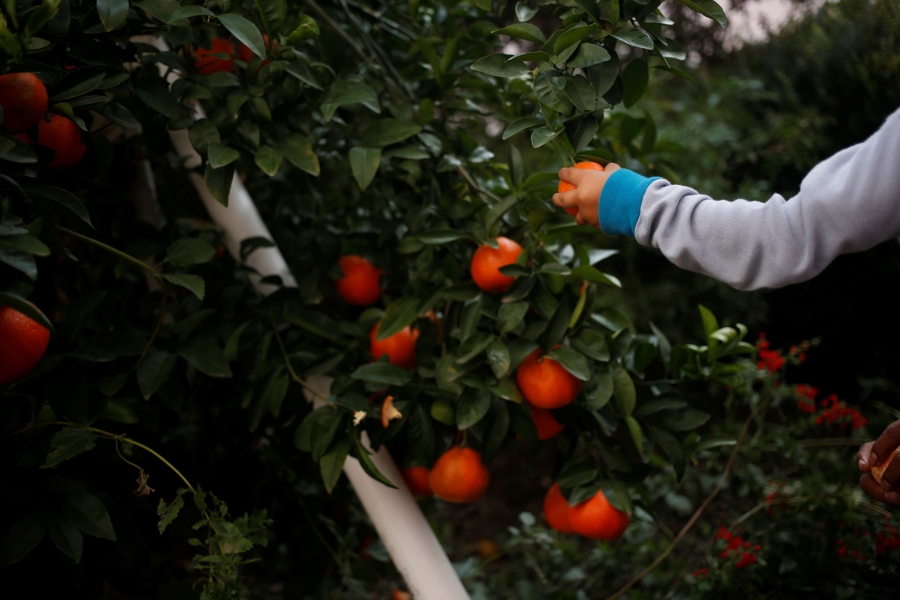 A young Guatemalan boy picks oranges from the small orchard surrounding the grounds at the monastery.

Apprehensions and people deemed inadmissible at ports of entry along the southwest border reached a record high of more than 76,000 in February, and the majority of those caught were families, according to US Customs and Border Protection (CBP) statistics.

In recent years, applications for asylum have ballooned as more Central Americans fleeing violence back home turn themselves into authorities to seek protection, according to CBP data. 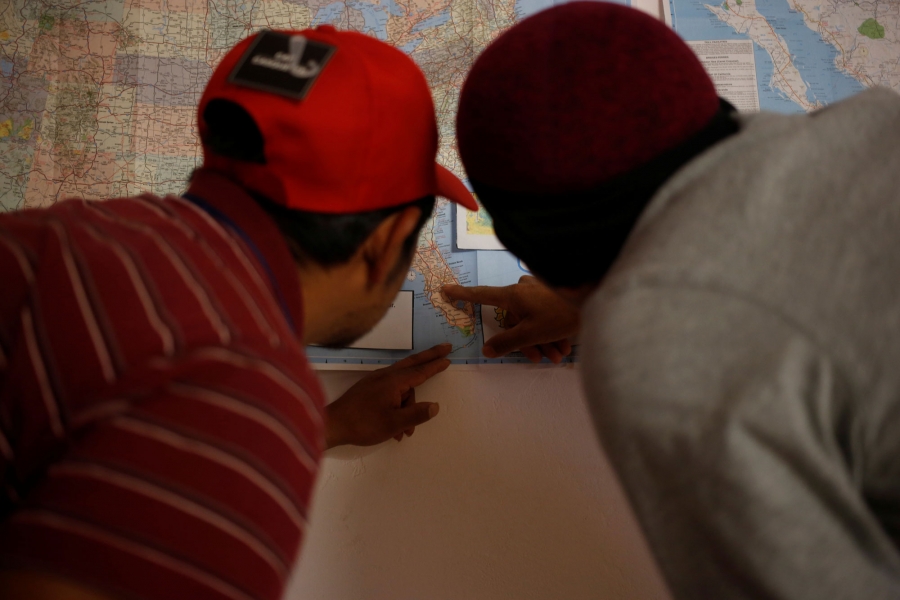 Two migrants study a US map in the monastery.

The shelters in Arizona are way stations for migrants released by border agents that need a place to stay while they figure out where they can settle in the United States and pursue claims in immigration court.

Cavendish allowed a Reuters photographer to visit the monastery and a 1970s motel in the Tucson area on condition the photographer not take pictures of the migrants' faces or disclose their identities. Cavendish said the charity feared gangs and others in home countries and the United States might try to extort the migrants or their families if it were known they were in the United States. 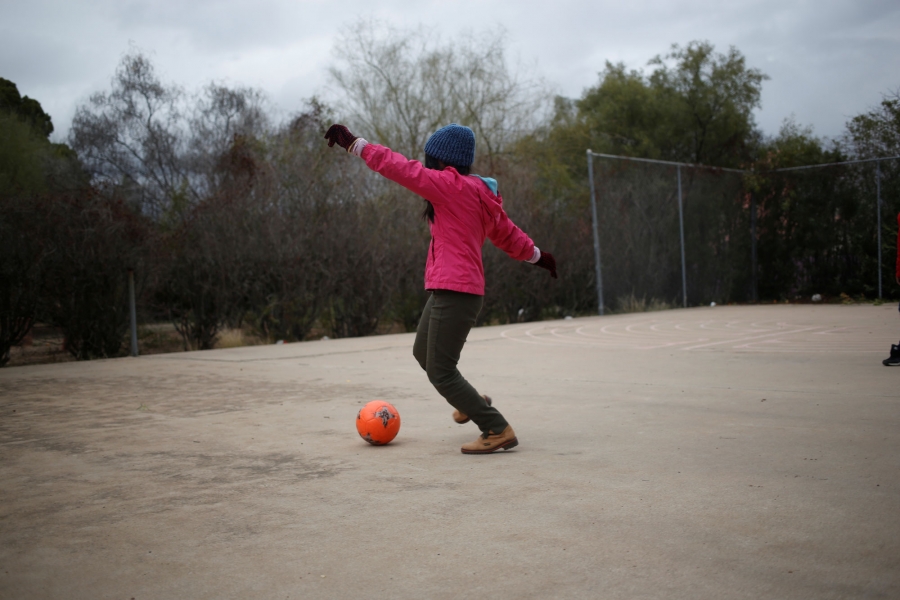 A young migrant plays with a ball at the monastery.

Facing an influx of families and legal limits on the time minors can be held, US Immigration and Customs Enforcement (ICE) began to release large groups to Arizona charities and churches in October, ICE spokeswoman Yasmeen O'Keefe said. 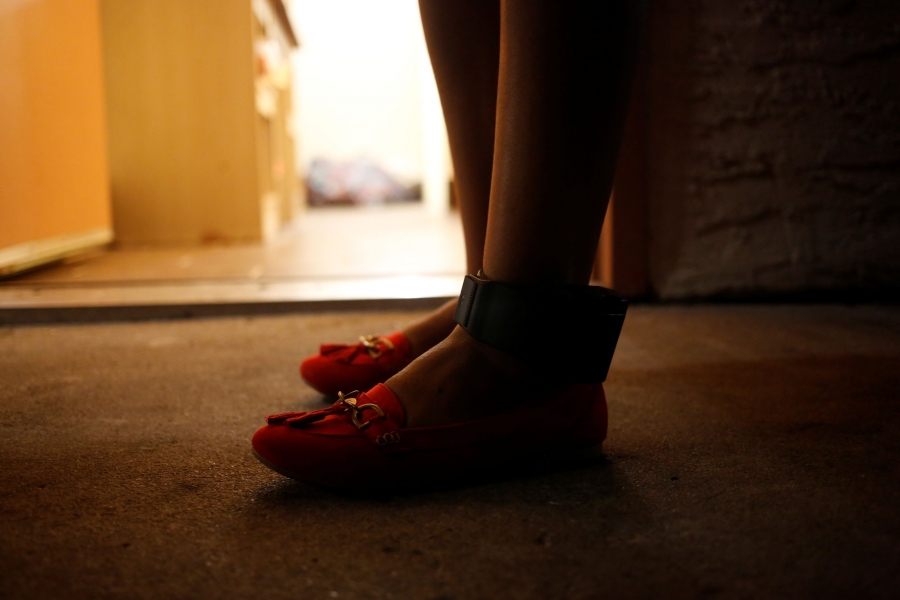 Adults are outfitted with a monitoring ankle bracelet on a case-by-case basis when they are held at ICE facilities in Arizona, according to ICE. Migrants are assigned an immigration court near where they will live. They can wait years for their asylum hearing due to a backlog in cases, according to Reuters data. 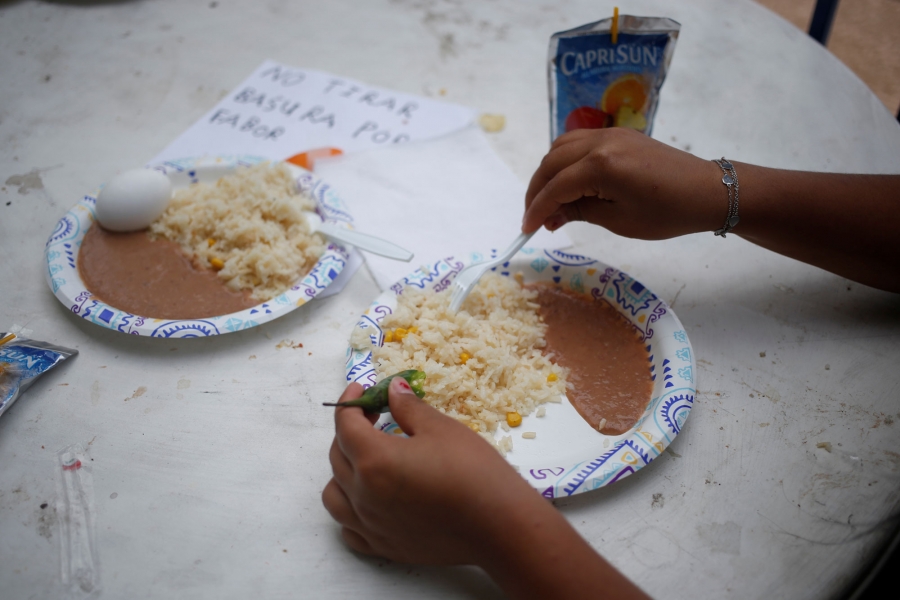 Migrants eat a donated lunch of rice, eggs and beans at the motel.

Migrants stay at the shelters for a night or two to get a hot meal, a shower, a medical check up and maybe some legal advice. Volunteers help with travel plans, then drop the migrants off at the bus station or airport. They journey on to stay with friends or family in the United States while awaiting court hearings, according to CCS.

But their prospects for getting asylum are dim. 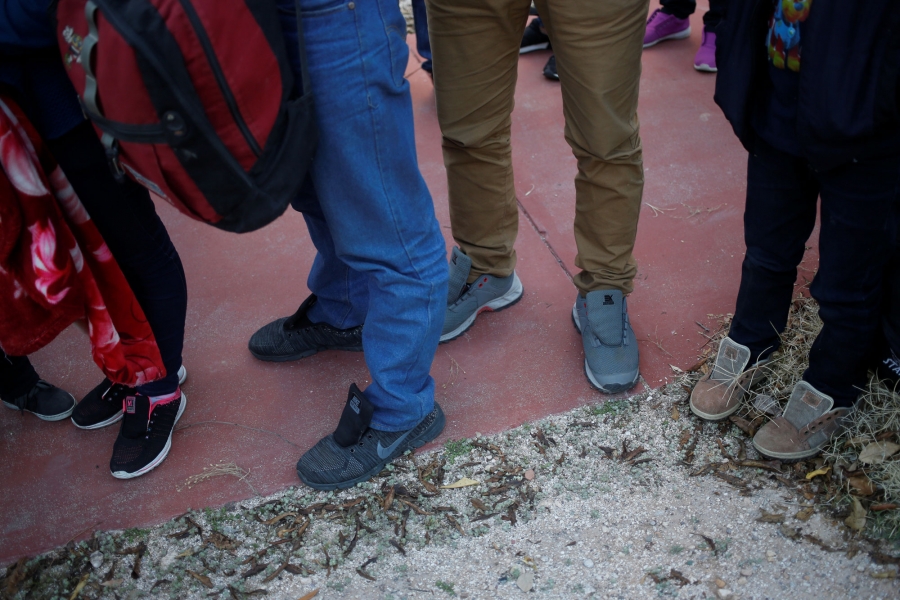 A van load of migrants arrives at the monastery.

CBP Commissioner Kevin McAleenan said on Tuesday that while approximately 80 percent of people asking for asylum pass initial screening at the border, only about 10 to 20 percent of Central Americans are found to have valid claims at the end of their immigration court process. 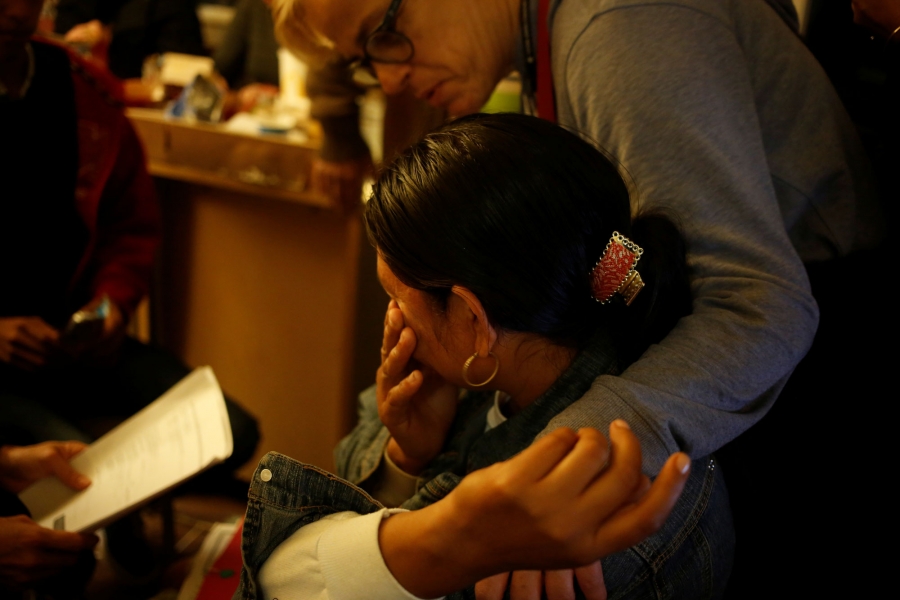 A volunteer comforts a Guatemalan woman after calls to her brother-in-law back in Central America failed to connect.

While many migrants fleeing Central America have said they left their home countries to escape poverty, violence and crime, hoping to find a better life in the United States, often those reasons do not meet the high legal bar required to avoid a deportation order. 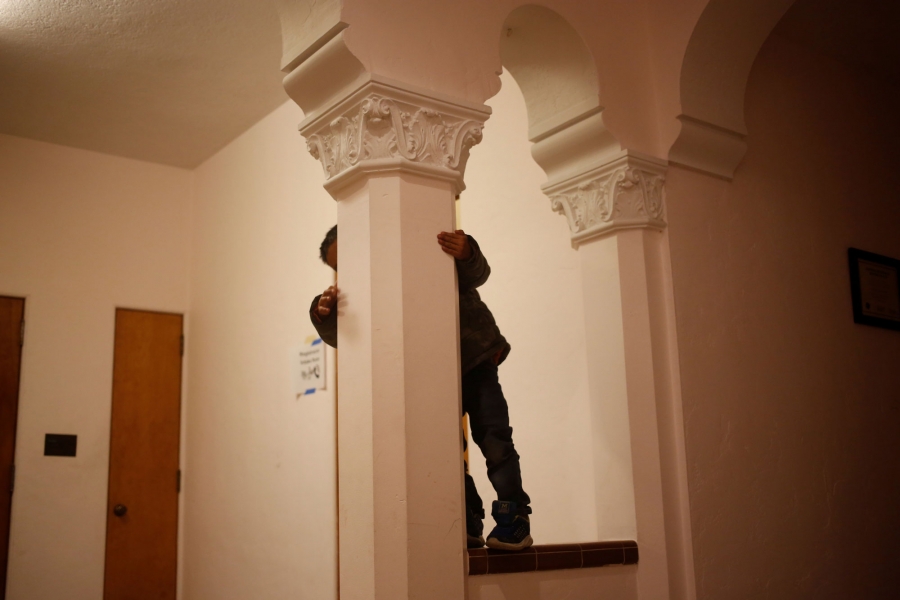 A young Guatemalan boy plays on columns in a monastery.