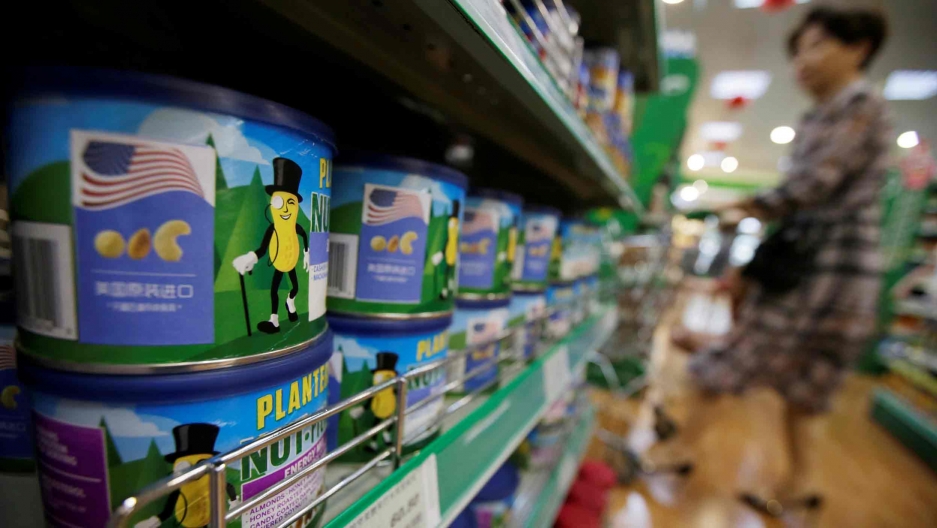 Products of nuts made by are displayed for sale at an international supermarket in Beijing, China. After years of recommending low-fat foods, nutrition science is now advising consumers to embrace whole, unprocessed foods like nuts or full-fat dairy.

The New Year may feel like the perfect time for a fresh start, a good moment to begin paying more attention to what you eat. And when it comes to healthy eating and losing weight, much of the focus — in recent years — has been on low-calorie and low-fat foods, but recent research has begun to question the effectiveness of that approach.

For one thing, some of the most cutting-edge nutrition science suggests that not all calories are equal.

“It's much better to have 1,000 calories of healthy food than to have 600 calories of unhealthy food,” said Dariush Mozaffarian, dean of the Friedman School of Nutrition Science and Policy at Tufts University.

Mozaffarian, a cardiologist, says you shouldn’t worry about eating certain healthy high-fat products, including dairy foods which may, in fact, lower the risk of developing Type 2 diabetes.

His advice about not counting calories may contradict what experts have been saying for years, but “science is changing and that’s normal,”  Mozaffarian said.

He notes that changes in nutrition science are often more high-profile than changes in other sciences.

Related: Fat in Japan? You're breaking the law.

Still, it can be a challenge keeping up with evolving recommendations about what to eat.

Mozaffarian believes that the responsibility of maintaining the safety and quality of our diets shouldn’t be left solely to consumers and that the government should take a more active role. After all, he points out, food is really the only major industry where so many choices are left to the customer.

“We don’t create toy stores and tell parents that most of the toys in the store are bad for your children … and you have to figure it out,” Mozaffarian explained.

Related: Global meat consumption will soar by 2024. But what meat is eaten makes a big difference in the impact.

Several countries have implemented public health policies to encourage healthy eating habits. In 2014, Mexico began to levy a 10 percent excise tax on the sale of sugary beverages to discourage soft-drink consumption. In 2016, Chile started to identify high-sugar and high-fat foods with a black, stop-sign-shaped label.

And when it comes to tackling obesity in the US, there have been some positive moves recently. The farm bill that was passed in December encourages retailers to offer incentives for SNAP participants who buy fruits, vegetables, whole grains, and other healthy foods. It also funds a program allowing health care providers to prescribe fresh fruits and vegetables for low-income people.

Mozaffarian would like to see more efforts at the national level. “There are a lot of levers that the government can use and has to use,” he said.