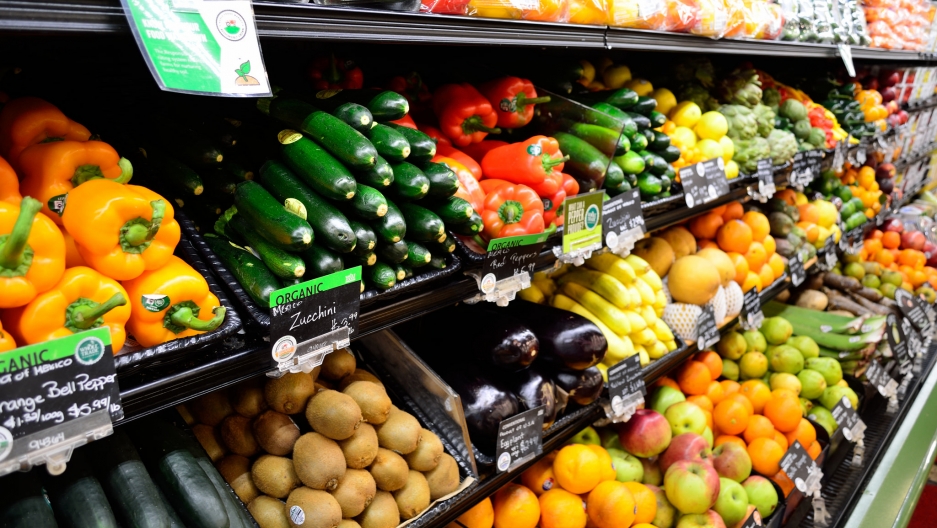 The real problem in our diets is processed foods and additives, suggests a new study on the cancer-fighting power of organic foods.

A major study published in the Journal of the American Medical Association has found what many people have long suspected: Eating organic food appears to reduce the risk of cancer.

Among some 69,000 people tracked by French scientists over several years, those whose diets contained more organics had about 25 percent fewer cancers overall, with 35 percent fewer breast cancers in older women and a more than 70 percent reduction in lymphomas.

The findings suggest — but do not prove — that pesticides and other chemical residues found in food cause cancer. But there is no reason to wait for more research when it comes to making food choices, says Ken Cook, president of the Environmental Working Group. The results confirm that a “cleaner set of ingredients, closer to nature, with fewer additives and less processing,” can play a role in reducing cancer rates, Cook said.

“The fact that several cancers showed a marked decrease [in an organic diet] tells me that organic food is probably targeting the mechanisms that are associated with those cancers,” Cook said. “And there are other chemicals in nonorganic food — chemical dyes, colorings, flavorings — that simply are not allowed in organic food manufacturing. That — in addition to pesticides — may be another reason why there are lower cancer rates amongst these mostly women [in this study] who are eating more organic food.”

Cook would like to see organic food production scaled up. Organic foods are still a tiny percentage in most people's diets. On the other hand, Cook emphasizes that eating conventional fruits and vegetables is not a bad thing. The real problem in our diets is processed foods and additives.

Related: As demand for organics grows, the US relies more on imported products

“If I can give my little boy a conventional apple, I'm going to give him that as opposed to a pile of cookies or some chips,” he said. “A plant-based diet is desirable. … We want people to think holistically about their health and their diet, and in order to do that we have to recognize that not everyone can find or afford organic food.”

While this study focused on cancer, it made Cook wonder about the insights scientists might get if they performed a similarly large study that looked at organic food’s connection to other common maladies — neurological diseases, ADHD, early onset Alzheimer’s and other types of damage to the nervous system.

“There are a lot of pesticides in use and in the food supply that have a particular health endpoint associated with them, while with others it is cancer,” he said. “So, I think the overarching message here is that when we look at a large population like this and ask a lot of smart, thoughtful questions about eating habits, we emerge with a fresh understanding of the benefits of having a diet that is clean.”