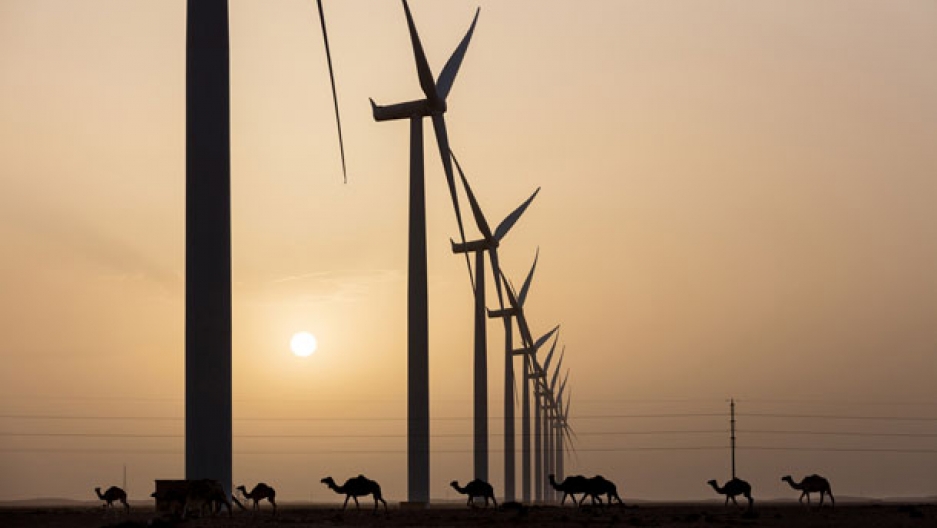 Wind turbines along the Morocco coast, near the town of Tarfaya.

The Paris agreement set a goal of limiting global warming to 1.5 degrees Celsius over pre-industrial levels. Climate Action Tracker measures countries’ progress toward meeting this goal and the latest report finds that just two countries, The Gambia and Morocco, currently have policies that meet the 1.5-degree target.

Scientific evidence shows that a 2-degree warmer world will be far more disastrous for civilization than a world that warms by 1.5 degrees or less.

Climate Action Tracker’s Yvonne Deng notes that the group’s ratings take into account the unique situations of each country.

Related: From the Amazon to the Arctic, The World’s biggest environmental stories of the year

“When you look at the overall emission reductions that we need to see globally, it doesn't mean that every country has to reduce their emissions,” she explains. “Countries that are still developing need to be allowed to increase their emissions from current levels. Countries that have already developed really need to look at decreasing emissions.”

When it comes to global emission reductions across different counties, wealthy countries simply need to do more than their poorer counterparts.

There are various approaches to figuring out how to share global emission reductions across different countries, Deng says. One approach looks at per capita emissions and tries to calculate reductions between now and some future date; another approach factors in what some countries have already emitted to further their own development; a third approach says that wealthy countries simply need to do more than their poorer counterparts.

Climate Action Tracker looks at “the whole range of possible emission levels per country, in any of these approaches,” Deng says, “and then determines what we call the ‘fair share range’ of emission reductions — and that informs our rating scale.”

In addition to rating each of the countries’ commitments under Paris, Climate Action Tracker also uses what they call their CAT Thermometer, a tool that measures global temperature rise under various scenarios. For example, they’ve calculated that if countries do what they've committed to doing under the Paris agreements, the world will see a rise of about 3 degrees Celsius by the end of this century.

“The good news,” Deng says, “is that we have almost all the technologies available that we need for this. … [T]he challenge really is in getting them out there and getting them scaled up. So, this is a political problem. It's a question of willingness to do it. It's not a question of figuring out how to do it technically; that would be even scarier. But we know how to do it.”

Related: The world struck a major climate deal in Poland. So, what’s in it?

Most countries have not yet met their commitments under the Paris climate agreements, and Climate Action Tracker rates a small group of countries as “critically insufficient or highly insufficient.” These include Russia, Ukraine, Saudi Arabia, Turkey and the US.

Deng notes that in the US, state and local level governments are working to find ways to reduce emissions, but at the federal level, under the Trump administration, there is not only a lack of action but a reversal of direction.

“I’ll be very frank,” El Haite says. “When you see America withdraw from the Paris agreement, I'm not only disappointed, I'm feeling that politicians are not taking their responsibilities seriously. The United States was a leading country during the negotiation, and now, as President Trump decided to withdraw from the Paris agreement, they are still blocking the negotiation. This is not right.”

Morocco has been on a path to a low-carbon economy for decades, El Haite points out. She says her country has understood since 1964 that climate change is a problem they need to address. What’s more, she points out, the whole of Africa accounts for only four percent of global carbon emissions.

“The ones who are impacting the world are the fuel producers and industrial developers,” she says.

“Those countries should lead the negotiations. I’m thinking about the United States, Russia, China, Europe, et cetera. So, I'm really feeling disappointed — as a Moroccan, as an African, as a citizen of the world — and feeling that those who are blocking the negotiation now are not taking responsibility. Many millions and millions of people will die because of this decision.”