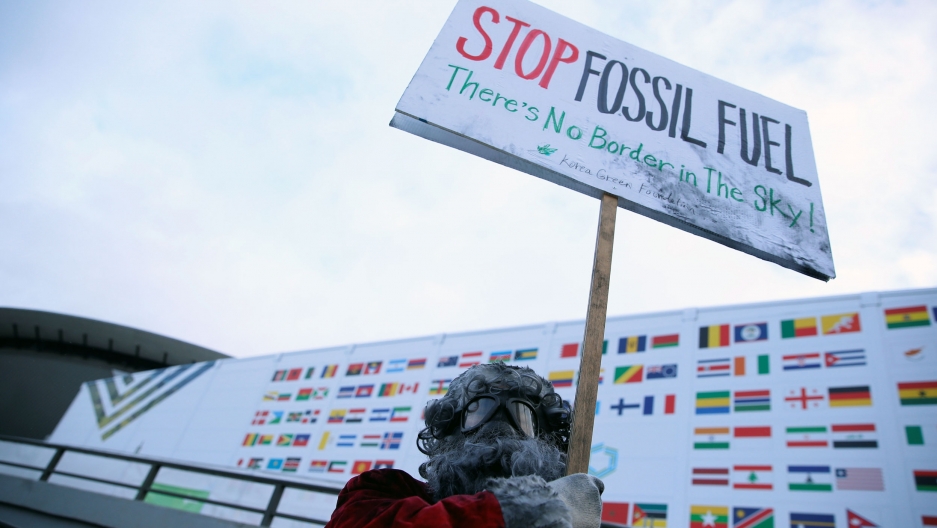 Environmental activist protests against fossil fuel take place in front of the the venue of the UN Climate Change Conference 2018 in Katowice, Poland, on Dec. 10, 2018. Over the weekend, negotiators created a rule book for countries to follow to meet the goals of the Paris Agreement.

By the time the final meeting of this year’s global climate summit was gaveled into session in Katowice, Poland, it was past 9 p.m. on Saturday. Exhausted negotiators were more than 24 hours past their deadline, and workmen were already starting to disassemble the conference venue around them.

But Michał Kurtyka, the Polish official presiding over the meeting, told delegates it was worth it.

“You have worked on this package for three years,” he said. “Every single step forward is a big achievement. And through this package, you have made a thousand little steps forward, together. You can feel proud.”

The accord is a follow-up to the breakthrough 2015 Paris Agreement, in which countries committed to keeping global warming below 2 degrees Celsius above preindustrial levels. The “rule book” adopted in Katowice sets out how countries should measure their greenhouse gas emissions, report on emissions cuts and hold each other accountable.

“The rule book puts meat on the bones of Paris, enabling it to operate,” said Sue Biniaz, who was the state department’s top lawyer on climate change for decades and helped draft the Paris Agreement. “It would have been hard to imagine this extensive a rule book a few short months ago.”

That’s in part because of the political backdrop. President Donald Trump has said he will pull the US out of the agreement as soon as he can, in 2020, and delegates worry that Brazil’s new president could follow the US out the door. Meanwhile, key members of the European Union, including the UK, Germany and France are distracted by politics at home. And the US and China, who together drove the Paris Agreement, are in a standoff over trade.

Related: US a wild card as climate negotiators race to meet Friday deadline

“Who would have thought five years ago that you would have China, the US, Brazil and Europe all committing to a binding set of rules?” said Jennifer Morgan, the head of Greenpeace International.

But for Morgan and many others, the agreement in Katowice did not go far enough. Advocates pointed out that pledges made by countries so far won’t cut greenhouse gas emissions enough to meet the goals of the Paris Agreement. Morgan said it was a major failure that the final agreement didn’t include a strong commitment that countries would increase their ambitions as fast as the current science indicates is necessary to avoid the worst warming.

“A rule book alone is not going to get us there,” Morgan said. “We have a climate emergency right now. And I expect leaders to take that seriously and go beyond their comfort zones to stand up for the most vulnerable in their own countries and around the world.” 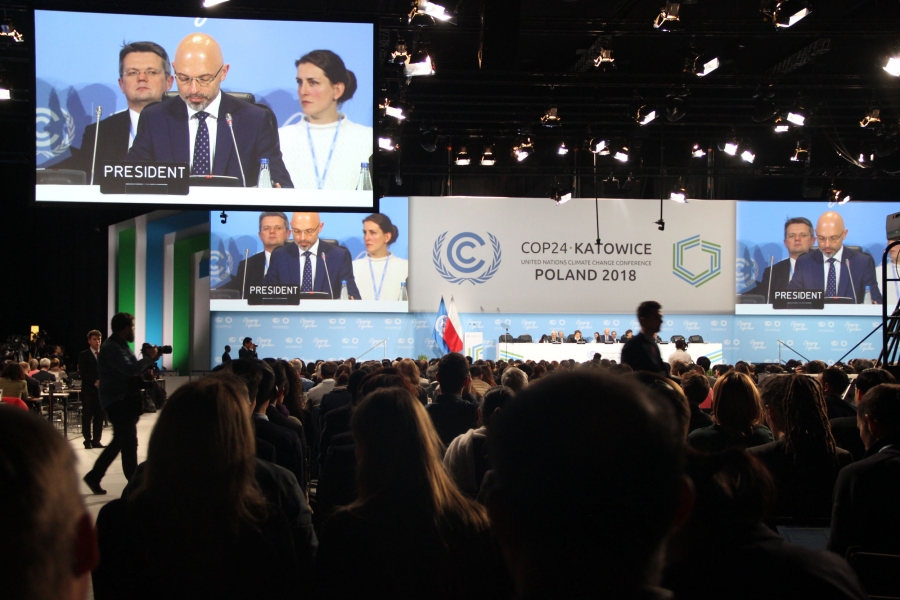 Michał Kurtyka, the Polish official presiding over this year's meeting, looked visibly relieved as he gaveled the final meeting into session. "It's been a long night," he said, to laughter.

Under the Paris Agreement, countries must set a goal for cutting greenhouse gas emissions — and then every five years, they must report on what they’ve achieved, compare global progress to the overall goals of the Paris Agreement and make new pledges to reduce emissions even more.

The agreement was designed to ratchet up emissions cuts over time. But that process only works if countries can hold each other accountable, said Camilla Born, of the climate think tank E3G.

The Katowice package sets that framework, creating standards for reporting emissions. The agreement also includes transparency guidelines so that countries can verify each other’s progress — guidelines that the US and China were credited with jointly negotiating.

It also solved one of the long-running points of contention in climate talks by ensuring that all countries — developed and developing countries alike — will eventually face the same reporting standards. China and developing nations had resisted a common standard for years, arguing that it was unfair to hold them to standards they might not have the capacity to meet.

“The fact that we have one set of rules is really important,” Born said, adding that it lets countries essentially compare apples to apples.

The agreement also includes a process for rich countries to increase the amount of money they will pay to help poorer countries adapt to climate change. Developing countries say current commitments are still nowhere near enough, but Born said it’s a start.

“They’ll provide greater clarity and predictability on that finance,” Born said. “What that means is developing countries can plan to deliver climate action with the certainty that money will come and help them do that.”

What’s not in it?

Many countries were infuriated when the US, Russia, Saudi Arabia and Kuwait blocked language “welcoming” a recent report from the Intergovernmental Panel on Climate Change that concluded the world must limit warming to 1.5 degrees Celsius or face catastrophic impacts. Ultimately, the final agreement included weaker language, welcoming the “timely completion” of the report.

Speaking for a coalition of the world’s least developed countries, Ethiopia’s representative said the US and its allies were seeking to undermine science that indicates more ambitious action is needed.

“It is unfathomable that while women, men and children all over the world suffer at the hands of climate change, a small handful of parties refused to welcome the science that confirms the devastation we are already experiencing in our countries,” he said.

The final agreement also postponed key decisions on how to set up markets for trading international carbon credits after Brazil demanded changes that other nations argued would create accounting loopholes.

“No rules are better than bad rules, and that’s what we went with,” said E3G’s Born. 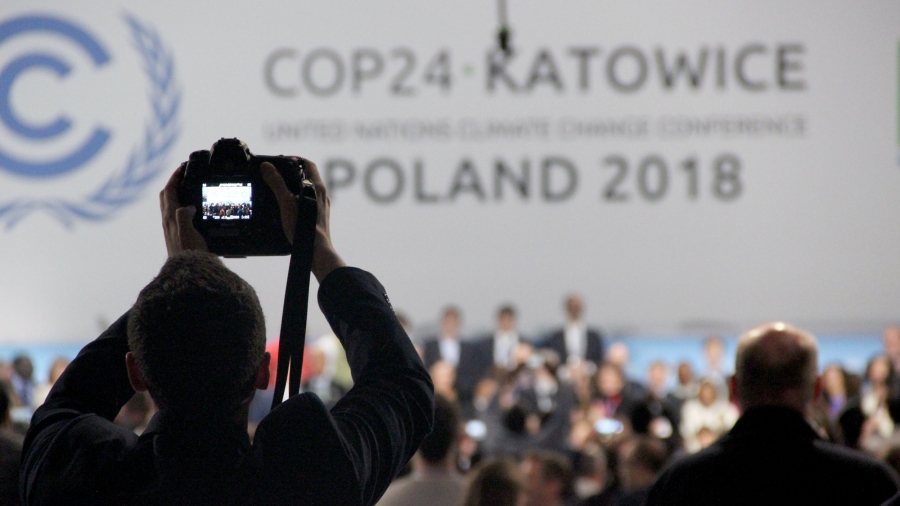 Reporters scrambled to take a photo as the heads of delegation for nearly 200 countries stood on stage after passing the final agreement.

The next big milestone will come in September 2019. That’s when UN Secretary-General António Guterres plans to convene a meeting rallying countries to step up their targets under the Paris Agreement. Advocates hope countries will announce more ambitious pledges at the meeting.