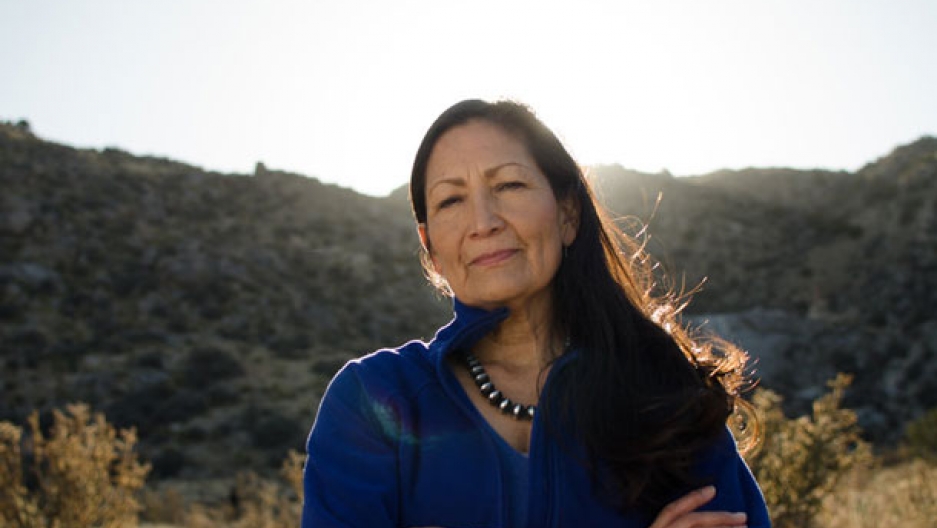 In 2018, Deb Haaland of New Mexico became one of the first Native American women elected to Congress, along with fellow freshman Sharice Davids from Kansas.

Courtesy of Deb for Congress

On Nov. 6, Deb Haaland, from the Pueblo of Laguna tribe in New Mexico, became one of the first two Native American women to be elected to Congress.

Congresswoman-elect Haaland previously chaired New Mexico’s Democratic party. Sharice Davids of the Ho-Chunk Nation in Kansas is also an incoming freshman in the House of Representatives. Both women are Democrats.

Haaland says she is “honored and humbled” by her election. “I realize the weight that I will carry,” she says. “After 240-plus years of not having representation, Native women finally have representation in our Congress.”

Haaland was in Washington, DC, recently for orientation week and she participated in a press conference for the "Green New Deal," a platform that is getting a lot of attention.

“There are a number of legislators who are committed to it,” she says. “Part of that is making sure that the Democrats come up with a viable — I want to say hardcore — renewable energy infrastructure plan.”

"I think we have to be very strong on this issue,” Haaland maintains. “There are still climate deniers out there and it's up to us to really push this issue, to make sure that we're building relationships around an infrastructure plan that everybody can get behind. When we've seen all of these hurricanes, droughts and the fires in California, we have a responsibility to these communities to be a leader in fighting climate change and moving toward renewable energy.”

For Haaland, environmental and climate justice are closely linked to Indigenous rights.

She went to Standing Rock in 2016 to add her voice to “the water protectors” protesting the Dakota Access pipeline. Many sacred sites and traditional homelands of Indian tribes are not within their current tribal boundaries, but that does not mean that they shouldn't have a voice in how those lands are developed, Haaland says.

“That land was Indian land long before it wasn’t,” she points out. “I feel like we need to make sure that Indian tribes have a seat at the table, that they have a voice in how this land is getting developed and in how things are moving forward. I really feel strongly that environmental review should include a voice for tribes in any area. And if they are traditional, sacred lands, we should find a way to respect that as a country and as a government.”

Haaland says she also plans to work hard on voting rights when she gets to Congress. When the effects of climate change really begin to hit, she says, the people who can't afford to move or rebuild will suffer the most. “We have to ensure that these folks, the underrepresented people in our country, actually do have a voice,” she says.

Haaland is excited to be part of the incoming group of women and people of color who made history in the 2018 elections by reaching national office.

“I think it's going to make a huge difference in environmental stewardship,” she says. “There are so many of us who want a Green New Deal, who campaigned on that. A lot of us will stand together to make sure that we're working on that. But there are also other voices. There's an incoming freshman, Lucy McBath, whose son was killed by gun violence. She turned her grief into activism. She ran for a seat in Congress and won.”

“All these voices together are going to help us live in a new world and fight for the issues in an effective way to make sure that we are getting things done,” she concludes.