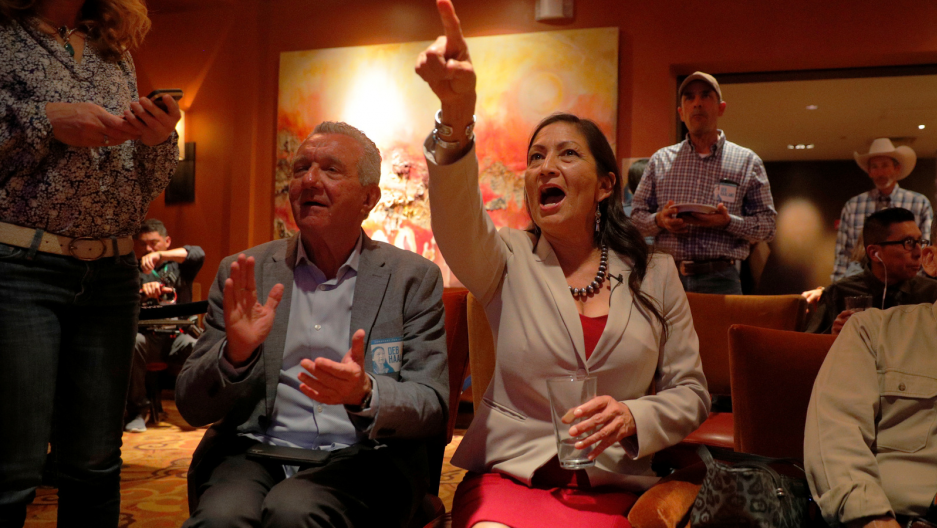 The 116th Congress is going to look different next year.

During the 2018 midterm elections, voters went to the polls and elected a record number of women candidates from both sides of the aisle.

According to the Center for American Women and Politics, 237 women ran for 435 House seats. Ninety-six of those women had won their races when this article was published. Currently, there are 84 women serving in the House. Currently, 23 women serve in the Senate.

Women say they won by promising to reach across the aisle and running what they call “grassroots-style” campaigns, which, among other things, involves recruiting volunteers themselves, door knocking and raising money from small-dollar donations.

It wasn’t just a night of firsts for women; many ceilings were shattered.

Walking into the Courtyard Marriott Hotel in Minneapolis’ Cedar-Riverside neighborhood felt more like a party rather than a typical campaign headquarters on election night.

In the corner, a young DJ named Flavio played Somali pop music and danced with friends while a few singers rallied the crowd to dance and sing along. This was a historic evening for the Somali community in Minnesota. They had elected one of their own.

Late last night, Ilhan Omar, the 36-year-old state senator from Minnesota, was poised to take the stage to declare victory over her Republican challenger for Minnesota’s 5th Congressional District, Jennifer Zielinski. Omar beat her opponent by garnering nearly 78 percent of the votes — such a substantial margin that the race was called less than an hour after the polls closed. Omar will be the first Somali America woman, the first refugee woman and one of the first Muslim women to hold office.

“We finally have someone that looks like us, that will represent us, that knows our issues and will protect us in government,” Asma Mohamed shouted over the loud, synthesizer-heavy hits and roaring of the crowd. 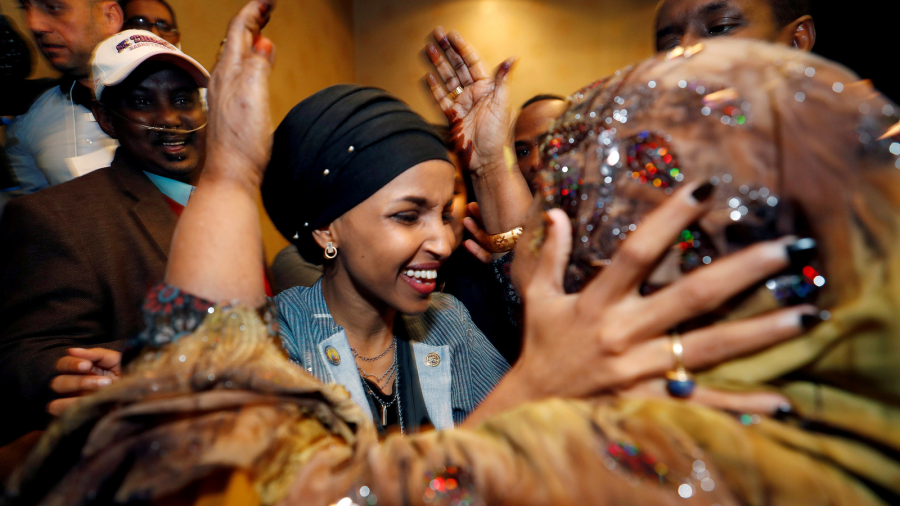 Democratic congressional candidate Ilhan Omar is greeted by her husband’s mother after appearing at her midterm election night party in Minneapolis, Minnesota, Nov. 6, 2018. Omar won her district, receiving nearly 78% percent of the votes.

“Immigrants, promised the land of opportunity, are too often met with bigotry and hate,” Omar said in her victory speech. “I could not stand by on the side and watch those promises go unkept.” She, like many other first-time Democratic candidates, ran on abolishing Immigrations and Customs Enforcement (ICE), promising a living wage and universal health care. She says these are the things that people in her district care about.

Omar isn’t the only Muslim headed to Congress next year. Rashida Tlaib, a Muslim woman who campaigned with Omar in Minnesota, will represent Michigan’s 13th District. She’s taking over John Conyer’s former seat. Tlaib has been serving in the Michigan House of Representatives since 2008.

Texas elected two Latinas to the House for the first time. Some women who won are veterans; others used to work for the CIA.

Hayes, who will be the first black woman to represent Connecticut in Congress, grew up in public housing and openly talks about her mother's past substance abuse. When it comes to politics, Hayes says her political success was unanticipated. "Nothing in my life says I should be here," she has said

Native American women ran in record numbers. In total, 54 Native women ran for state and national races across the country.

Now, Congress is poised to have two Native women in the House of Representatives. Sharice Davids, a Kansas Democrat, beat out Republican Kevin Yoder in the state’s 3rd District. Davids is a citizen of the Ho-Chunk Nation.

“This is the most important election of our lifetime, and the activation of voters in our tribal communities will ensure their voice at the table,” Haaland said.

Native American voters faced challenges days and weeks leading up to the polls. In North Dakota, a controversial law that stated the only form of acceptable form of identification to be able to vote had to have a street address, not a P.O. box. That’s a problem for many Native voters, who often live in rural areas of the state and have not been assigned a formal street address.

Flanagan says no one should be surprised that Native women are running.

“Native folks have been registering to vote, turning out to vote, flipping seats across the country and it is the natural next step that we would run for office ourselves,” Flanagan said over the loud music at a victory party in Saint Paul, Minnesota. “I also think when Native women see a problem, we step up and we step in to fix it.”

Native Americans weren’t granted citizenship until the mid-1920s. That didn’t automatically ensure their right to vote. In some states, residing on a reservation or tribal enrollment were used to deny Native people access to the ballot box. The Voting Rights Act in 1965 finally corrected some of these discriminatory practices.

While women in the US are celebrating a big victory at the ballot box, some countries have already been there and done that.

In October, Quebec led Canada in the number of women elected to office. Pascale Navarro, a member of the Board of Directors of Groupe Femmes, Politique et Démocratie, which lobbies for a greater political role for women in Montreal says that women in Canada and women in the United States are gaining more confidence and not wanting to “wait their turn to run.”

“So here in Montreal, Quebec and Canada we are very, very hopeful,” Navarro told me over the phone.  “We see that women in the United States are not passive. They have guts and they speak out as women.”

Kimberly Mitchem-Rasmussen, from the Political Institute for Women, says that more women running in the United States is great for women in other countries.

“So, globally I think it just helps us rehabilitate our image as a leader when it comes to democracy and representation and equal participation,” she said.