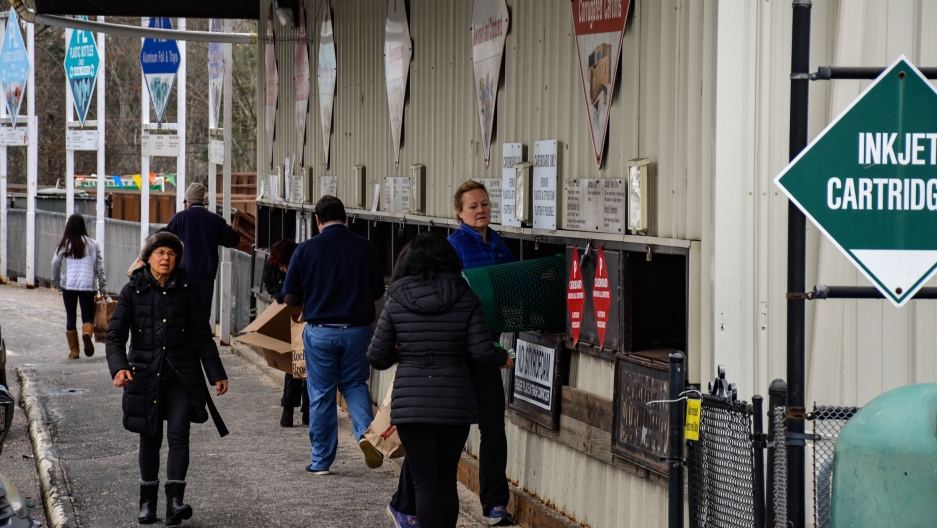 For years, the model for global recycling was pretty simple: throw it in a bin, then let China deal with the mess. But no longer. It’s been a year since China got tough with American cans, bottles and paper. And the changes are still reverberating up and down the recycling chain.

“This would be a soft wood, like pine and spruce,” he says.

The sheets of fiber are put in a big blender and mixed with hot water. “It's about the consistency of oatmeal,” Graver explains.

After a process of drying, adding starch and various coatings, as well a few other cool tricks, this mill can churn out 150 tons of paper a day. Mohawk produces high-grade stuff for stationary, photo books and marketing materials. But if they’re running a batch using recyclables and there’s just a little bit of contamination in there, it can ruin Graver’s day.

“All it takes is one sheet of cardboard mixed in with all the white paper, those little brown fibers will be viewed as a contaminant,” Graver says. “And you can't make nice, bright white paper out of stuff that's full of contaminants.”

The papermaking process, in brief 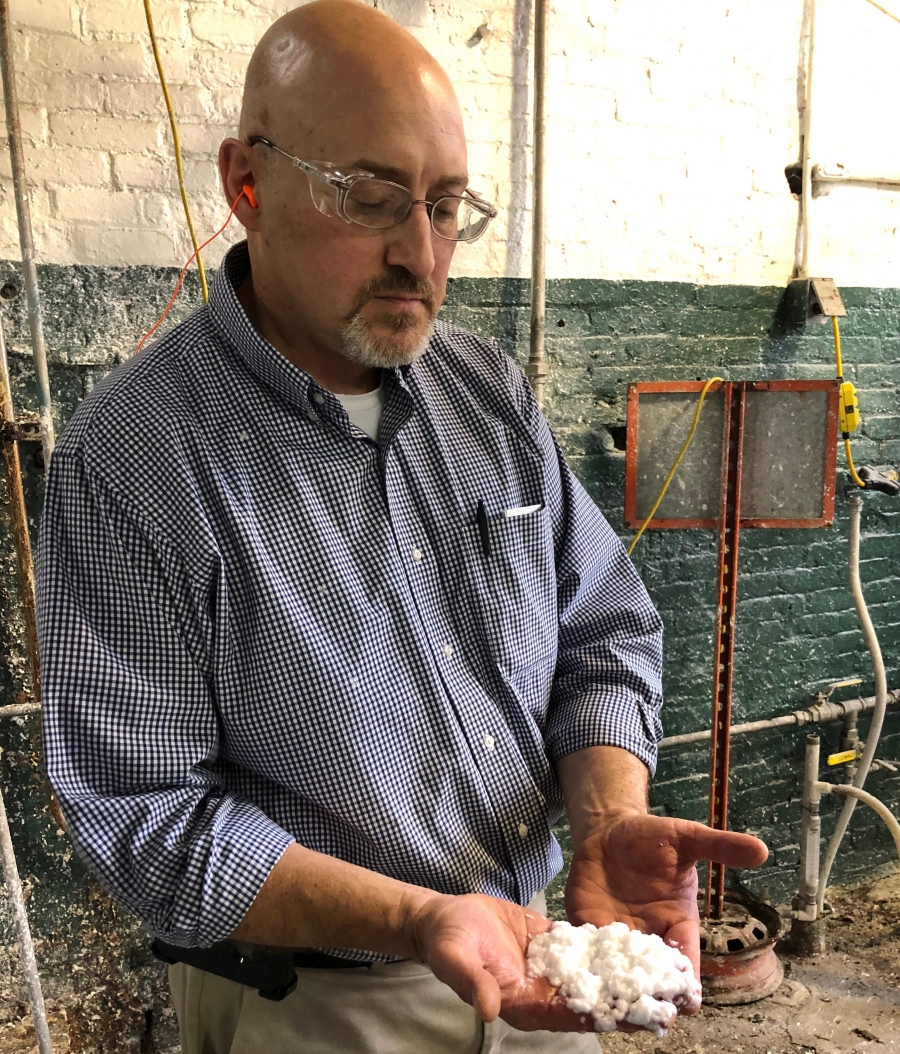 Early in the process, pulp fiber has a consistency and look that’s similar to oatmeal. Here, Paul Graver with Mohawk, holds an example. 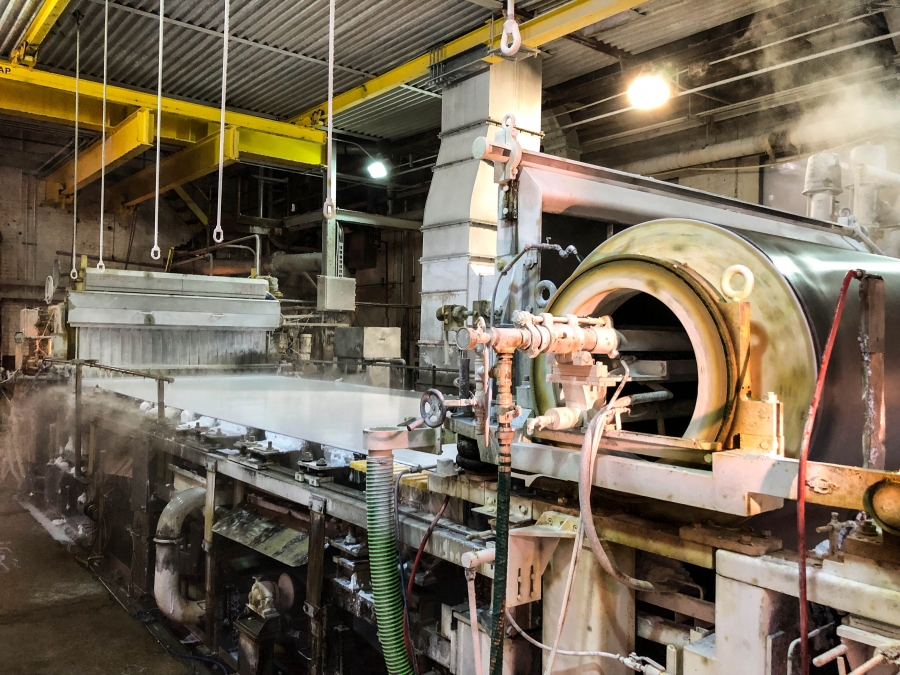 Further along in the process, water is drained and starch is mixed in with the fiber to give a sheet strength. Fiber comes out of a pressured tank, flowing out like a wet paper towel. More water is removed using gravity, vacuum drainage and a variety of presses. 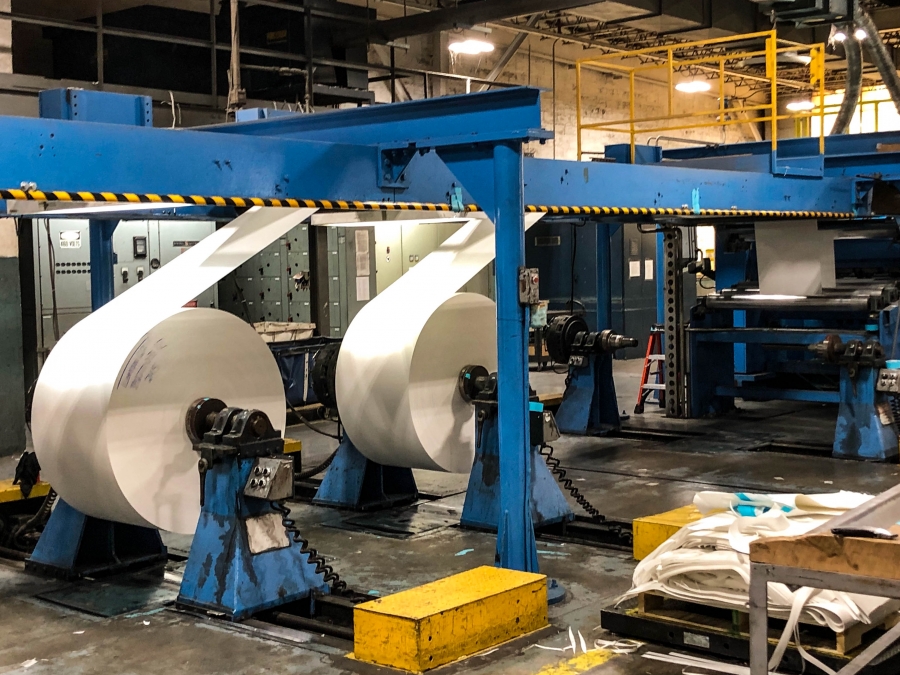 The Mohawk mill in Cohoes, New York, produces about 150 tons of paper each working day. 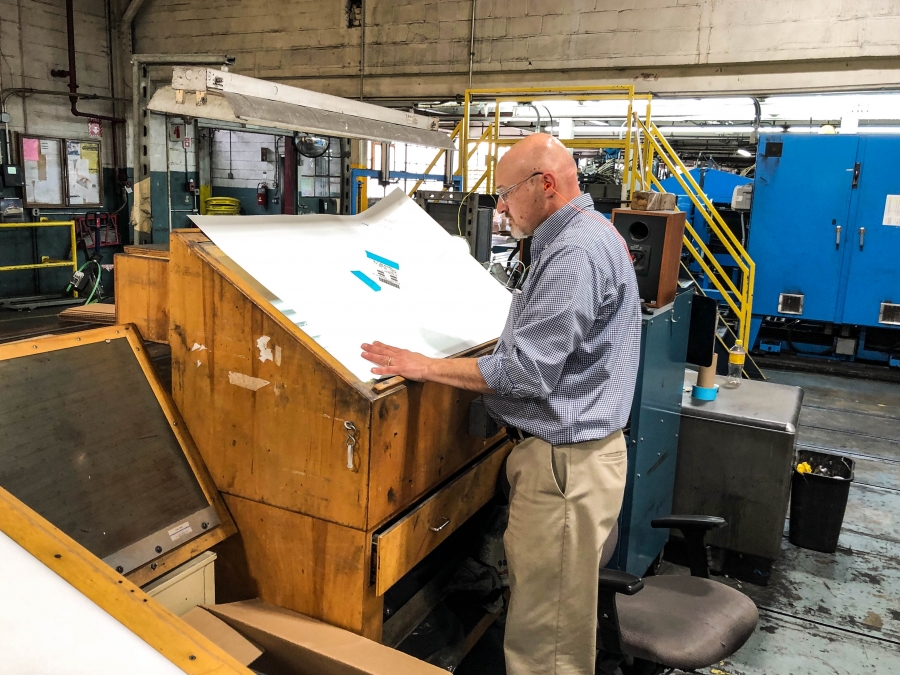 So how do those contaminants get into a batch at Mohawk in the first place?

It all starts with you and me. The vast majority of us who recycle in the United States throw it all — cans, bottles, paper, whatever — into one bin to be hauled off by a truck. This is called "single stream" recycling.

“People put things in the bin that can’t really be recycled. The industry has started calling that ‘Wishcycling,’” says Susan Collins, president of the Container Recycling Institute in Southern California. “A quarter of what we put into those recycling bins doesn’t get recycled, either because it was improperly placed in the bin in the first place or because it cross-contaminates other materials in the bin.”

And that’s what China doesn’t want to deal with anymore. (Recycling is sorted at a materials recovery facility, or MRF, before being sent for reprocessing in China — or wherever they're being processed.)

Related: Mountains of US recycling pile up as China restricts imports

But recycling doesn’t have to be so contaminated. Consider paper and pulp engineer Jay Hunsberger’s experience living in Sweden.

“I had had a couple of different bags I would have in the house, and I would put tin and metal, or those types of things in one. I would put colored glass in one and clear glass in another … There was a light bulb one, a battery one,” says Hunsberger, vice president of sales and marketing with Sustana, a Wisconsin-based company that takes in used paper and turns it into pulp fiber.

“You do it as part of your cycle of errands. I’ll go from here to the post office,” says John Spencer, who piles bags of recycling into his car to haul off to the Massachusetts town of Wellesley’s Recycling & Disposal Facility, roughly 10 miles west of Boston.

Spencer walks with his recycling to stations with poster-sized photos of four types of plastic, six types of paper, metals and other random objects. He’s got a lot of stops to make.

Even though it’s literally a dump, Wellesley’s operation is clean and well organized. But isn’t doing all of this a huge pain in the you-know-what?

“Oh, I love doing it. It’s what you should do,” says Spencer. “It’s the right thing to do, and people take pleasure where they can.”

Whatever floats your boat.

Still, Chris Wood, who was dropping off her cans and bottles, disagrees: “No, it’s a pain, it’s a pain.”

But Wood does it because she believes that Wellesley’s system is better for the environment. Also, she doesn’t have to pay taxes for curbside recycling, the town doesn’t have to pay extra money for the disposal of contaminated recycling that goes to landfill, and Wellesley makes decent money off of its paper, cans, and bottles because they’re significantly cleaner than single stream recycling.

“In any given year, we’re averaging about $400,000 for the sale of recyclable product,” says Jeff Azano-Brown, superintendent of the Wellesley Recycling & Disposal Facility. 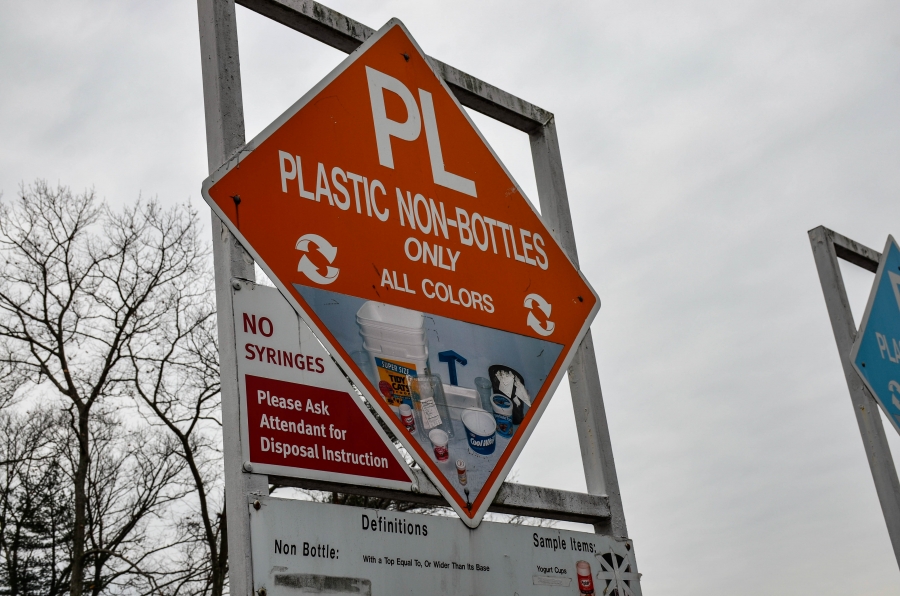 The recycling center in Wellesley, Massachusetts, has large posters guiding residents where to deposit their items.

Wellesley is a small, affluent suburb that began recycling way back in the early 1970s. It’s fair to say, it’s an outlier. Still, even Wellesley’s pristine recycling stream isn’t clean enough for China’s new standard: 0.5 percent contamination. (Technically, Wellesley could get contamination rates that low, but investing in extra machinery, time and manpower wouldn't currently be worth the cost.) The new Chinese policy is named “National Sword.”

“Since National Sword, we haven't been moving material to China,” says Azano-Brown. But the town has plenty of other willing buyers like Indonesia, Malaysia, Canada and New York.

Good for Wellesley. But having a backup plan after China isn’t an option for a lot of municipalities.

“Nobody wants contaminated materials. They can’t use contaminated material to make a fine product,” says Susan Collins of the Container Recycling Institute. “If you have really, really clean recyclables that your community is producing, you’re going to be the first choice for the buyers.”

So as bales of cans, bottles, and papers pile up, China’s get-tough-policies are forcing communities across the globe — from California to Australia to Europe — to rethink recycling.

Related: As China gets tough on recycling, will America get cleaner?

The company Sustana is trying to raise the bar even higher, working with companies like Starbucks to employ what’s called a “closed loop” system.

Jay Hunsberger says in an ideal world, we’d buy a cup of coffee, “and then the consumers take that cup and throw it back in a bin before they leave, or [recycle it] somewhere else. That then gets collected, shipped back to us.”

Cleaner recycling won’t just take improved logistics though — it will take a major mental shift. For decades, we’ve been taught that recycling is a money loser, but we do it for the environment.

But the Swedes and residents of Wellesley can show us something: If cardboard, cans and bottles are treated like real commodities and not just trash, that can be worth some real money.