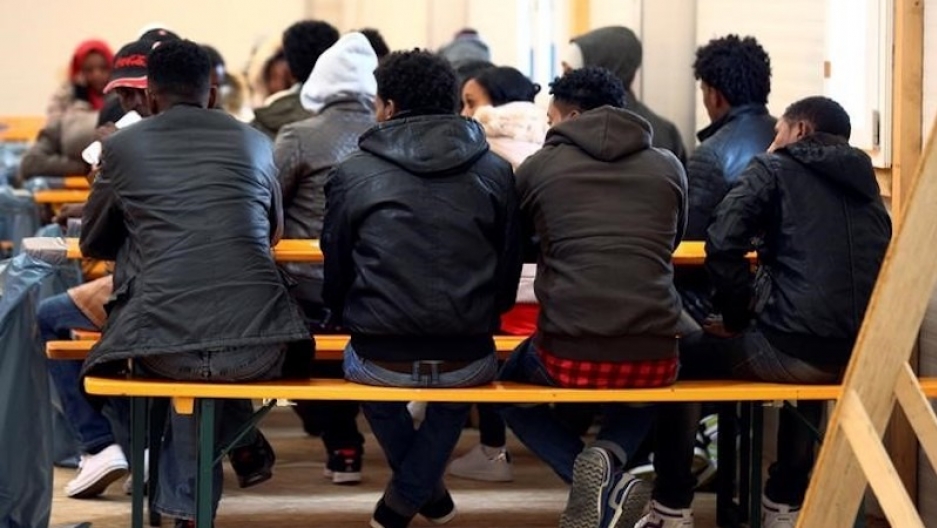 Eritrean migrants receive food after arriving by plane from Italy at the first registration camp in Erding near Munich, Germany, November 15, 2016.

A majority of Europeans support taking in refugees although many disapprove of how the European Union has handled a record influx of migrants that peaked three years ago, according to a new survey by the Pew Research Center.

At a time when anger over migration has fueled a rise in eurosceptic, anti-immigrant parties across Europe, the survey, conducted between May and July of this year, showed that over 80 percent of adults in Spain, the Netherlands, Germany and Sweden favor taking in refugees who are fleeing violence and war.

At over 70 percent, support was also high in France and the United Kingdom. Even in Greece and Italy, the main entry points for migrants into Europe, the survey showed that a majority of respondents still favor accepting refugees.

The European country with the lowest acceptance was Hungary, at 32 percent, well below Poland at 49 percent.

The survey also showed many Europeans are critical of how the EU has handled the influx. Indeed, another opinion poll this month showed 51 percent felt Angela Merkel's government did not take Germans' concerns about immigration seriously. In eastern Germany, the figure was 66 percent.

The unprecedented 2015 influx of asylum seekers, mainly from Muslim countries such as Afghanistan, Syria and Iraq, has already caused popular anger and propelled the AfD, which rejects the new immigration law, into Germany's national parliament.

Germany has become the second favorite destination for immigrants after the United States, attracting more than 1 million in 2016, according to OECD figures.

The crisis also exposed deep divisions within the rest of the EU, with frontline countries like Italy and Greece frustrated with eastern European countries that have refused to accept refugees, and others, including Sweden and Germany, taking on a disproportionately large share.

Some 92 percent of Greeks, 78 percent of Italians and 66 percent of Germans and British expressed disapproval with the EU's handling of the issue.

Outside of Europe, Mexico, Canada and Australia all showed high refugee acceptance rates of over 70 percent, while the United States and Japan both stood at 66 percent.

Despite that support, US Secretary of State Mike Pompeo said on Monday the United States would cap the number of refugees allowed into the country at 30,000 for fiscal-year 2019, a sharp drop from a limit of 45,000 it set for 2018.