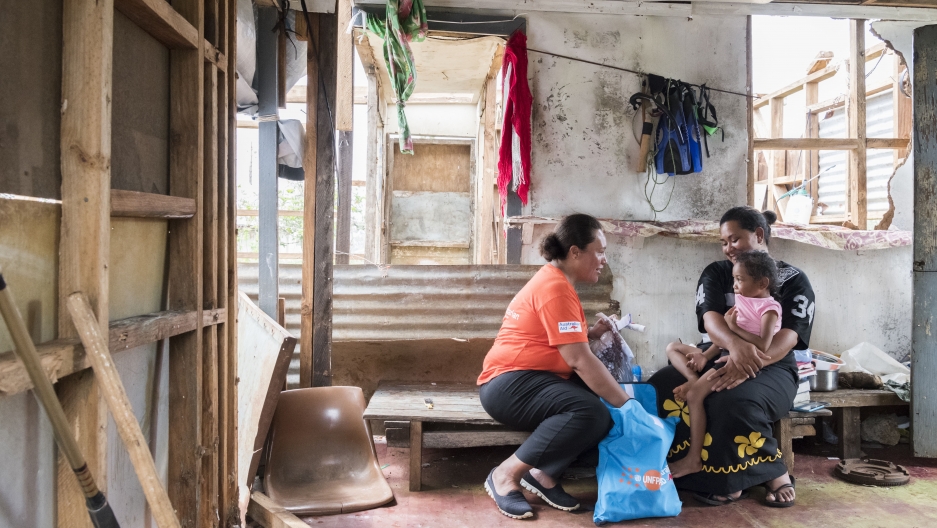 The powerful cyclone destroyed homes such as the one Eta Lotaki (right) lives in with her extended family. In the disaster's aftermath, Katherine Mafi (left) from the Tonga Family Health Association went door-to-door delivering essential women's health supplies.

When one of the worst cyclones in Tonga's history swept through the Pacific island nation, flattening homes, churches, and even the nation’s Parliament Building this year, Katherine Mafi sprung into action. Mafi and her team from the Tonga Family Health Association rushed to one of the hardest-hit islands, jumped into a four-wheel drive and quickly set up mobile clinics to deliver much-needed health supplies to women.

“This was the first time we have experienced a massive and very destructive cyclone in Tonga for quite a long time,” she said.

According to climate scientists, warming sea surface temperatures have intensified cyclones in the South Pacific. As one of the most disaster-prone areas in the world, the region is no stranger to extreme storms. In 2016, a Category 5 storm pummeled the nearby islands of Fiji, destroying more than 30,000 homes and displacing more than 150,000 people. This year, Tonga’s storm knocked down the electricity grid, left 50,000 people without power or a clean supply of drinking water and caused severe flooding.

Related: In a Puerto Rico neighborhood still waiting for power, this community kitchen is like ‘therapy’

When disaster strikes, it’s often women who are affected the most. “Transportation of medical supplies is challenging after any natural disaster,” said A. Tianna Scozzaro, director of the Sierra Club’s gender equity and environment program. 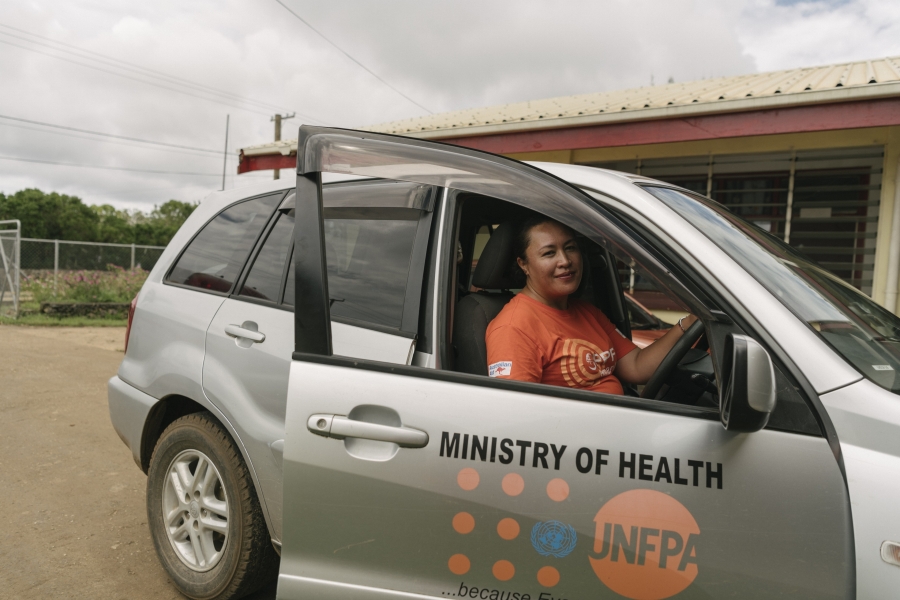 Katherine Mafi from the Tonga Family Health Association quickly sprung into action after the cyclone by providing often-overlooked maternal and reproductive health care to women.

“In a remote, rural community, access to supplies can quickly dry up,” Scozzaro said. This includes birth control and family planning services, essential for women’s reproductive health. Pregnant women are also at greater risk, according to recent studies from the University of Minnesota and George Washington University, since climate change can affect women’s nutrition and cause other health troubles.

On the conservative Christian nation of Tonga, located southwest of American Samoa, it took a major cyclone to connect women to reproductive health care, including long-acting contraceptives, pap smears and other essential supplies. 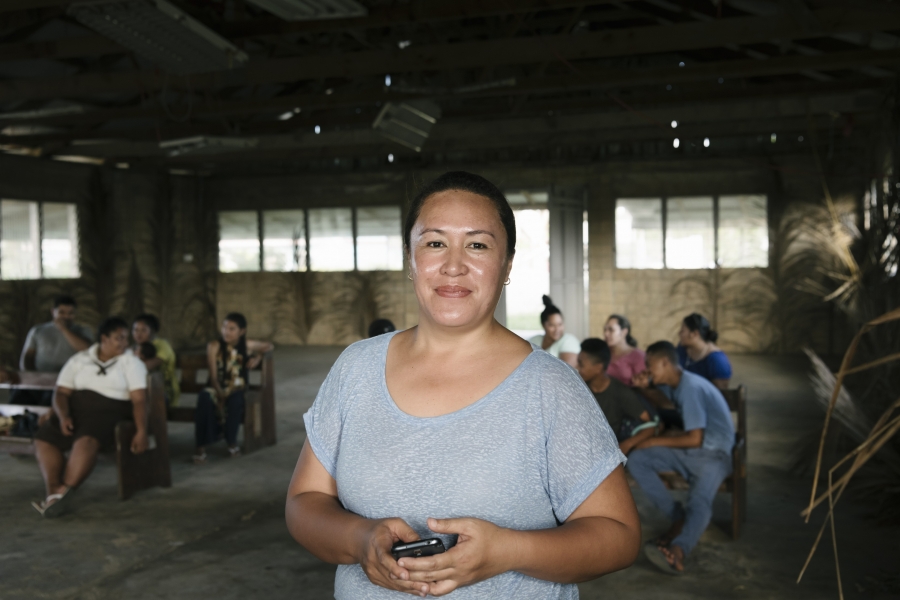 Katherine Mafi has spent the past decade counseling women on reproductive health and family planning in Tonga. She says it's critical to offer these services to women in a time of disaster.

“It’s one of the barriers,” said Afu Tei, a midwife and supervising nurse with Tonga’s Ministry of Health. “When talking about reproductive health, it's not a popular issue. They don't like to talk about that.”

But when the cyclone hit, women poured into clinics asking for medical assistance.

“It opened up opportunities to reach women and communities that we wouldn't normally be able to,” said Nerida Williams of the International Planned Parenthood Federation. “Through these terrible situations and emergencies, women are receiving contraceptives and family planning advice for the very first time. And that can be life-changing for them.”

As nurses and midwives in Tonga stepped up to provide emergency women’s health care during the crisis, they simultaneously introduced women to cervical cancer screenings and family planning.

“In Tonga, cervical cancer is a major [risk] for women,” Mafi said, in large part because so few women get screened. Cervical cancer deaths are easily preventable, and soon after the cyclone hit, Mafi’s team ramped up pap smears in the postdisaster clinics.

In one week alone, they screened more women in some areas than they usually see in a full year. 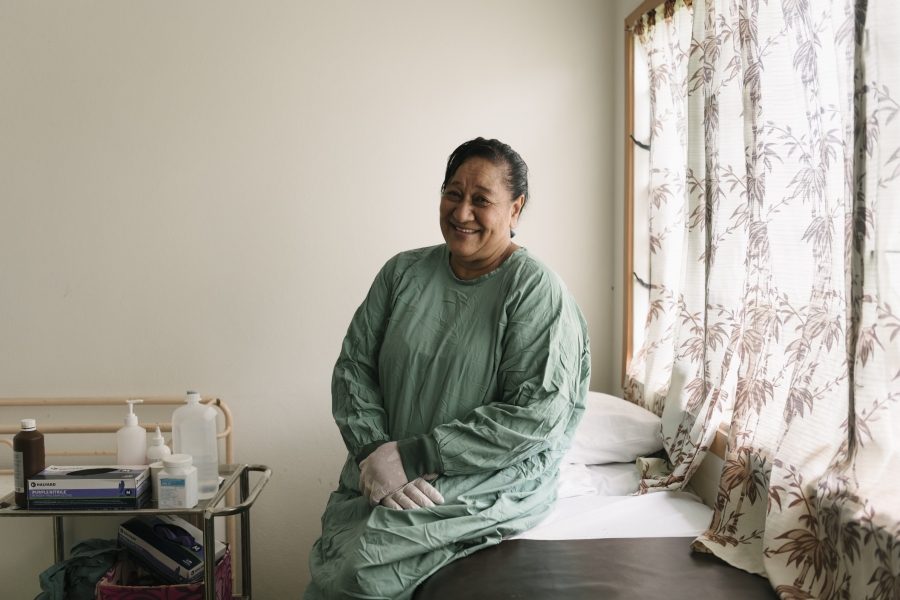 Vika Finau is a nurse with the Tonga Health Family Association.

“When you are taking the services out there to the community, it makes a big difference, instead of waiting for people to come for the services,” said Vika Finau, a nurse on the Tonga Family Health team.

After the cyclone gutted Eta Lotaki’s home on Tonga’s 'Eua Island, the 28-year-old mother visited a mobile health clinic. It was there that she learned for the first time about cervical cancer screenings and contraceptives. With her husband about to leave for Australia for a seasonal fruit-picking job to raise funds, Lotaki decided to plan her family carefully since they could not afford another child.

“The pap smears are an opportunity for women to find out about their health,” said Williams, of IPPF. “And at the same time, it gives us a chance to speak to them about family size, spacing children and also choosing a type of contraceptive that is going to work for them.”

In her door-to-door home visits, the energetic Mafi stopped by Lotaki’s damaged home to deliver a women’s medical kit and answer questions. In her decade on the job, Mafi has established close ties with the women she assists across Tonga’s islands.

She says it’s her life’s calling to elevate women’s health, especially in times of disaster. “I grew up in a house where discussion of sexual reproductive health was not a closed subject,” Mafi said of her upbringing, which is rare in Tonga. “I like to be vocal and bring up voices that are not heard, especially the vulnerable women out there. My heart really goes out to them.”

The cyclone hit Tonga's main island, wrecking homes and other buildings. It's often women who suffer the most in the aftermath of a climate disaster.