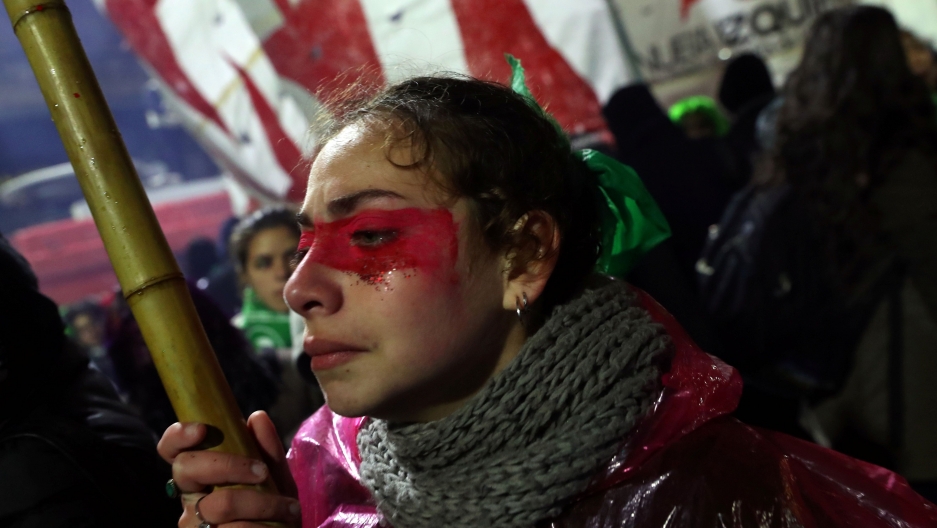 The Argentine Senate voted against a bill to legalize abortion in the first 14 weeks of pregnancy on Thursday, even after the reform passed through the Argentine House and opinion polls showed that it had strong public support.

In recent months, feminists wearing green bandannas, which symbolize the National Campaign for the Right to Legal, Safe and Free Abortion, mobilized support for abortion across Argentina. Despite this effort, Argentinians remain divided on the topic in their country where the Catholic Church and Pope Francis, the first Argentinian pontiff, have shared outward disapproval of abortions.

But abortion-rights activists won’t give up, calling the failed Senate vote a "temporary setback."

Michelle Oberman, a professor of law at Santa Clara University in California, said it wasn’t so much of a setback as it was “a sign of what’s to come.”

The Argentine government estimates that there are between 370,000 and 522,000 clandestine abortions every year. The bill had said that a third of maternal deaths result in clandestine procedures, according to Reuters.

But Oberman said that abortion rates in Argentina don’t surprise her. She added that the women most at risk are mothers who can’t afford another child.

“Those women, when faced with an unwanted pregnancy, are not going to be able to easily decide to keep the pregnancy unless there are supports in her life to make it more feasible," Oberman said. "These things are really the same all over the world. We just don’t talk about them.”

Currently, abortion is illegal in Argentina unless the life of the mother is endangered, or if the pregnancy comes from a rape or an attack against a mentally disabled woman. But many doctors and lawyers still refuse to grant the procedure for fear of prosecution.

For decades now, Argentina has been the destination of choice for upper-middle class women in Latin America, according to Oberman, the author of the book, "Her Body, Our Laws: On the Front Lines of the Abortion Wars, from El Salvador to Oklahoma." She said that this is especially true for women in countries like Chile, where there are more restrictive laws surrounding abortion. It’s easier, and cheaper, to fly out to Buenos Aires, a place known for relatively safe, illegal abortions in Latin America, Oberman explained.

Ultimately, Oberman said that she believes the bill was more successful this time because activists were able to mobilize poor women.

“I think what the activists did particularly well this round was to reach across class lines and to mobilize poorer women to care about abortion by naming the fact that wealthier women have safe abortions even if they are illegal, and that poorer women are really the ones who are carrying the brunt of the abortion ban. And by mobilizing across class lines, they really galvanized a movement that I don’t think is going to go away easily.”