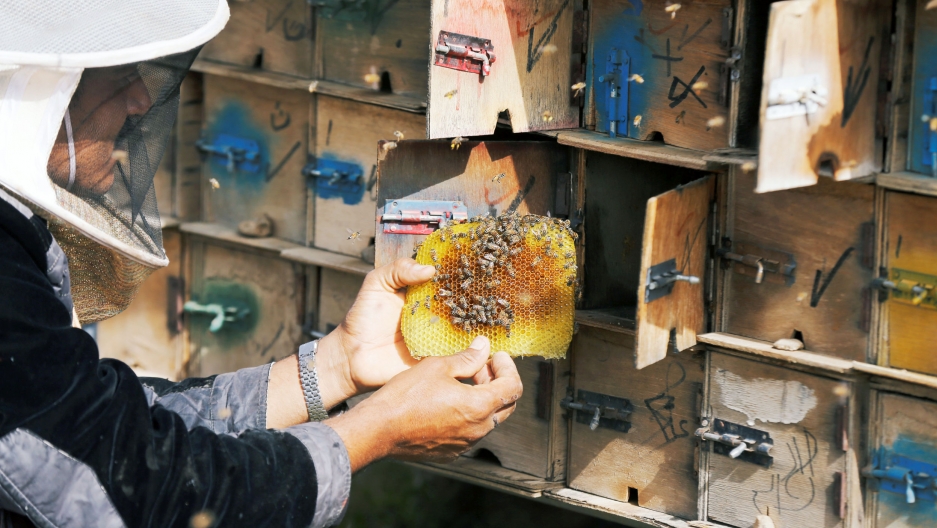 A beekeeper holds a honeycomb he took from a hive at a farm in Hamdan, Yemen on July 31, 2018.

Yemen's beekeepers risk air strikes and land mines as they traverse the country's valleys, transporting their hives on pick-up trucks to produce some of the world's finest honey.

The impoverished Arab state, known for its Sidr honey made from the jujube tree, has endured three years of war that have pushed it to the verge of famine and shattered the economy.

"Before the war ... we produced large quantities of honey. [But now] honey farmers who move their private farms at night sometimes get hit by mistake," said Faris al-Howry, who owns one of the main honey stores in the capital of Sanaa.

"It's happened with two or three farmers we know where their farms were bombed [in air strikes]."

A Saudi-led coalition which intervened in 2015 to restore the internationally recognized government has conducted thousands of air strikes in its battle against the Iranian-aligned Houthi movement which controls the most populous areas of Yemen, including Sanaa.

Some air strikes have hit civilian targets, although the coalition denies doing so intentionally. Houthi fighters have also placed landmines in territory under their control.

Yemen exported 50,000 tons of honey per year before the war but exports have since fallen by more than 50 percent, according to the Federation of Yemeni Beekeepers, which says there are around 100,000 people working in honey farms in Yemen. 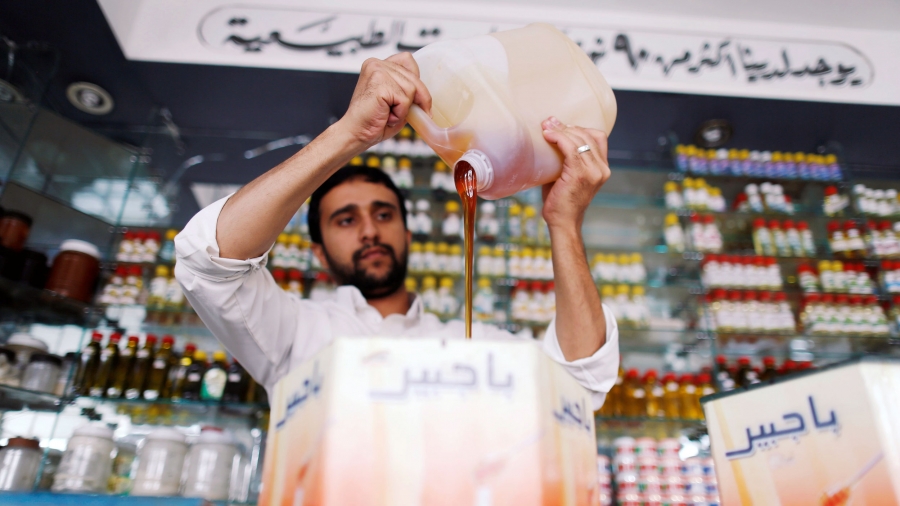 "Breeders must now be mindful that when they're trying to move from location to location, they could be targeted or bombed by mistake," said Abdullah Abdullah Yareem, head of the Yemeni Organization for Honey and Agriculture Development.

He was speaking at a honey farm in al-Mahwit governorate where men tended to wooden hive boxes as bees flitted between sunflowers in a field.

He added it has also become more costly to export honey due to stringent measures imposed on maritime flows by the Saudi-backed coalition, which accuses the Houthis of smuggling Iranian-made weapons, a charge denied by the group and Tehran.

There is only one outlet - to Saudi Arabia, so all exports must flow through there, said Abdullah.

"This has created a problem that raised transportation costs making the product reach the consumer at a very high price."

Howry said business is bad as few people could afford luxuries. The price of honey in Yemen ranges from $100 for 1 kilo (2.2 pounds) of Sidr to $68 for less premium types. Outside of Yemen, the honey sells for about $180 dollars per kilo.

"Sales are down 75 percent ...There is no income, no salaries and no spending," he said in the store, where boxes of honeycomb are on display on the counter. 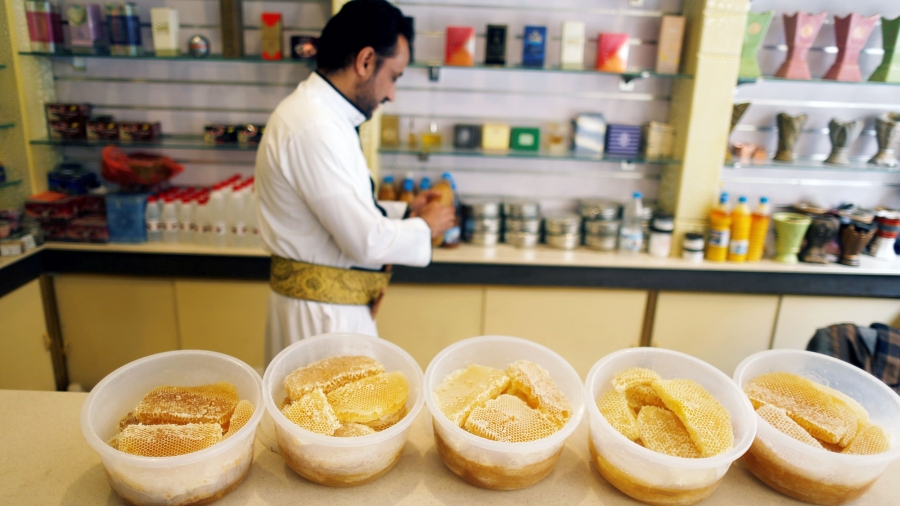 Honeycombs filled with honey are displayed at a honey shop in Sanaa, Yemen, on July 29, 2018.