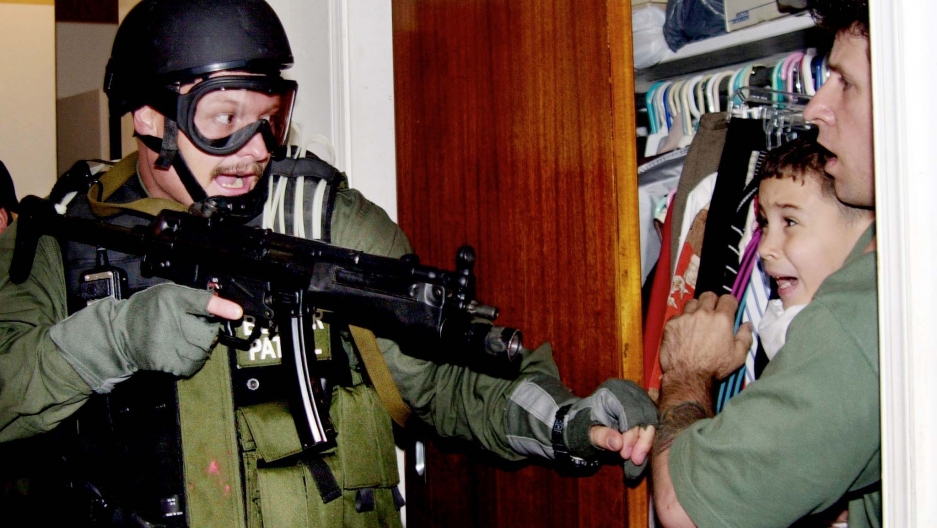 Alan Díaz of the Associated Press won the Pulitzer Prize for breaking news photography in 2001 for his photograph of armed US federal agents seizing Cuban boy Elián González from the home of his Miami relatives. González, held by Donato Dalrymple, right, was taken by federal agents from his Miami relatives April 22, 2000, to return to his father in Cuba. Díaz died on July 3, 2018.

Eighteen years ago, veteran Associated Press photographer Alan Díaz won a Pulitzer Prize for an image that marked a change in what it means to be Cuban American. He captured the moment a 6-year-old Cuban boy, Elián González, was forcibly taken from his Miami relatives to be reunited with his father in Cuba.

That iconic photo marked a new era in Cuban American life, one that has been in constant transition ever since.

In November 1999, González was rescued at sea by Donato Dalrymple, the man holding him in the photo. His mother, Elizabeth Brotons Rodríguez, had drowned while trying to transport the boy to Florida with her boyfriend. Authorities put González in the custody of Brotons Rodríguez’s extended family in Miami’s Little Havana neighborhood, but the boy’s father and the Cuban government protested. They wanted González returned to the island, something his Miami relatives and many in the Cuban exile community were vehemently against.

The US government ultimately sided with the father, Juan Miguel González, and in the early hours of April 22, 2000, Border Patrol agents stormed the Little Havana home where González was staying, banged down a bedroom door, and held Dalrymple at gunpoint as they tore the screaming child from his arms and whisked him away with a social worker. 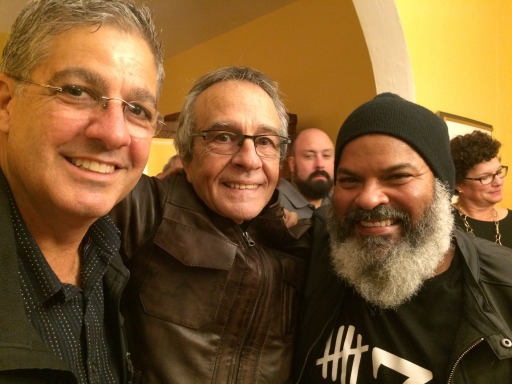 South Florida photographers Mike Stocker, Alan Díaz, center, and Ángel Valentín pose for a photo at Díaz's retirement party in December 2017 in Miami. Díaz, best known for taking the Pulitzer Prize-winning photograph of the international custody battle over the Cuban child Elián González, passed away on Tuesday, July 3, 2018, at the age of 71.

Three years later, I was in Miami learning the ropes of daily wire reporting as a temporary news writer at the AP bureau. I had recently studied in Cuba, so it was exciting to share the bureau with journalists like Díaz. He knew Miami, he knew Cubans of all types, and he knew how draining news coverage could be.

Miami’s rapid news cycle took some getting used to. One day in March of 2003, I was just wrapping up an eight-hour  shift in Miami, but news broke that sent me me four hours south to Key West. Nine Cubans had just landed a Cuban airliner full of passengers they’d hijacked in Havana. As I was driving, President George W. Bush announced the US invasion of Iraq. In the days that followed, I was tasked with seeking comment from the Spanish-speaking families of soldiers who were killed.

Díaz’s ability to create bureau camaraderie and inspiration helped keep me going. When the news was slower, he’d take his colleagues to Cuban coffee and lunches. I was fortunate enough to join, chowing on beans, rice and fried yucca as Díaz detailed how he got the prize-winning shot.

Díaz talked about how he spent days in front of the house in Little Havana and sometimes slept in his car and showered at the neighbors as the US government neared a decision on the child’s future. He talked about trying to win the trust of the family while still maintaining his objectivity.

It was 4 a.m. when a colleague gave him the signal that federal authorities were on their way to retrieve González. He quickly jumped from some bushes in the yard, ran through the front door and into the bedroom where Dalrymple and González were hiding in a closet. When authorities busted down the door, his camera was in position.

“There were dozens of world-known photojournalists in front of the house that morning. They were the cream of the crop, but only one photographer made that image,” says Angel Valentín who was covering the story alongside Díaz as a staff photographer for the Sun Sentinel. “It was one of the ultimate Miami images.”

Back then, Valentín says there were more journalists, making it easier for news outlets to send people to spend days on single stories or building rapport with sources. But not all journalists had Díaz’s sensitivity.

“He was part of that group, that inner circle,” Valentín remembers. Díaz was a New Yorker whose Cuban parents emigrated before the 1959 revolution. “Getting in that house, getting in that position was not just a photography skill, it was a people skill that Alan had.”

Díaz often often recounted the extraction of Elián González with adrenaline, but AP published a video online last winter for Díaz’s retirement that showed a different side. In it, his voice becomes somber as he recalls the scared little boy in the closet.

Painful, awkward, haunting as the photo was, it served as a symbol for a new era says Joe Garcia, who served as a US representative for Florida’s 26th District from 2013 to 2015. A few months after Díaz’s image made the front pages of national newspapers, Garcia was asked to serve as director of the Cuban American National Foundation. Founded in Miami in 1981, the organization had always maintained a hard-line foreign policy toward the Cuban government. But the tumultuous and unsuccessful fight to win custody of González left many Cuban Americans wanting change and Garcia was tasked with reforming the organization.

“It was the end of innocence for the Cuban American community,” says Garcia. “We were like the fair-haired darlings of the Cold War. We had special immigration status, nobody got deported, US law sort of favored us in every conflict when it came to Cuba. And this was a stark military-type action to enforce rule of law, which many of us saw as abusive. But from the American perspective, from the perspective of the rule of law, this is what the courts decided. A boy should be with his father.”

Related: Here's why US-Cuban relations are so important to all of us

The perspectives and politics of Florida’s Cuban Americans have never been the same. As a new generation with little to no first-hand memory of the Cold War came of age, the US began absorbing tens of thousands of new Cuban émigrés through the 1990s. President Barack Obama ended “wet foot, dry foot,” which once allowed all Cuban emigres into the US, even if they entered without authorization, to gain residency. By the time President Donald Trump announced his rollback of Obama-era policies that opened up Cuba-US relations last summer, there were as many Cuban Americans taking to the streets to protest his decision as there were those praising it.

In an age of so much logistical and political turmoil, at a time of so much incivility, Díaz’s death on Tuesday, July 3, serves as a reminder of the sacrifices and also the sensitivity it takes to cover the news well.