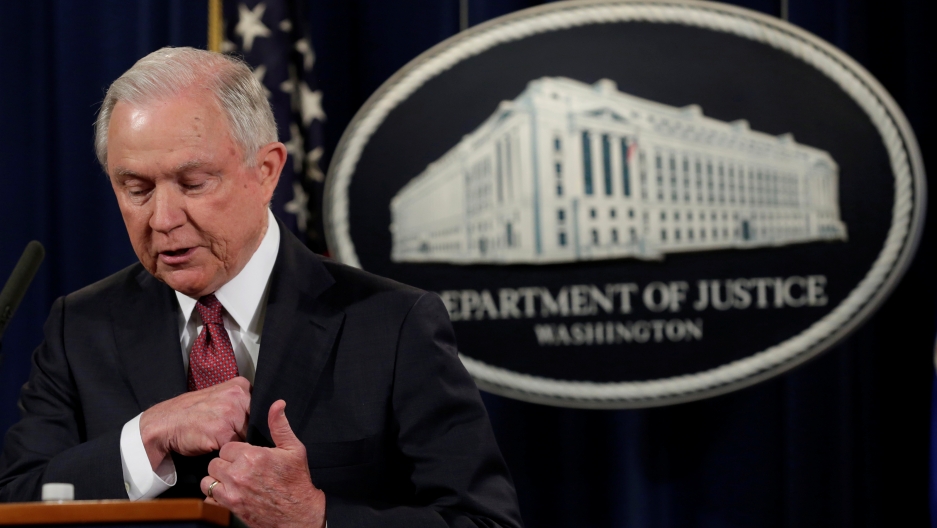 US Attorney General Jeff Sessions said at a news conference in September 2017 that the Trump administration is ending Deferred Action for Childhood Arrivals (DACA) because it was “unconstitutional exercise of authority by the Executive Branch.” A federal court found Tuesday, April 24, 2018 that the government needs to explain its rationale better or reinstate the program.

In 2012, the Barack Obama administration created the DACA program with a memo. Janet Napolitano, then-secretary of homeland security, directed the agency not to deport some of the undocumented immigrants who were brought to the US as children — and enrolled the in Deferred Action for Childhood Arrivals, instead.

Almost six years later, the Department of Homeland Security is facing legal challenges in its efforts to reverse the policy. But it’s not because Obama had some authority that President Donald Trump does not.

A federal court ruling issued on Tuesday found that the Trump administration did not give an adequate reason for ending DACA. It gave the government 90 days to explain itself before requiring DHS to begin accepting new DACA applicants once more.

Trump has been using his DACA policy as leverage to attempt to force Congress to consider immigration legislation. In September 2017, he announced that his administration will phase out the program.

Attorney General Jeff Sessions wrote in his directive to DHS to end the program that DACA was an “unconstitutional exercise of authority by the Executive Branch.” Trump said in a statement shortly after that he, too, thought DACA was created illegally.

“The Attorney General of the United States, the Attorneys General of many states, and virtually all other top legal experts have advised that the program is unlawful and unconstitutional and cannot be successfully defended in court,” Trump said.

Judge John D. Bates of Federal District Court for the District of Columbia wrote in yesterday’s decision that just saying the Obama-era program is illegal is not a good enough reason to end it. The government’s attempt to end DACA, he wrote, was “arbitrary and capricious because the Department failed adequately to explain its conclusion that the program was unlawful.”

Allison Brownell Tirres, an immigration law scholar and historian at DePaul University, explains it this way: “It is not at all clear that the original program was illegal. If this is the only basis on which the Trump administration decides to end a program, it is likely a violation of the Administrative Procedure Act since it is an unsound and potentially erroneous basis on which to make agency policy.”

The Administrative Procedure Act gives the judicial system the chance to oversee how government agencies run.

“Under the Administrative Procedure Act, an agency has to show that its actions and policies are not ‘arbitrary or capricious,’” Tirres says. “Courts also require agencies to show that they have considered the interests of any parties who may be relying on that program.”

DACA could affect more than a million people directly, and many more in their families, businesses and colleges where they contribute to their communities.

The Obama administration’s attempt to expand DACA to include some undocumented parents of US citizens was put on hold by a tie in the Supreme Court. The courts have not said that DACA or an expansion of DACA are unconstitutional programs.

Lily Axelrod, an immigration attorney in Memphis, Tennessee, says the Trump administration does not have to do much to satisfy the court, though.

“The Trump administration has a very, very low bar set for them. All they have to do is show that there are some rational connection between the decision that they made and the reason that they gave for it,” she says. “So if he had given some sort of reason that the program wasn't a good idea or the government's priorities had changed or he wanted to replace it with something else, he might very well be winning this lawsuit.”

If the government provides a rationale that the court accepts, it could be allowed to end the DACA program.

Earlier this year, federal courts in San Francisco and New York issued injunctions to keep parts of DACA in place. As a result, the government began accepting renewal requests in January, but not new applications. If the government does not provide a compelling reason for ending DACA, yesterday’s ruling could give more people a chance to enroll in the program, including those trying to clear up simple errors in their paperwork.

“I've encountered a number of people who had DACA applications sent back because they they made a mistake on the forms and then they didn't have a chance to send their application again before Trump ended the program,” Axelrod says.

Also: DACA recipients won’t go back into the shadows quietly

The number of people who could potentially join the program is limited by the requirements of DACA. Fewer than 700,000 people are currently enrolled and, according to estimates by the Migration Policy Institute, about 1.3 million people meet the criteria for applying. Applicants are required to have arrived in the US before age 16 and lived here since 2007, were under the age of 31 on June 15, 2012, and have no criminal records. It also has educational requirements, among other criteria. 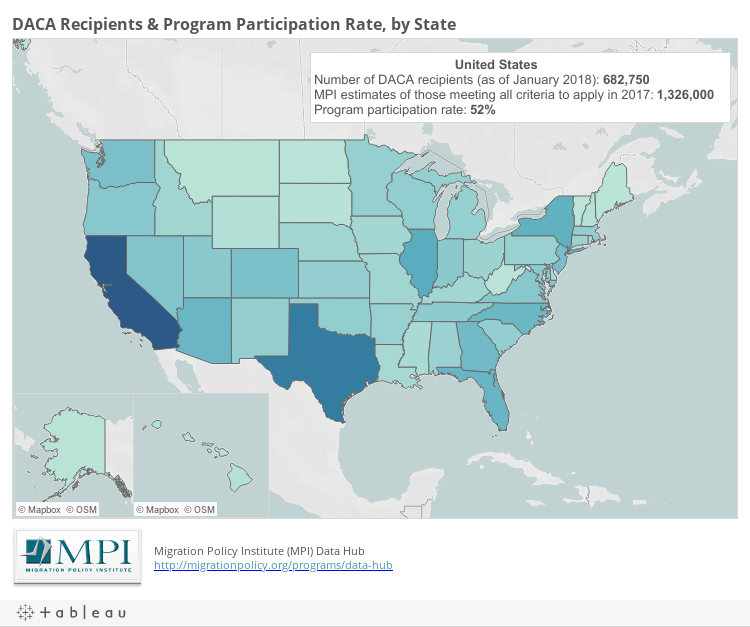