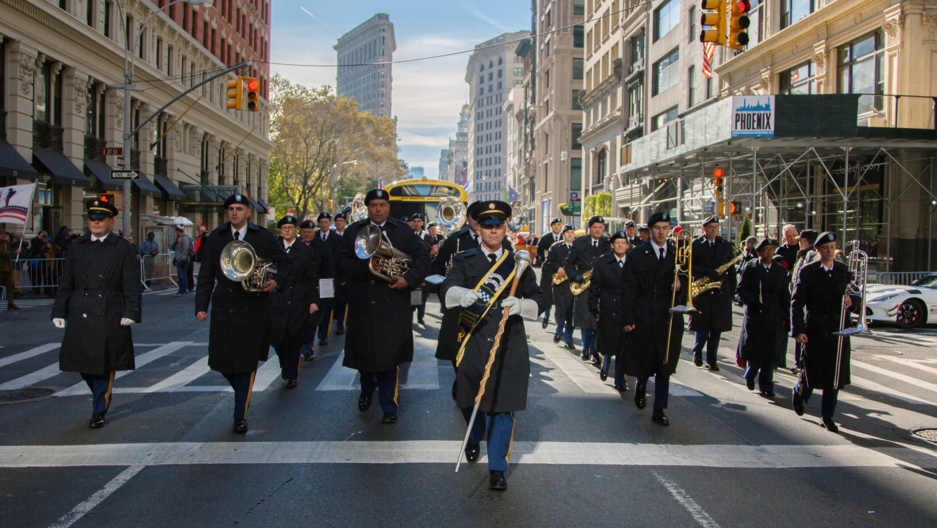 Five congressional candidates — including incumbent Sen. Dean Heller, R-Nev., and four US House challengers — say they will either return or donate to charity the contributions they received from a veterans-focused political action committee whose sister nonprofit is under investigation in New York and Virginia.

Reached by the Center for Public Integrity, the politicos said they plan to give away the $1,000 they each received from Put Vets First! Political Action Committee. Other House and Senate candidates were non-committal about the funds or did not return requests for comment.

Related: New York officials join the investigation into a veterans 'charity' that spends all that it raises on itself

Lindsey Davis Stover, one of several Democrats vying for her party’s nomination in Virginia’s 10th congressional district race against incumbent Republican Rep. Barbara Comstock, has given the $1,000 her campaign received from the Put Vets First! PAC to Tragedy Assistance Program for Survivors Inc., an Arlington, Virginia-based nonprofit that helps those who have lost a loved one in the military.

Michael Milisits, who is running for the Democratic nomination in Ohio’s 10th district race against Republican incumbent Rep. Michael Turner, said he gave the money he received from the Put Vets First! PAC to the Wounded Warrior Project — which has faced its own scrutiny — as soon as he read the Center for Public Integrity’s stories about the PAC’s background.

“This just goes to highlight how broken our campaign finance system is,” Milisits said in an email to the Center for Public Integrity. “This is precisely why we need to fight for the public financing of elections. These PACs are too easy to abuse.”

Vito Sagliano, a Navy veteran and Republican candidate running in an August primary against several others for Tennessee’s open 2nd congressional district seat, said he was upset when he read stories about how Put Vets First! PAC and its sister charities spend money raised for veterans.

“One of my biggest things that irks me is I always see people trying to use us as pawns, and I don’t like that,” Sagliano said.

Sagliano doesn’t plan to return the money to the Put Vets First! PAC because he says he’s already spent it — and because he believes Hampton would have pocketed it. Instead, Sagliano says he plans to give any money left over in his campaign committee coffers to a local veterans charity.

Ernie Martin, a Democrat who is running for Hawaii’s open first congressional district seat, said he is returning the money he received from the Put Vets First! PAC with a request that it be spent directly on veterans.

“It is our preference that the funds be redirected to services that may directly assist our veterans, which we believe is a better use of these funds,” Martin said.

A spokesperson for Democratic US Senate candidate Tamika Lyles in Florida said her office would wait until the attorneys general investigations into the PAC’s sister charity are resolved before deciding what to do with the money she received.

The campaign of Rep. Steve Knight, R-Calif., who also received $1,000 from the Put Vets First! PAC, did not directly address what, if anything, Knight planned to do with the money. Campaign spokesman Matt Rexroad said in an email: "The Knight campaign has made several contributions to veteran causes and Congressman Knight is devoted to improving the lives of veterans."

Neither Republican US Senate candidates Eric Brakey in Maine and Dominic Rapini in Connecticut, nor Democratic congressional candidate DuWayne Gregory in New York, responded to requests for comment.

The two veterans nonprofits and the related PAC all contract with telemarketing companies that keep 85 to 90 percent of the millions of dollars they collectively raise from donors across the country. Most of the rest goes to pay for overhead and salaries, including that of Hampton, the groups’ founder.

Hampton, who paid himself $110,000 from his PAC last year on top of what he made from his two veterans charities, did not respond to requests for comment. Hampton has previously denied wrongdoing.

From Jan. 1 to March 31, 88 percent of Put Vets First! PAC’s $729,600 in expenditures went to pay fundraising contractors, according to Federal Election Commission records.

The PAC gave $10,000 — an amount that represents 1.4 percent of its overall expenditures — to political campaigns and committees.

Most federal PACs spend a significant percentage of their money on direct contributions to candidates or to advocate for or against political candidates and parties.

Nonprofit watchdog Charity Navigator published a list Monday of organizations that have high marks for accountability and transparency — and those that don’t. Hampton’s Center for American Homeless Veterans landed on the list of nonprofits that Charity Navigator cautions donors to review carefully before making a donation.