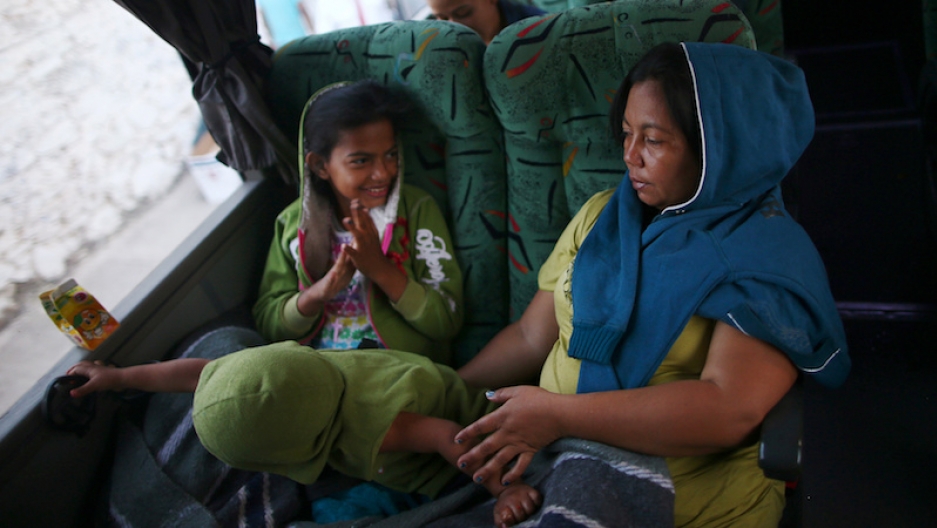 Central American migrants, moving in a caravan through Mexico, travel to Mazatlan as part of their new travel route, in Tlaquepaque, Jalisco state, Mexico April 19, 2018.

A group of 50 Central American migrants who set out from southern Mexico in late March have reached the US border, having endured the long journey despite threats by President Donald Trump to secure the border with National Guard personnel.

Since peaking at around 1,500 people, the so-called migrant "caravan" has dwindled under pressure from Trump and Mexican migration authorities, who vowed to separate those migrants with a right to stay in Mexico from those who did not.

Some of those migrants began arriving in the Mexican border city of Tijuana on Wednesday and have requested asylum in the United States.

"Since yesterday, some began to cross into the United States to turn themselves in from Tijuana and request asylum. We understand more of (the migrants) will do the same," said Jose Maria Garcia, director of Juventud 2000, an organization dedicated to assisting migrants.

He said more migrants, many of whom are stranded in Mexico's central states, are expected to arrive in the coming days.

"We will continue to receive them and it will be up to them if they stay in the country or leave," Garcia said.

Honduras, El Salvador and Guatemala are among the most violent and impoverished countries in the Americas, prompting many people to leave in search of a better life.

Every year, thousands of migrants — especially Central Americans — venture to cross Mexico and reach the United States, often risking their lives along the way.