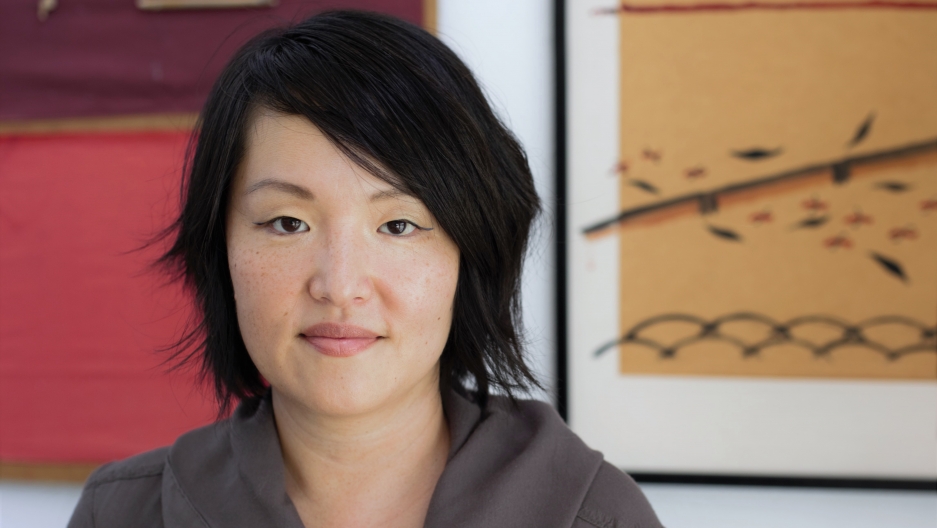 Nancy Wang Yuen is the chair of the department of sociology at Biola University, where she’s an associate professor. She’s also the author of "Reel Inequality: Hollywood Actors and Racism." It’s the first book to examine the barriers African American, Asian American and Latina and Latino actors face in Hollywood and how they creatively challenge stereotypes.

She found, through her research, that actors of color continue to experience the same struggles in the industry even after they become famous. She says their struggles are “an indication of how systemic racism is in terms of limiting the careers and also unifying the experiences of all actors of color in Hollywood.”

Yuen spoke with Christabel Nsiah-Buadi about how she became interested in research on diversity in Hollywood.

Christabel Nsiah-Buadi: What drew you to the area of looking at diversity in Hollywood?

I was socialized into a brand new, multicultural country where I was a minority.

I was a latchkey kid, as my parents worked, so I watched an obscene amount of television, ranging from things like “I Love Lucy” to “Gilligan's Island” to “GLOW - Gorgeous Ladies of Wresting,” and WWE, but never did I actually see a single person that looked like me. I think on “M*A*S*H” I would occasionally see some background Asian person.

All I knew was my own experience. And yet, none of that was ever reflected on television. That changed when “The Joy Luck Club” came out. That was [when I was] in high school. It was probably the first [time] I ever saw my specific experience as an Asian American represented on screen.

Can you recall what you were actually feeling in the moment you were moved by The Joy Luck Club?

What are we, as a general society – and the media specifically — missing in terms of that conversation about race and inclusivity and justice?

I think the injustice is that there are industry-wide stereotypes about the marketability of people of color. They believe that only people of color want to see people of color, and they're skeptical of certain groups. I think for Asian American and Latinx actors, there's this idea that there's a conflation of the foreign market and the domestic market.

[There’s also an assumption that] there's not enough Asian Americans to justify casting Asian Americans in storylines, and I think that that's very, very unfortunate. I think they based it on [the performance of] “All-American Girl.”

They didn't really give that show a chance. They took it off the air before the first season was done, and it took 20 years for them to take another chance on network television to see another Asian American family. That's "Fresh Off the Boat.”

Do you think people are beginning to understand some of the issues that you have raised since your book came out in 2016?

People think that it's only isolated events or isolated years. They're not understanding that solutions have to be much more on a grand scale. Ed Skrein [who is white and British] gave up a role where he as a Japanese character in order for justice to prevail. The role then went to Daniel Dae Kim, who — along with Grace Park — did this incredibly courageous and stereotype-busting thing by being willing to step down from a lucrative show [“Hawaii Five-0”], because they were not offered the same money as their white co-stars.

I thought that was probably the biggest civil rights act on behalf of Asian American actors. It was a risk because they could be blacklisted. But the fact is that Daniel Dae Kim gets cast in that role Ed Skrein stepped down from.

But I was asked by a journalist, "Oh, now, are things getting better for Asian American actors?" But, that's the spin. [Wider society wants] the singular positive event to then reflect on future patterns. And unfortunately, it doesn't work like that because the pattern is actually whitewashing.

If you had your own media platform and money wasn't an issue, what would the topics or the content be?

[I'd really like to see] ... a narrative film that really brings people's empathy to the black victims, the unarmed victims of police brutality in a way that both highlights that experience in a way that allows people to develop empathy, but also gets at part of the systemic problem of it.

I’d like to see something about Asian Americans that doesn't necessarily have to do with Chinatown or exotica Chinese or Asian immigrant experience. I want it to be a second-, third-, fourth-generation Japanese American story. Or descendants of the railroad workers, but they're trying to live their lives. They don't speak the language [of their ancestors] any more because the reality is, by third generation, most Asian Americans lose their mother tongue. But then they're struggling with the stereotypes.

Then, a show about privilege and race relations. I want to see diverse groups coming together in a multicultural city, dealing with everyday micro-aggressions, and trying to understand one another in comedic and dramatic ways.

A coming-of-age [show] of a white person going from thinking that they're just fine, that meritocracy [works]. They've just worked hard for everything they got. Why do these people complain? Why are they victims? Seeing them come from that point to a point of true allyship.

This is the final interview in our series, "The Media Disruptors." See all of the previous interviews:

Christabel Nsiah-Buadi is the creator and editor of “The Media Disruptors” and a public media producer. She also writes about the media, culture and politics. You can follow her on Twitter: @msama.