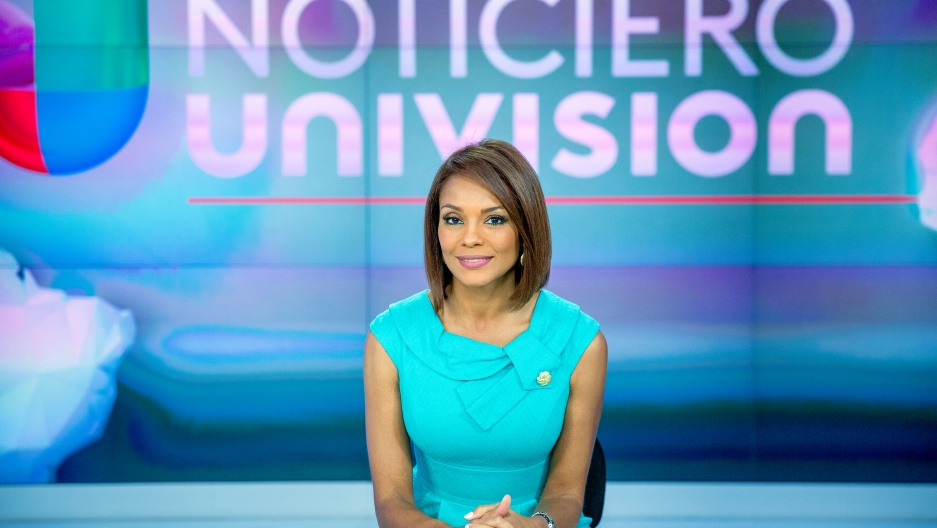 According to Univision, she is the first Afro-Latina to anchor a national newscast in the United States. If her name or face seems familiar to you, it may be because she made headlines in the summer of 2017 when she interviewed Chris Barker, a member of the Loyal White Knights — a branch of the Ku Klux Klan.

Barker didn’t hide his dislike of her, and even went as far to call her a "n*****" during the interview.

Much has been said about you being the first Afro-Latina to anchor an evening news program for a major broadcast news network. What inspired you to become a journalist in the first place?

Ilia Calderón: I grew up in Colombia, with a conflict that lasted more than four decades. I was able to see that we were surrounded by many cases of corruption and social problems.

I think that journalism is a way to shine a light on those challenges, of showing the world the reality of each country, denouncing wrongdoing and helping citizens be informed so that they can make good life decisions. Journalism is calling to serve the public through news and information.

Did you get to see your experience reflected in the media when you were growing up?

I did not really see my experience reflected in the media while growing up — that is why I think diversity is so important in a newsroom, because it helps understand, reflect and better inform all audiences.

Discussions about cultural, class and racial diversity in English-language media in the US tends to center around who is being cast and, lately, what kinds of stories are being told. What strides are being made to promote more accurate representations of people of color in Spanish-language media?

We have probably the most diverse newsroom in the world at Univision. I have colleagues from the US, each country in Latin America and even Australia. That diversity enriches our stories and reporting.

You made news when you interviewed KKK leader Chris Barker, and stood firm during what must have been a difficult interview. Why did you decide you wanted to interview someone who wouldn’t see your humanity?

I don’t think my skin color, my race or my origins define the type of work that I do as a journalist. Racism is a topic that affects all minorities.

I was sitting there as a journalist not as an individual. My mission was a documentary, to inform our audience about the way the KKK thinks, and about what is really inside their organization.

How did you feel after doing that interview and did you have to take time off after, or go for a massage, or did you just move on?

Sometimes our assignments as journalist have an implicit risk, but they are stories you cannot tell behind a desk. As I mentioned before, I was sitting there in front of a KKK leader as a journalist knowing I was representing everything he hates, but I was simply doing my job. It was definitely an intense experience, but most importantly a good opportunity to expose and try to have a better understanding of hate.

What kinds of programming would you like to see?

Check back here over the next few weeks to read other interviews in our series, "The Media Disruptors," with:

Christabel Nsiah-Buadi is the creator and editor of “The Media Disruptors” and a public media producer. She also writes about the media, culture and politics. You can follow her on Twitter: @msama