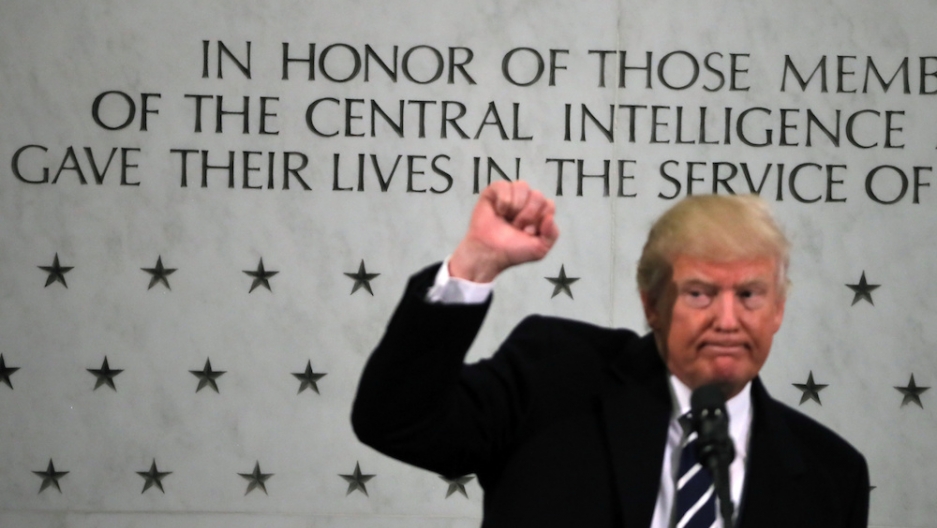 Related: 'It's like starting over': What Pompeo means for diplomacy

But opposition quickly emerged: Haspel has a murky history with torture programs — after 9/11, Haspel oversaw a secret prison in Thailand that was responsible for subjecting prisoners to violent interrogation techniques, including waterboarding.

It didn't take long for officials against the nomination, including Sen. John McCain, to speak out.

“The torture of detainees in US custody during the last decade was one of the darkest chapters in American history,” McCain said in a statement Tuesday. “Ms. Haspel needs to explain the nature and extent of her involvement in the CIA’s interrogation program during the confirmation process.”

The torture of detainees in U.S. custody during the last decade was one of the darkest chapters in American history. The Senate must do its job in scrutinizing the record & involvement of Gina Haspel in this disgraceful program. https://t.co/p2eZfMDF5N

John Radsan was the CIA’s assistant general counsel from 2002 to 2004 — the same years Haspel was apparently running the CIA “black site” in Thailand, where terror suspects were brought and held, and sometimes tortured under interrogation.

Related: So, what does Pompeo have that Tillerson doesn't?

Radsan says the public record shows Haspel ran one of these secret sites and supervised at least two of these “harsh” interrogations. Haspel also apparently had a role in the decision to destroy video evidence of these interrogations in 2005.

The man who was water-boarded 83 times was Abu Zubaydah, who remains in detention at Guantanamo Bay. He was blinded in one eye as a result of the CIA’s violent “interrogations," which involved physical assaults besides waterboarding, including slamming his head into a wall.

But Radsan adds that those sessions were deemed legal by White House lawyers at the time, though that judgment was condemned by a wide array of critics. “This was not something that Gina Haspel was doing on her own,” says Radsan. “This was not some rogue operation.”

Congress has since placed waterboarding on a list of techinques that may not be used by the CIA or its contractors. And Radsan is for more troubled by Haspel’s alleged role in the destruction of video evidence of the interrogations in 2005.

“Of all the things that have been mentioned about her nomination, that's probably the most troubling to me,” he says. “I'm not saying that this necessarily disqualifies her. But it's something that goes counter to the chain of command and perhaps the rule of law.”

“Haspel has not been reprimanded since then,” he says. “But I think this decision — and maybe she is going to say that she was following orders on that — seems to go counter to the kind of checks that we have in the CIA."

Greg Miller, a national security correspondent for the Washington Post, says Haspel faces both strong support and opposition. On one hand, she has a very high level of support within the CIA, and even among some Democrats in Congress because she would be the first career CIA director in a long time.

On the other hand, Haspel’s close link with the use of torture of detainees, Miller says, will make for tough questioning at her Senate confirmation hearing.

Still, Miller says, Haspel is unlikely to get enough opposition among Senate Republicans to have her confirmation blocked. Even Senator Dianne Feinstein of California, a Democrat who led the Senate Intelligence Committee’s investigation into the CIA interrogation program, suggested that she is willing to consider Haspel’s nomination.

"There have been other names that have been floated to be potential CIA directors in the Trump Administration, who are really hard-line, right-wing sort of political types, including Senator Tom Cotton," Miller says. "And so I think even many Democrats on the Hill would rather see a career person like Gina Haspel in that CIA job than somebody like Tom Cotton.”

To hear the full interviews with both Greg Miller and John Radsan, listen above.