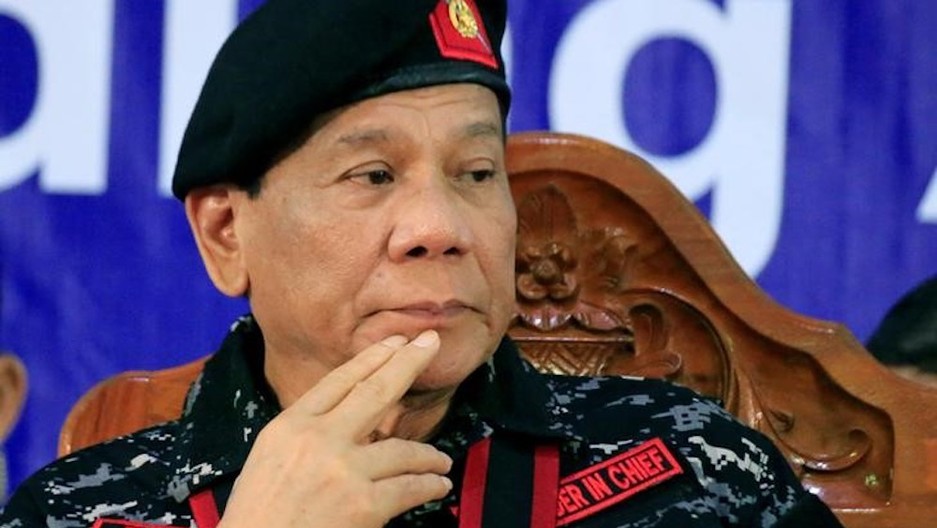 Philippines President Rodrigo Duterte is not an autocrat and is taking seriously a report by the US intelligence community that names the firebrand leader among the threats to democracy in Southeast Asia, his spokesman said on Wednesday.

The report, produced by the Office of the Director of National Intelligence, places Duterte alongside Cambodia's Hun Sen, the Rohingya crisis and Thailand's military-backed constitution as impediments to democracy.

"We view this declaration from no less than the intelligence department of the United States with some concern," presidential spokesman Harry Roque told DZMM radio.

Democracy and human rights in many Southeast Asian nations will remain fragile in 2018 because of autocratic tendencies, rampant corruption and cronyism, the US intelligence community said in its Worldwide Threat Assessment report of Feb. 13.

"Duterte has suggested he could suspend the constitution, declare a 'revolutionary government,' and impose nationwide martial law," it said.

"For one, President Rodrigo Roa Duterte is no autocrat or has autocratic tendencies. He adheres to the rule of law and remains loyal to the constitution," Roque said in a statement.

There is no revolutionary government or nationwide martial law, which US intelligence officials say Duterte might impose, he added.

Duterte has publicly made such threats on several occasions, however. Philippine lawmakers in December approved a year-long extension of martial rule in the volatile southern region of Mindanao to suppress threats such as communist insurgents and Islamist militants.

This is not the first time the United States has shown concern about Duterte, who is notorious for his defiance of international pressure. Duterte was infuriated by expressions of concern by former President Barack Obama's administration about drug-war killings in the Philippines.

Obama's successor, Donald Trump, praised Duterte for doing an "unbelievable job on the drug problem," but refrained from expressing concern about the crackdown during a visit to the Philippine capital last November.

More than 4,000 people have been killed in what police call legitimate operations against suspected drug dealers and users in Duterte's signature war on drugs since July 2016. Rights groups accused police of summary executions, which authorities deny. International Criminal Court prosecutors have opened a preliminary examination into Duterte's anti-drugs campaign.