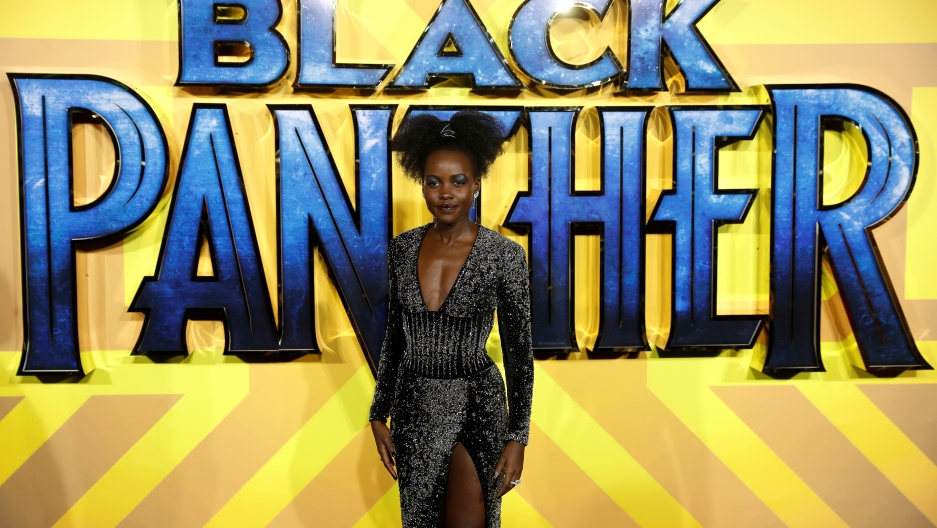 The new Marvel superhero movie "Black Panther" premiered in Kisumu, Kenya, Tuesday night. Kisumu is the hometown of actress Lupita Nyong’o, one of the film’s stars.

Tamerra Griffin, a Buzzfeed reporter based in Nairobi, was at the event and wrote about it.

Y'ALL I went to the red carpet premiere of #BlackPanther in @Lupita_Nyongo's hometown of Kisumu (!!!!!). Here's how it went down https://t.co/BhbQpv0H2z

Hosting the event was a special opportunity for Kisumu, whose county governor is a fan of the performing arts — and also happens to be Nyong’o’s dad.

It was an opportunity for the city to repair its reputation after it became the site of violent protests over disputed elections last year.

Related: What it's like to be an undocumented Hollywood star

The celebration of "Black Panther," Tamerra said, “challenges people to confront their own biases and their own one-dimensional perceptions of what Africa is, and who black people are and what they’re capable of."

To the great disappointment of many at the event, Lupita Nyong’o herself was not present. But Tamerra said some referenced a line in her speech at the 2014 Oscars, where she was awarded Best Supporting Actress for her role in "12 Years a Slave." The line was, “No matter where you’re from, your dreams are valid.”

To hear more about the "Black Panther" premiere, listen above.