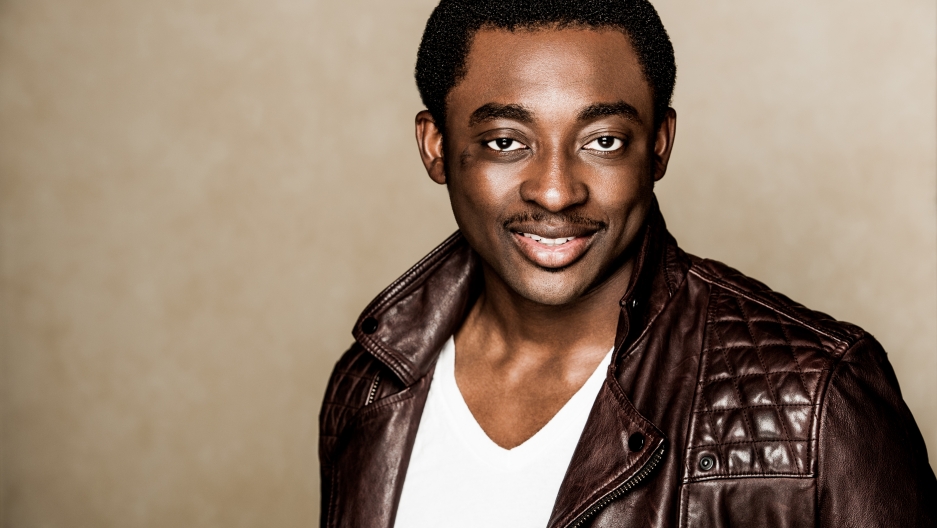 Marvel’s forthcoming "Black Panther" movie is about the king of a technologically advanced African society — a society that hides itself from the world, pretending to be agrarian and powerless. Bambadjan Bamba was also hiding — until now.

“There’s definitely a relief,” says Bamba, who plays a military leader in "Black Panther." “Like, OK, I just let the whole world in about who I am. So there’s really nothing to hide.”

This week, Bamba came out as an undocumented immigrant in response to the growing uncertainty surrounding the future of people protected by the Deferred Action for Childhood Arrivals program, known as DACA. Last month, President Donald Trump said DACA would expire unless Congress acted within six months. Bamba is among roughly 800,000 people protected under the program.

“I’ve been given this platform in part because of DACA,” Bamba says. “I kind of feel like a fraud if people who have so much less than me are coming out to fight and I’m just sitting in a corner. I just can’t sit back and watch the news and sit and pray. I have to fight.”

Bamba was born in Ivory Coast, and has sweet memories of growing up with his cousins and a beloved grandmother. His uncle was a finance minister with a big house. Bamba remembers gathering with his extended family and enjoying his uncle’s horses and pools.

But as the country descended into civil war, Bamba’s father moved his wife and son to the Bronx. The process of applying for asylum in the US was long and stressful.

“I remember them fighting sometimes because my mom was letting the fear override — there was just a lot of fear,” Bamba says.

His parents didn’t tell Bamba their asylum application was rejected until he was applying for college. Bamba eventually qualified for DACA, and when he started rising as an actor in Hollywood, he had to explain his status again and again to movie directors and studios.

Join: We're talking about Bamba and others who come out as undocumented in the Global Nation Exchange on Facebook.

“I get offers to shoot movies in France and I can’t really go,” Bamba says. “Sometimes I’m like, ‘Well, maybe if I audition and I’m good enough, the studio will fight for me to be able to travel and come back.’ But it’s an uphill battle.”

The fear permeated his life. He never spoke publicly about being undocumented.

“No one really talks about your status — especially when you’re black and an immigrant,” he says.

But now Bamba has a daughter who’s nearly a year old, and he thinks about his responsibility to her and the possibility of being separated from her. And there’s "Black Panther" — a film that, just from the trailer, obviously sends strong messages of black pride.

“Being on set — it just was amazing. You look around and everyone’s black,” Bamba says. “You look at this kind of movie and what it represents right now for Africa, for Africans. It’s just amazing to just be a part of that movie.”

He’s hoping the movie will help draw attention to his message. Bamba is asking people to sign a petition to let Hollywood know it should take a more prominent role in advocating for undocumented immigrants. This, Bamba says, is no time to hide.