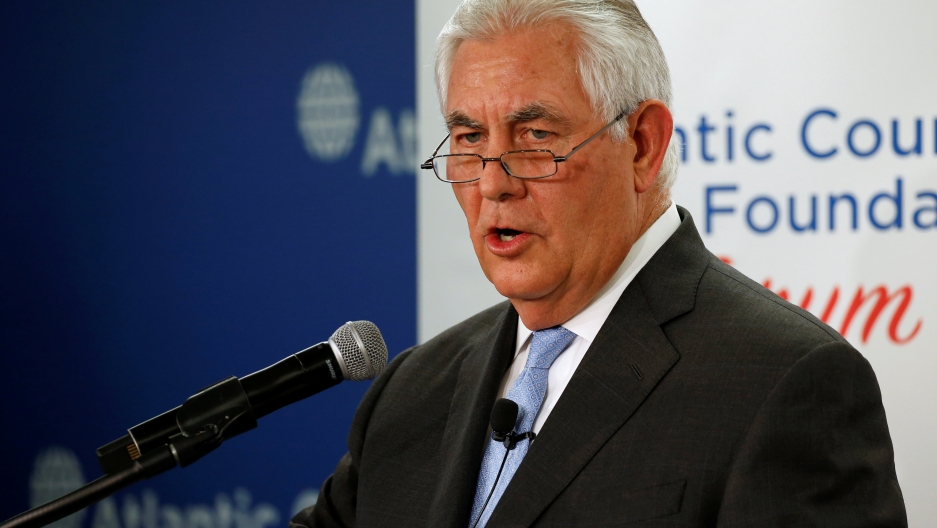 US Secretary of State Rex Tillerson delivers remarks on the US-Korea relationship during a forum at the Atlantic Council in Washington, Dec. 12, 2017.

No negotiations can be held with North Korea until it improves its behavior, a White House official said on Wednesday, raising questions about US Secretary of State Rex Tillerson's offer to begin talks with Pyongyang anytime and without pre-conditions.

Tillerson said on Tuesday the United States was “ready to talk anytime North Korea would like to talk," backing away from a key US demand that Pyongyang must first accept that any negotiations would have to be about giving up its nuclear arsenal.

The White House has declined to say whether President Donald Trump, who has taken a tougher rhetorical line with North Korea than his chief diplomat, gave approval for the diplomatic overture.

A day after Tillerson's appearance before Washington's Atlantic Council think tank, the White House official, who declined to be named, laid out a different formula for any engagement with North Korea.

"The administration is united in insisting that any negotiations with North Korea must wait until the regime fundamentally improves its behavior," the official said. "As the secretary of state himself has said, this must include, but is not limited to, no further nuclear or missile tests."

In his speech, however, Tillerson did not explicitly set a testing freeze as a requirement before talks can begin. He said it would be “tough to talk” if Pyongyang decided to test another device in the middle of discussions and that “a period of quiet” would be needed for productive discussions.

North Korea has made clear it has little interest in negotiations with the United States until it has developed the ability to hit the US mainland with a nuclear-tipped missile, something most experts say it has still not proved.