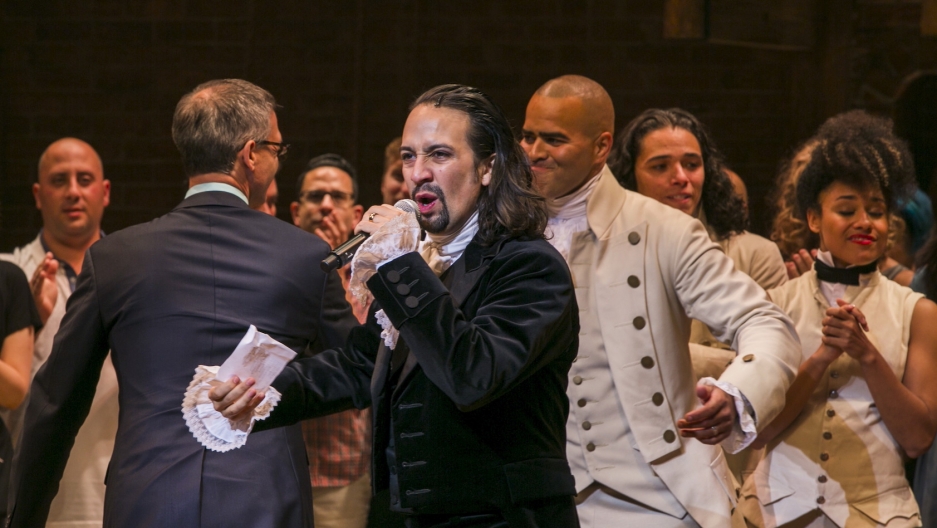 Lin-Manuel Miranda in "Hamilton" on opening night on Broadway in New York, Aug. 6, 2015.

"Hamilton" creator Lin-Manuel Miranda announced Wednesday that he will bring the smash hit musical to Puerto Rico in 2019 as he rallies behind the hurricane-hit island's reconstruction.

Since its premiere in August 2015, the modern retelling of US founding father Alexander Hamilton's story has been one of Broadway's biggest hits in years with tickets still fetching at least $400 each.

Miranda, a New Yorker of Puerto Rican heritage, wrote "Hamilton" and starred in the title role until July 2016.

But he said he would return to take the role for the three-month run in January 2019 at the Teatro UPR in San Juan.

"I have a year and a bit to remember the words," Miranda wrote on Twitter before posting six emojis of the Puerto Rican flag.

Miranda announced his return at a news conference at the Teatro UPR, which was damaged when Hurricane Maria slammed into the island in September and will undergo repairs before the presentation of "Hamilton."

Related: We asked Puerto Ricans about their future plans. Many want to stay and rebuild.

Miranda promised at the news conference that a large number of tickets to "Hamilton" will be distributed by lottery for $10 each.

More than a month after Hurricane Maria, most of the island remains without electricity with many residents still unable to return home.

Miranda has long advocated for the island — and been an outspoken critic of the response of President Donald Trump, who has criticized Puerto Rican officials.

This is both a moment and a movement https://t.co/DxnxrisnwD

Miranda in October wrote and arranged a song to raise money for relief efforts led by the Hispanic Federation non-governmental group.