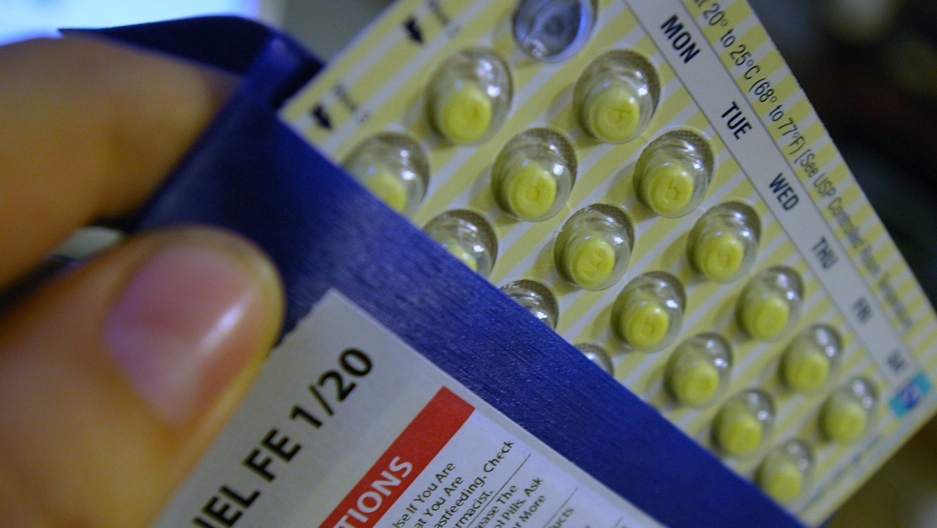 The message, which translated from French means “family planning is the key to your family's prosperity,” was printed in blue, block letters on the wall of a small reproductive health clinic in Lubumbashi, a city in the southeastern strip of the Democratic Republic of Congo. Empty boxes of birth control pills were piled nearby in a corner.

The last of the day’s patients, two women seemingly barely in their 20s, waited in a dimly lit room inside the cinder block building that serves the needs of Lubumbashi’s poorest.

Jeannine Assani, regional coordinator for ABEF (or Association pour le Bien-Etre Familial/Naissances Désirables), the Congolese reproductive health organization that runs things at this clinic, was concerned about her organization’s ability to continue its work providing free contraception, gynecological exams and family planning education because its funding has been reduced as a result of the Trump administration’s reinstatement of the Mexico City Policy, known as the "global gag rule."

“Now, we can’t even really supply condoms,” Assani said as we toured the clinic. “Women will come here, but often we have to refer them to the main hospital where they have to pay.”

The global gag rule, which every Republican administration since Ronald Reagan has enacted, bans international organizations that receive US aid from providing abortions or suggesting abortions as an option to pregnant women. ABEF doesn’t provide abortions — the procedure is illegal in the DRC — but larger organizations that do, primarily the International Planned Parenthood Federation, bankroll a good portion of ABEF’s budget. 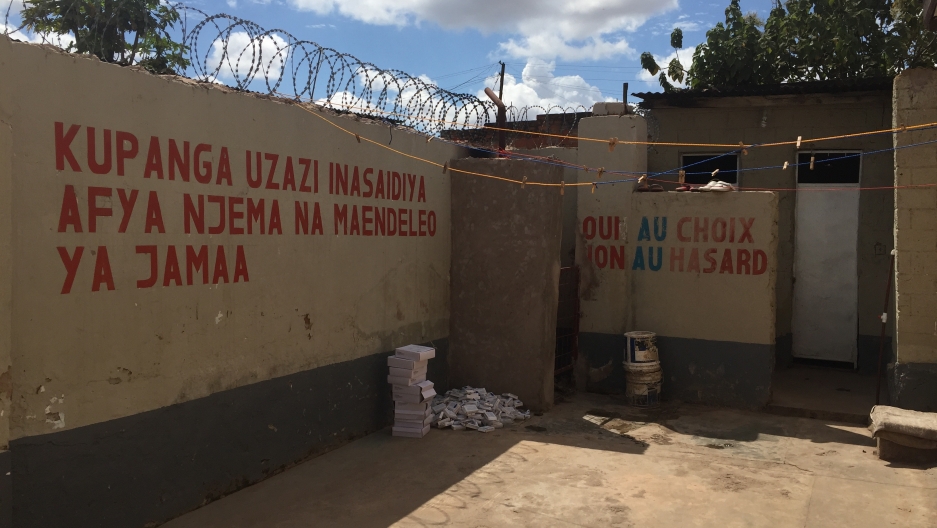 Swahili and French messages on the outer walls of the ABEF clinic in Lubumbashi encourage women to use family planning methods.

IPPF does provide and support abortions when they are legal in a country and has refused to stop doing so in the face of the global gag rule. It expects that its losses from the Trump administration policy will reach around $100 million.

Additionally, ABEF expects to lose money because the Trump administration has stopped funding another of its important funders, UNFPA, the wing of the United Nations that supports women’s health. The US has been spending about $70 million annually on UNFPA. The Trump administration pulled that money because it alleged UNFPA engaged in coercive abortions and involuntary sterilization, though that has never been proven. Since 1973, US foreign assistance has been barred from going toward abortions, and so GGR and cutting support to UNFPA adds another layer of restriction to exactly how US aid money can be used.

ABEF is set to lose about 70 percent of its budget, according to Jean-Claude Mulunda, program coordinator for ABEF.

“We’re looking to left and right to try to find any kind of funding that can continue our programs. At the very least, we want to maintain the services we offer in the clinic for family planning, helping victims of sexual violence and for post-abortion care,” Mulunda continued. “But what we’re facing is that women who started a family planning program with us will not be able to continue, and also for young girls who come to us for cases of sexual violence, they will not be able to come anymore.”

ABEF provides free, post-abortion care for women who try to induce miscarriages at home or use untrained midwives to terminate pregnancies. While abortion is outlawed in the DRC, they still happen regularly and in dangerous conditions. Often women require urgent medical attention afterward. Middle Africa, which the DRC is a part of, has among the highest rates of unsafe abortions in the world, according to the World Health Organization, so services like what ABEF and similar organizations provide save women’s lives.

The challenges that ABEF faces will be felt by other organizations across the world, according to Seema Jalan, executive director of the Universal Access Project, a project of the United Nations Foundation that promotes family planning and reproductive care.

“We were really heading in the right direction. Huge strides had been made, like women's access to contraception. The global gag rule and defunding UNFPA is stopping all of that momentum and progress,” Jalan said. “The impact will be profound, and this is about girls and women who have no other options, who need subsidized or free health care.”

A 2011 Stanford University study discovered that once GGR was reinstated in the early days of the George W. Bush administration, abortion rates more than doubled in sub-Saharan Africa, especially where cuts were felt the most.

If that trend repeats itself, then the number of abortions will be set to rise even more sharply. The global gag rule has been expanded under the Trump administration to affect not just US aid for family planning, which is around $600 million, but recipients of all US-funded global health assistance (including for things like Zika and HIV/AIDS) must abide by GGR’s rules, which affects 15 times more funding.

“The Trump-Pence version of the global gag rule is GGR on steroids in that it impacts way more funding than prior iterations,” Jalan explained.

Back at ABEF’s modest office in Lubumbashi, Assani felt that GGR must be “one big misunderstanding.”

“The best way to fix the problem of unsafe abortions, because the law prohibiting abortions isn’t working, is to provide birth control and family planning measures,” she said.

The dysfunctional Congolese government is not in a place to fill in the gaps left by a less-funded ABEF. That being the case, Assani sees the name of the Trump administration’s rollout of GGR, Protecting Life in Global Health Assistance, to be a misnomer, because, in her country, this American policy will be doing the exact opposite.