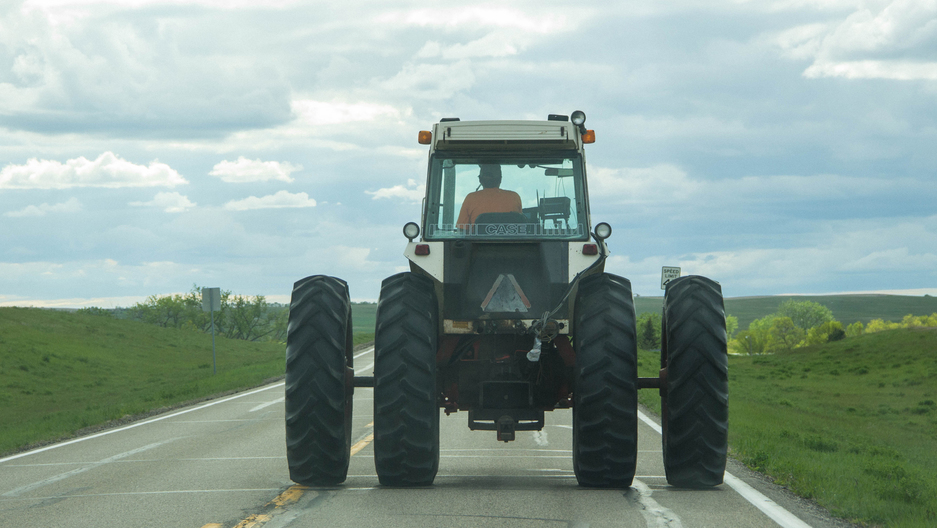 North Dakota leads the nation in the production of several crops including barley, canola, spring wheat and honey. A low-population state, farmers there rely heavily on exports.

It's hard to imagine that anyone hasn't heard President Donald Trump talk about how America is losing badly at trade. And, it’s true that the US is a net importer of goods: We buy more than we sell. But not all states are “losing” when it comes to trade balances.

Take North Dakota — the state exports twice as much as it imports. Its biggest exports are crude oil and agricultural commodities. North Dakota leads the nation in the production of crops like barley, canola, spring wheat and honey.

North Dakota is a pretty big place, but with just 750,000 people, it's one of the least populous states in the country. So, farmers send a lot of their harvest overseas, and elected officials know full well: Exports are the state’s lifeblood.

So — is Republican Sen. John Hoeven, also a former governor of North Dakota, worried that his constituents could be hurt by amending trade deals or imposing tariffs? You bet he is.

“It’s something I’m always concerned about,” Hoeven said. “The United States, we’re huge [agriculture] producers, and we need the world market. And ag is one area where the United States has a positive balance of trade.”

President Trump talks a lot about renegotiating or walking away from NAFTA, the trade agreement between the US, Canada and Mexico that’s been in effect since 1994. Hoeven said the administration needs to be very careful there but has faith in the commerce and agriculture secretaries in Washington to protect American agricultural interests.

Hoeven said he thinks the president has backed off his tough talk about leaving NAFTA. “I don’t think that’s going to happen; I think that may be part of his negotiating approach, if you will,” Hoeven said.

Related: The 'Wild West on steroids' cools off

Still, not everyone is feeling quite so relaxed.

“I would say there’s a lot of anxiety right now,” said Jeff Missling, CEO of the North Dakota Farm Bureau.

“Agriculture is the bright shining star when it comes to trade; we’ve developed those relationships over the years,” Missling said. “We have benefited tremendously from the NAFTA agreement; our producers export a ton of goods to both Canada and Mexico. So, anytime you mess with a multilateral agreement like that — and it took so much work to get to that point — any trade agreement, I think anybody would tell you, takes years to develop those relationships and get things on paper. So, yeah, we’re nervous. And absolutely, have every right to be.”

They may have a right to be nervous, but remember, North Dakotans helped put President Trump in office (and ripping up NAFTA was one of the central pillars of his campaign). North Dakota is Trump country. Big time. Trump more than doubled Hillary Clinton’s vote total in the state.

One Trump supporter, Lucas Lang, works on a family farm in Sterling, an unincorporated community near the center of the state. 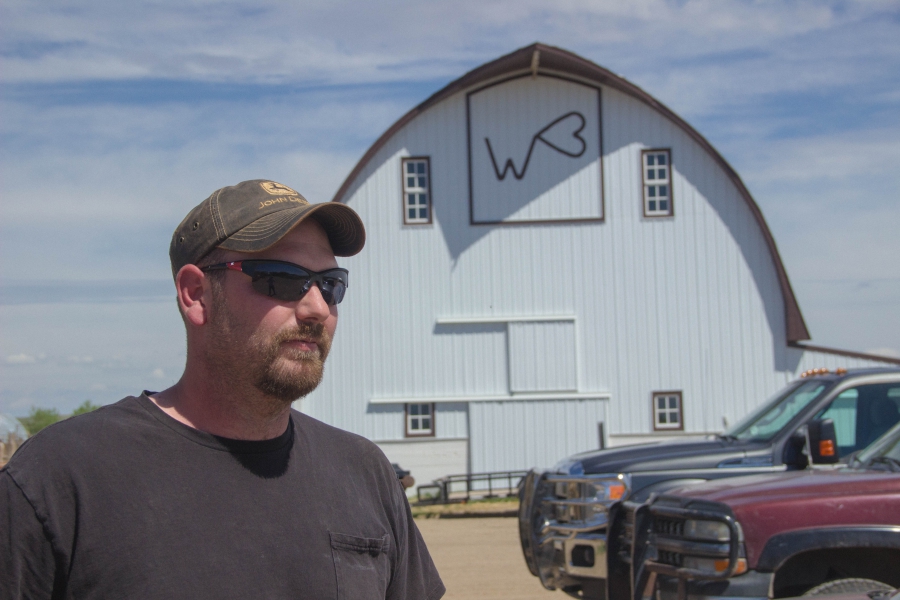 Lucas Lang works on a family farm with his parents and three brothers. The family raises cattle and grows corn, barley and flax.

Despite the drama surrounding Trump, Lang really likes the president, how he comes right out and says what he thinks. “With him, there’s always that little bit of unknown that will get the point across, that will appeal to those of us in the Midwest that aren’t the quote, unquote ‘elites’ on the coasts.”

And Lang said he likes the president’s promises to rewrite the rules of trade to help people in this part of the country.

But would he be willing to decrease his exports to make that happen?

“Ummm, yeah, yeah,” Lang said cautiously. “It’s a very complex approach with a lot of moving pieces. We’d have to get our economy moving, we’d have to cut regulations, get our manufacturers hiring good American labor, just kind of take care of our citizens first.”

Frayne Olson, an agricultural economist at North Dakota State University, has been letting farmers know this: “I’m spending more time talking about trade, and really, what does this mean for them as farmers and their bottom line,” he said.

Related: The underfunded govt program that got drill bits from rural North Dakota to Zimbabwe

Olson talks about the Trans-Pacific Partnership, or TPP. That was President Barack Obama’s signature trade agreement that would have covered 12 Asia-Pacific nations and 40 percent of the world’s economy. President Trump ripped it up hours into his presidency. Hillary Clinton claimed she would have killed it, too, by the way.

Olson said the TPP would’ve been a big deal for North Dakota’s farmers, standardizing the rules of trade. “It’s not that we aren’t already selling product into those regions; it’s just when you sell into country A versus country B, they’re going to have different rules, and so it’s keeping track of all of this.”

The 11 other nations in the TPP are now moving forward without the US. And that could hurt North Dakota’s farmers. For example, wheat growers just to the north in Canada could soon have a leg up selling into Japan.

Trade is extremely complex, and it gets to be very political and very emotional, very quickly. Ultimately, trade benefits people, across borders, but there are winners and losers with trade agreements. And those who are winning from global trade hope that President Trump doesn’t throw out the good, to try to improve the bad.