Oil wells dot the rural, agricultural landscape surrounding Williston, North Dakota. The Bakken formation has become one of the largest sources of new oil production in the US.

The small town of Williston, North Dakota, became an international destination a few years back — people came streaming in from across the globe to cash in on the area’s oil boom. Improvements in hydraulic fracturing, or fracking, turned the small, conservative, rural outpost into one of the nation’s fastest growing economies.

After landing at the tiny Williston airport, many new arrivals made their way next door to Lonnie’s Roadhouse Café.

“You know, they’ll come right out of the airport and not know anywhere in town, not know where they’re staying. This is the first place they come for breakfast or lunch,” says Pixie Bowles, a waitress at Lonnie’s.

“We have a lot of people from Africa that come in. That surprised me,” says Bowles. “We have a lot of Russians, Ukrainians. Really whenever anyone gets their work visas, we’ve got everyone coming up here.”

Business at the restaurant remains brisk, but has slowed, along with the foreign customers, according to Bowles. When the price of oil plummeted a few years back, local businesses felt some hurt. But many locals also say that the breakneck pace was unsustainable, and the city had strayed too far from being a family-friendly place.

When new fracking techniques were first introduced nearly a decade ago, people came pouring into the area so fast that there just wasn’t enough space for them. Williston’s population tripled, soaring from 14,000 to about 45,000.

Private companies built so called “man camps,” temporary, dormitory-style housing. Then there was the Indoor RV Park in nearby Watford City — you can basically rent a large storage unit to park your RV inside. It’s fairly empty now, but was bustling a few years back.

“If anybody has lived through winter in North Dakota, it’s just cold. So people prefer to live inside if they can,” says Jamie Buckingham, who works at the front office at the RV park. 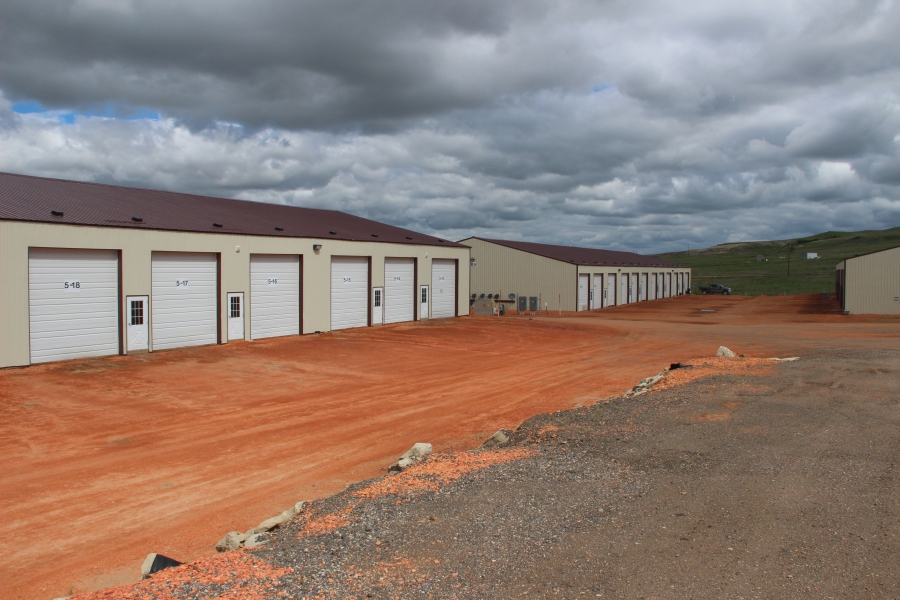 The outdoor RV park in Watford City can hold 160 RVs inside its units, which include water, electricity and sewage.

She says she’s experienced temperatures with wind-chills down to about -50 Fahrenheit.

The oversized storage units only have small window cut-outs in the doors to let in outside light. “You learn how to deal with it,” Buckingham says with a shrug.

So that’s how the area was running for several years: single men living in less-than-optimal conditions, making lots and lots of money. The ratio of men to women was 12-to-1. Williston got a lot of attention for all the things that can go wrong with that social experiment.

“It was the Wild West on steroids,” says real estate broker Tate Cymbaluk, who grew up in Williston.

“An enormous amount of drugs came in, we had prostitution, we had murders. We hadn’t had a murder in this community since the early 80s. Bar fights were frequent, people living in their cars, people renting out their backyards,” says Cymbaluk.

The town hasn’t gone bust since the price of oil fell, as it did after its last oil boom went dry in the 1980s. This time, it’s just kind of returned to somewhat normal. Cymbaluk says unfortunately though, the drugs have remained: “Cocaine laced with fentanyl, methamphetamine.”

I ask Cymbaluk, a father and a Little League coach: Was the sudden growth in his town good, bad, or something in between?

“I think for the most part it was good. It brought some very good people to the community. It brought some change to the community," he says. "There was a period of time when it was very stressful and it was very intense. You were working 14, 16, 18 hours a day, so unfortunately you did miss some of your family events. I think the biggest change was the fact that you would drive down the street and you maybe didn’t know anybody.”

Cymbaluk, who also chairs the Williams County Planning and Zoning Commission, says oil extraction taxes paid for a lot of new goodies: a state-of-the-art high school, a $76 million rec center with indoor surfing — it’s awesome, by the way — a sewage treatment plant, and soon, a new airport slated to open in 2019. 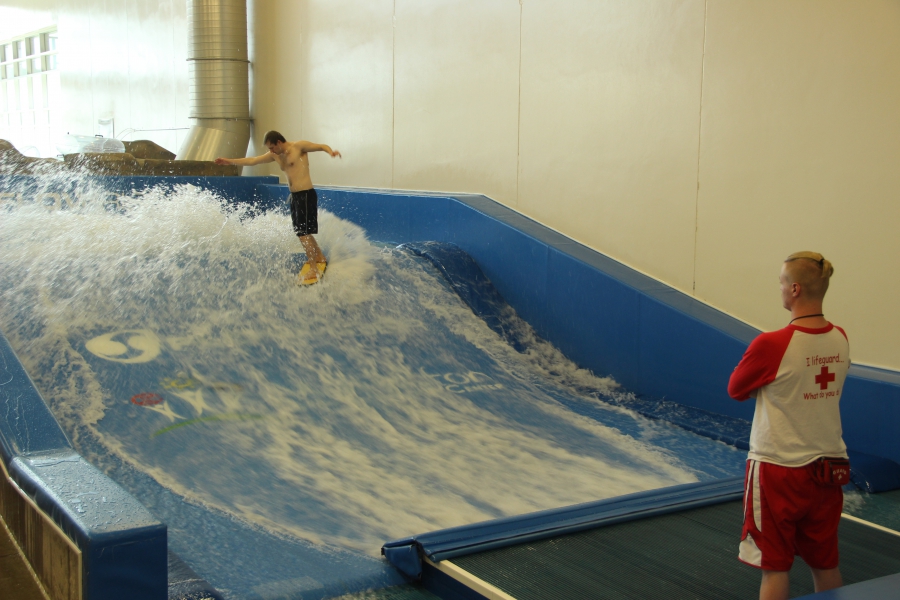 Indoor surfing at the $76 million Williston Area Recreation Center, touted as the largest city-owned rec center in the country. It opened in 2014.

The city now has to maintain its new infrastructure. It’s going to be a challenge with less oil money flowing in, but the mayor, Howard Klug, says he welcomes the slowdown.

“A breath-catcher is the way we’re thinking about it here in Williston,” says Klug.

At one point, Klug was trying to communicate with foreign workers in three languages. “I didn’t speak them very well, but it was a little bit of Russian, Spanish, and then obviously English,” he says.

Those were some big changes for an area that, until the boom, was more than 90 percent white, non-Hispanic.

Klug is certain though, that overall the boom was good for his city. But if Williston wants to keep growing, it needs to keep drilling.

“We’re ready for the next phase of this oil,” says Klug, “They tell me it’s going to be a 40-year play so we’re into the first 10 years of it. There are still lots and lots of wells to be drilled.”

For the mayor, those wells mean new streetlights, roads, and basketball courts. For environmentalists, they mean more greenhouse gas emissions and risks to groundwater associated with fracking.

When the price of oil does pick up, you can bet on it: workers will stream in from across the globe, protesters will show up too, and the tiny town of Williston will be booming again, at least until it isn’t.