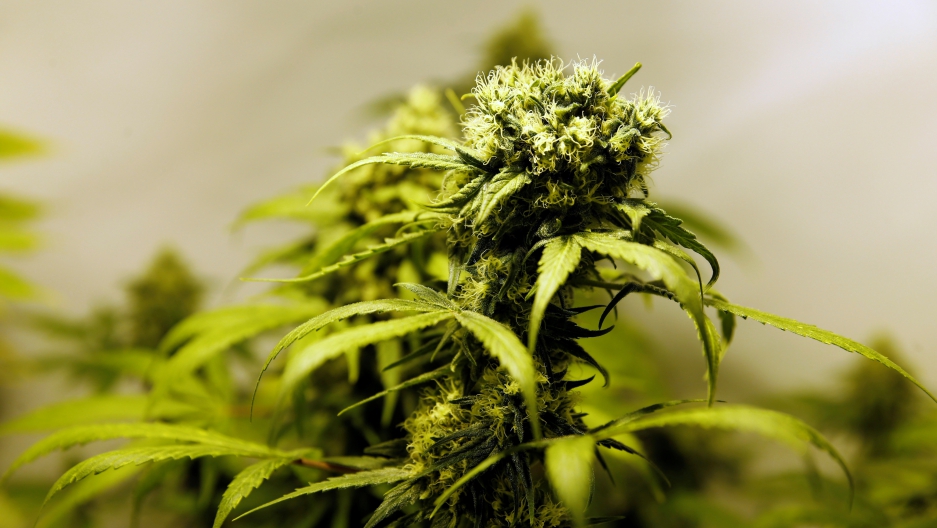 Pharmacies in Uruguay started selling marijuana Wednesday under a four-year-old law that has made the small South American country the first in the world to legalize pot from production to sale.

At a pharmacy in Montevideo's old town, five customers were waiting to buy when the store shutters went up at the start of the day.

"I've been smoking since I was 14. Let's give it a try," said a 37-year-old man who would not give his name or allow his picture to be taken.

The pharmacist who sold the marijuana would not give her name either. She said it was just a service and expressed hope that her business would not suffer.

In all, 16 pharmacies have been authorized to sell marijuana under state controls, barely enough to cover a country of 3.5 million people.

No major pharmacy chain has agreed to sell the drug.

Many pharmacies have been unwilling to become points of sale for the drug, because of concerns about security and doubts that the small market of registered users is worth the trouble.

Only about 5,000 people, most of them age 30 to 44, have signed up as prospective buyers since Uruguay's state registry opened in early May.

Walk-in sales are not allowed under the law, and only residents of Uruguay can register to buy pot — thereby preventing marijuana tourism.

The pharmacy sales are the last of three phases set out under the 2013 law.

Under the early phases, nearly 7,000 people registered to grow weed at home, and more than 60 smokers' clubs have been authorized.

Only two companies were authorized to produce marijuana for pharmacies — under military protection, and with no public access.

The state Institute for the Regulation and Control of Cannabis (IRCC) has authorized the sale of two types of marijuana, to be sold in five-gram packets.

On Monday, the National Drugs Council tweeted an image of what the packages would look like: blue-and-white sealed sachets that look something like condom packets.

An "Alfa I" package contains "Alfa I variety cannabis hybrid with Indica predominant."

Another sort has "Beta I variety cannabis" with Sativa. The levels of THC — the psychotropic constituent in cannabis — are listed on the outside of the package, for consumer information.

The packets also bear a "Warnings" section about the risks of consuming marijuana and recommendations on how to do it more safely.

The buyers who talked to AFP reporters all said they had bought 10 grams of pot, a packet of each variety on sale.

The packets are being retailed at $6.60 each, according to the IRCCA.

Customers are identified through a digital fingerprint reader, which allows them to buy without having to show other forms of identification in the store.

Uruguay's goal in legalizing the sale of marijuana for recreational use is to cut down on illegal smuggling.