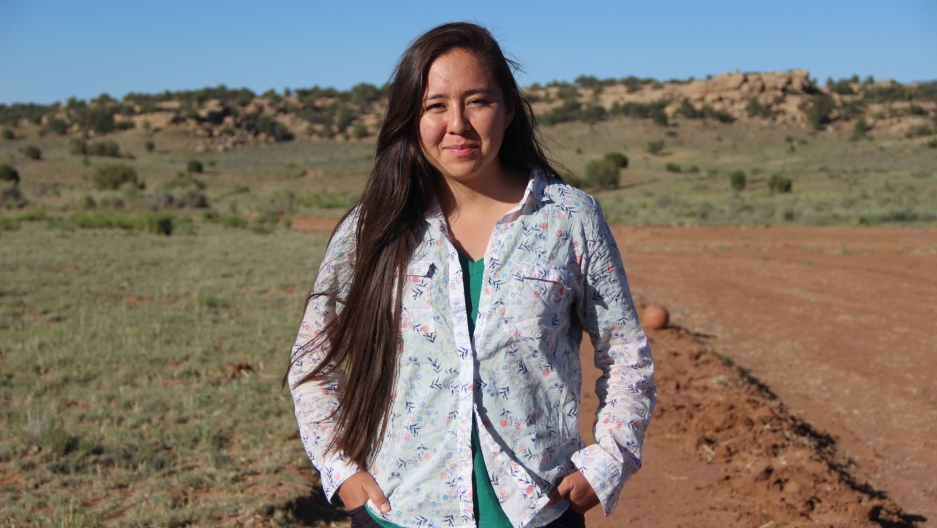 Jessica Keetso, 28, has been advocating for the water rights of Black Mesa residents for years.

Jessica Keetso’s long dark hair nearly touches the ground as we sit on her family’s land.

Low hills of sage brush unfurl in front of us, interrupted only by the family’s traditional Navajo home and their animal corrals.

“This land has been in our family for about eight generations,” Keetso said. “And we’ve grazed sheep and horses and cows on this land since we first came here.”

There are no neighbors for miles around out here on the Navajo reservation, in northeastern Arizona. There’s also no electricity or running water. A few times a week Keetso, 28, or her dad spends half a day in their truck, hauling water from the nearest well in a 425-gallon tank.

Navajo power plant likely to close, despite Trump's promises to save coal

For one Navajo family, a coal power plant has preserved a way of life

Inside the family’s traditional hogan, there are buckets and basins for hand-washing and used cooking water. Near the stove, two five-gallon jugs of water hold drinking and cooking water. The crowded kitchen is a reminder that out here in the desert, water can’t be taken for granted. 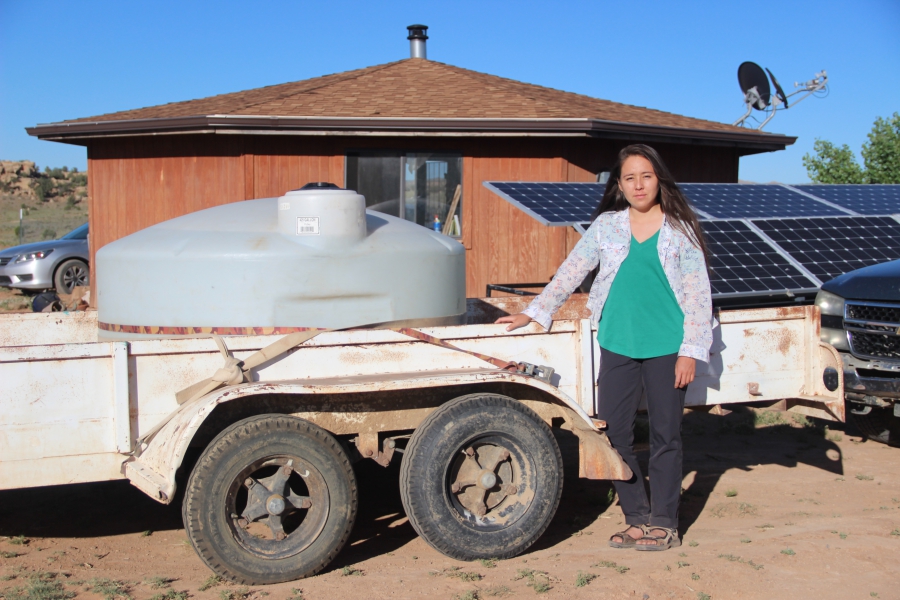 In the desert, water usage has long sown conflict

Water is the root of this family’s concern about the Navajo Generating Station, the mammoth, 2,250-megawatt coal-fired power plant that’s been a big part of the landscape here on the Navajo nation for 40 years.

Others criticize the plant as a major air polluter. It’s one of the biggest single sources of greenhouse gas emissions in the country.

But for this family, and other native activists who live on Black Mesa, it’s all about how the coal mine that supplies the plant uses water.

“Peabody just has used a lot of our water,” Keetso said.

Peabody Energy owns the nearby Kayenta mine that is the sole supplier of Navajo Generating Station’s coal.

Until 2005, the company pumped more than 3 million gallons of water a day from the same aquifer that lies under Black Mesa, using that water to process and transport coal.

Keetso’s dad, Marshall Johnson, started to worry about that after Jessica was born.

“It made me realize that she had to have water,” Keetso said. “Her kids, her grandkids have to have water. If these operations continue, they will not have no water source.” 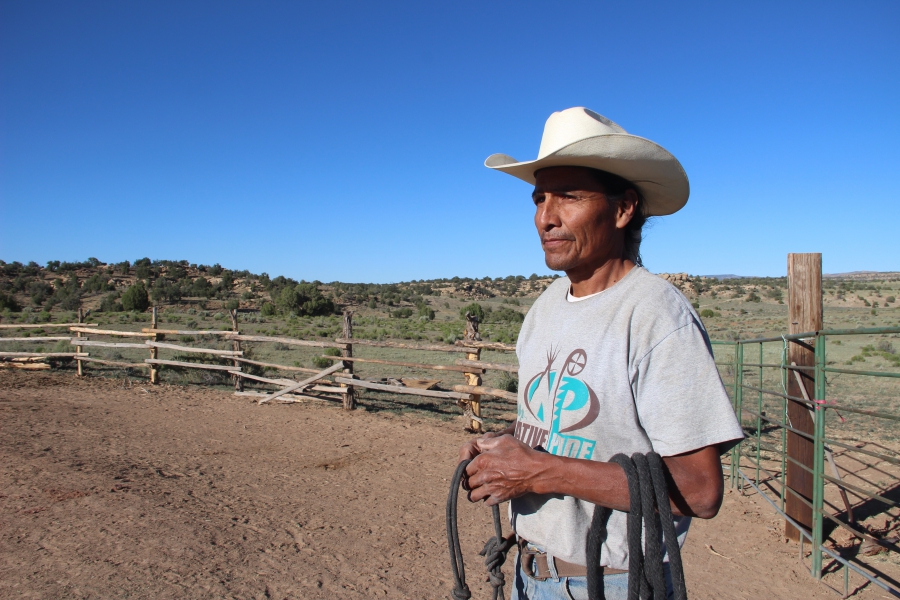 She has helped organize rallies, speaks at community meetings and lobbies the Navajo leadership to give up coal and transition to renewable energy.

Impact on water is controversial

Peabody Energy has cut its water use by 70 percent over the last decade or so. But it still uses about a million gallons a day.

The company says 50 years of studies show their water usage hasn’t damaged the aquifer. And federal scientists say their long-term monitoring of four springs on Black Mesa show no impact to surface water supplies either.

But Keetso doesn’t think that data tells the whole story.

“The impacts that Peabody has had are visible,” Keetso said. 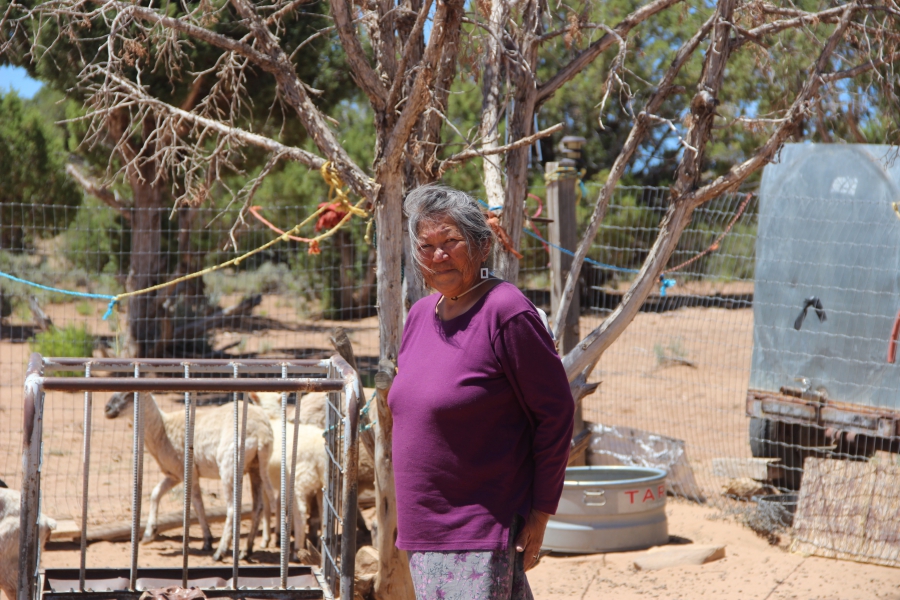 Lena Henley tends to her sheep in their pen.

She says springs on Black Mesa have dried up, and that claims to the contrary ignore the knowledge of local elders who have seen the change — people like her grandmother, Lena Henley, 70, who remembers taking sheep out to desert washes on summer mornings when she was a little girl.

“Water was seeping out of the sand and the rocks, it was running like a river,” Henley said. “It seems like we had a lot of water in those days.”

Henley still has sheep, and weaves rugs out of their wool. She now gives them water in barrels, from supplies Keetso or other family members bring her from trips to the community’s well. She says she doesn’t see much water from the ground anymore.

“When it rains, or when it snows, we usually see water, but it’s not coming out like the way it used to be,” Henley said.

Henley and her family are hoping that will change. That’s because after more than 40 years in operation, the power plant may finally be closing. Not because of the water issue, or air pollution. But because the coal plant can’t compete with electricity from cheap natural gas.

A Peabody Energy spokeswoman said the company is working with the owners toward a transition allowing operation well beyond 2019. But if that doesn’t happen, the plant could shut down for good, and Kayenta mine would likely close as well.

For a lot of people in this isolated corner of the country, that’s bad news. The closures will mean hundreds of high-paying jobs and millions of dollars in revenue will disappear.

“We don't want any of those things,” said Keetso, who recognizes the downsides to the plant and mine closing.

“But from an environmental standpoint, we would like to keep living here, and in order to do that our environment needs to be healthy. Water is everything in this region. If there’s no water, we’re not going to be able to survive. ”