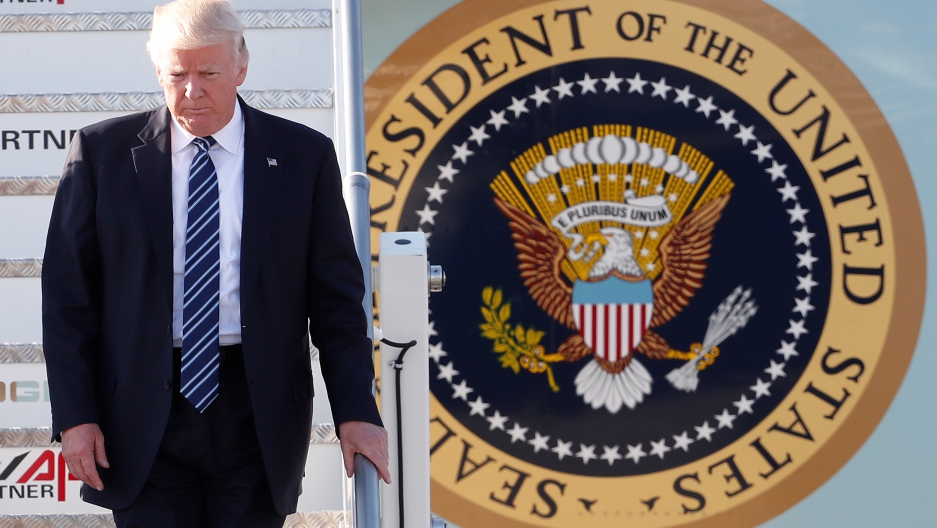 The US State Department laid out plans Tuesday to put "America first" and to slash Washington's budget for diplomacy and foreign aid by more than 30 percent.

If the proposed cuts are approved by US lawmakers, the State Department and USAID budget for 2018 will be $37.6 billion, down from an estimated final 2017 spend of $54.9 billion.

"This budget request reflects the president's 'America First' agenda," Tillerson said, in a statement released in Washington while he and Trump flew to Rome from Jerusalem.

Tillerson promised that this agenda "prioritizes the well-being of Americans, bolsters US national security, secures our borders, and advances US economic interests."

Nevertheless, confirmation of the planned cuts would dismay many diplomats and policy experts, who see US soft power waning at the expense of ballooning military spending.

The deepest cuts will hit foreign assistance programs and America's contributions to international organizations like the United Nations and its global peacekeeping budget.

Despite the huge topline budget cut, the plan does not foresee a major cut in the State Department's quota of US-hired staff, which will drop only 200 to 27,950 posts worldwide.

Counterterrorism and the battle against international organized crime fare much better, and the budget requests $5.6 billion for the fight against ISIS.

American lawmakers, who have the final say on the federal budget, are unlikely to approve it in full, fearing that it will damage US leadership across many key areas.

Senator Ben Cardin, the ranking opposition Democrat on the Foreign Relations Committee, warned that the budget was already "dead on arrival" on Capitol Hill.

Republican Linsey Graham highlighted planned cuts to embassy security measures and warned it could lead to a repeat of the deadly 2012 attack on a US compound in Libya.

"If we implemented this budget, we'd have to retreat from the world and put a lot of people at risk," said the senator, who sits on the relevant Senate Appropriations Committee.

"A lot of Benghazis in the making if we actually implemented the State Department cuts," he warned starkly.

But, whether or not the most draconian cuts are approved, Tillerson's proposal does show the direction Trump plans to take US foreign policy in the months to come.

Just two days before Trump attends the NATO summit in Brussels, the budget proposal shows he is serious about forcing US allies to pay more for their shared defense.

And it envisages dramatic cuts to US support for United Nations peacekeeping, even as US Ambassador Nikki Haley presses UN members to review ongoing missions.

"The financial year 2018 request includes reductions in anticipation that allied nations will provide a more equitable cost-share," the budget document says of NATO.

"It will eliminate or reduce payments to ineffective or inefficient organizations," it warns.

Haley has said that she would like to see the proportion of the cost of UN peacekeeping borne by American fall from 28 to 25 percent, and for some operations to be halted.

The budget line for "contributions to international peacekeeping activities" would fall from $665 million to $268 million — a drop of almost 60 percent.

The budget document confirms that this will fall short of the amount UN members have assessed as Washington's share, suggesting a UN General Assembly budget showdown to come.

And it warns that Washington will only back "UN peacekeeping operations that have proven their overall effectiveness in advancing our national interests."

But Haley, who will have to defend the cuts at the UN, declared her support for Trump's measures, vowing that the US will remain a leading donor of humanitarian aid.

"However, we must review how we fund and hold international organizations accountable to ensure taxpayer dollars are spent wisely," she said.