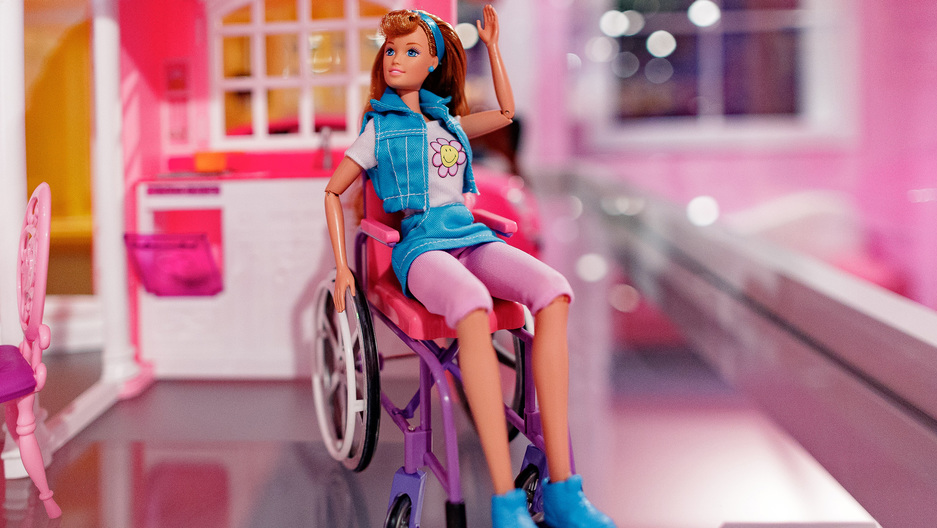 This Becky-Barbie doll was on display at an exhibition in Madrid, Spain.

Mattel made a similar statement in 1997 when it introduced “Share-a-Smile Becky,” a Barbie friend who used a wheelchair — but that time, the toymaker’s efforts didn’t go quite as planned.

Related: Barbie typewriter toys had a secret ability to encrypt messages — but they didn't think girls would care

With her shiny pink wheelchair and tiny backpack, Becky was an instant hit. As many as 6,000 dolls were sold in the first two weeks, and disability advocates praised Mattel for bringing visibility and representation to wheelchair users.

But the warm, fuzzy feeling didn’t last. Kids and collectors soon discovered that Becky’s wheelchair didn’t fit through the doors of the Barbie Dreamhouse — that pink-swathed epicenter of Barbie’s social world. The chair couldn’t squeeze inside the house’s elevator, either.

At the time, Mattel responded to the controversy by saying that the company was “looking at the accessibility of all Barbie accessories.” But as producer Renee Gross reports, that’s not the end of Becky’s lesson about disability and inclusivity.

Recently, Gross brought a “Share-a-Smile Becky” doll and a brand-new Barbie Dreamhouse to Monique Kulick, an accessibility advocate based in Ann Arbor, Michigan. As it turns out, Becky’s wheelchair still doesn’t fit in the Dream House elevator, 20 years later.

“There's absolutely no way,” Kulick says. “It won't even fit with her legs sticking out. So pretty much in this house, Becky could go to the kitchen.”

And even then, she says, there would still be problems. “If this were Becky's house, her kitchen would have a clear space under the sink so she could roll directly up to it. Dishwashers are normally for an accessible kitchen and universal. They're raised, so that that bottom rack, you don't have to bend down so far for the bottom rack.”

The bottom line? Mattel never changed the house, Gross says. “But what did change was Becky.”

She explains that "Share a Smile Becky" became "Becky, I'm the School Photographer," then "Sign Language 'I Love You' Becky" and then "Paralympic Becky."

Finally, Becky disappeared from shelves altogether — but not before Mattel reportedly considered making her wheelchair smaller, so she could fit through the doors of Barbie’s house.

“A lot of the talk about why Becky doesn't exist anymore in any iteration is that it was too complicated to redesign Barbie world to fit Becky,” says Karin Hitselberger, who has blogged about the Becky dolls she had as a child. “So, they just got rid of her.”

For Hitselberger, who has cerebral palsy and uses a wheelchair, Becky’s story “speaks volumes to the way we think about disability.”

“A lot of the ways we think about disabilities, we talk about ‘fixing disability,’ instead of focusing on ‘fixing society,’” she says.

This article is based on a story that aired on PRI's Studio 360 with Kurt Andersen.