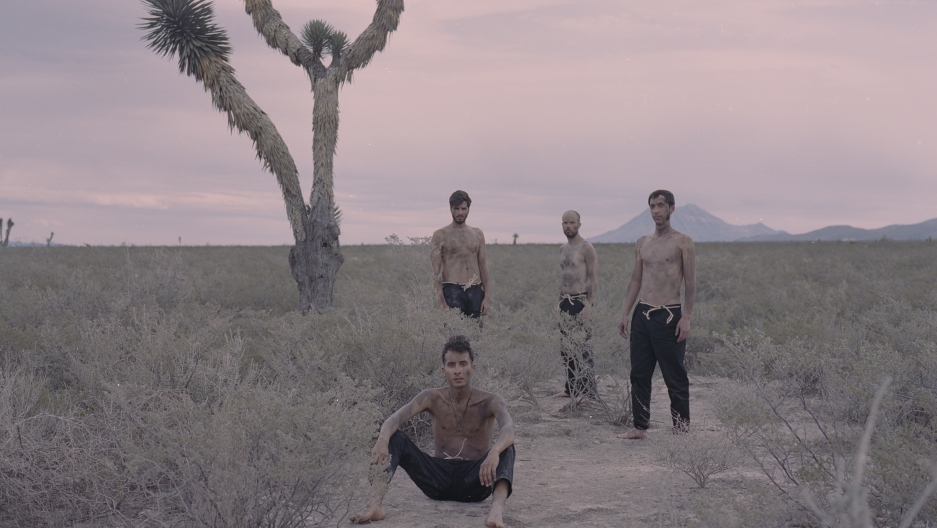 Members of the band La Vida Bohème are shown here.

The headlines out of Venezuela today are all about the political power struggle there and the clashes between security forces and anti-government protesters.

But behind those headlines, other serious problems go unnoticed.

Venezuela is now one of the most dangerous countries on Earth. But the thing is, it's been getting worse and worse for a while.

Just ask the members of the band La Vida Bohème who left Venezuela a few years back. (We actually had them on our program before they were thinking of leaving).

"Our booking agent in Venezuela had just been kidnapped and murdered," says Henry D'Arthenay, the band's lead singer. "Our manager back then had been kidnapped also, like a few months after. It just seemed to be very close to us, the fire."

Guitarist Daniel de Sousa agrees. If they had stayed in Venezuela, it would've been impossible to still be a band. "People stopped going out at night, like 90 percent of the people you didn't see them at night," he says. "So it was very difficult to make a living out of anything that related to music."

This all took place about four years ago. President Hugo Chávez had died, and Nicolás Maduro had just been elected his successor. Violence had already been spiraling out of control, and things were getting worse as the country entered a recession.

D'Arthenay says, "When you're in a situation like that, you can either stay and endure the economic [troubles], the violence, the stress. And even, I think, the hopelessness of seeing that things are not changing. Things escalate...It's been getting worse and worse and worse."

In 2014, La Vida Bohème took off for Mexico City. And that's where they recorded their latest album, "La Lucha," which means "the fight."

And even though there's violence in some parts of Mexico City, too, de Sousa says it was a place to recharge and regroup. "It was like, a way to escape from where we were living and to another place that wasn't that different from where we live in that kind of way. We speak the same language, and the culture is very similar in some way. So, living in Mexico for us has been like less difficult than another place I think."