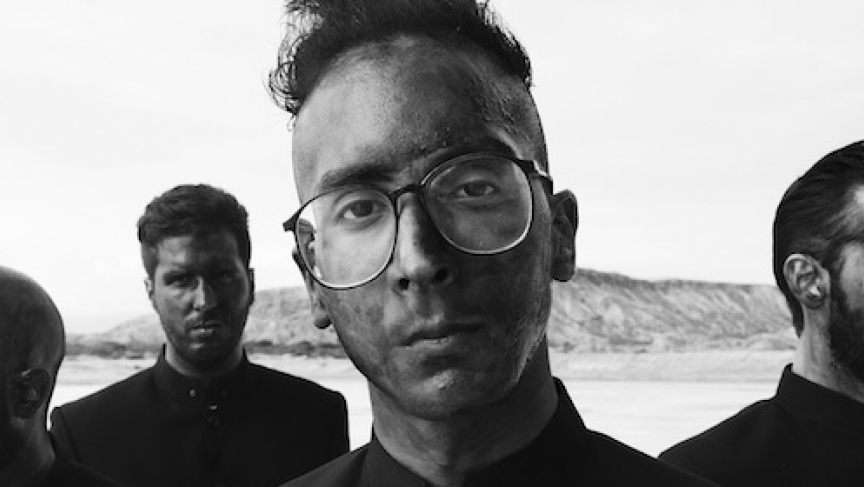 What began as student protests in Venezuela turned large and violent in the last few weeks. Tens of thousands of people have taken to the streets all over the country, protesting soaring murder rates, crippling inflation and the scarcity of essential goods. Amidst this turmoil, the music of the Venezuelan rock band La Vida Boheme has surged in popularity, becoming the unofficial soundtrack to the protests.

The band’s Grammy Award-winning album Será came out nearly a year ago — several weeks after the death of former president Hugo Chávez — and long before the recent protests. Yet the music has struck a chord with Venezuelans now out in the streets. One song in particular, “Aún” (“Still”), has become a sort of anthem for the movement:

"A lot of things that are captured in Será is the despair that we are living here, a country that has so many deaths," says lead singer and songwriter Henry D’Arthenay. Over 24,000 violent deaths last year, he says.

La Vida Boheme has not been immune to the violence. Its manager and tour manager have been kidnapped and its booking agent was murdered. D'Arthenay says nearly everyone in Venezuela has touched by the violence.

"The violence transcends party politics," he says. "And most of the protestors, aside from being angry at the government, drink from the angst of living in such a hostile environment with so many odds against you."

Like many in Caracas, D’Arthenay is staying in his house as much as possible for safety. He has been voicing his opposition to the government’s violence against protesters on Twitter, and working to find hope. “I do believe that this will come to a positive, non-violent outcome. We have to build a country where each and everyone has a chance to realize themselves as human beings.”

Young Venezuelans have been sharing La Vida Boheme’s lyrics on social media. When messages of inequality and injustice reach the masses via social media, D'Arthenay says, "it makes people feel more a part of the human race and less of one country, one nationality."

This story includes material from "The Soundtrack to Venezuela's Student Protests," which aired on Studio 360, PRI's weekly program on pop culture, design and the arts.