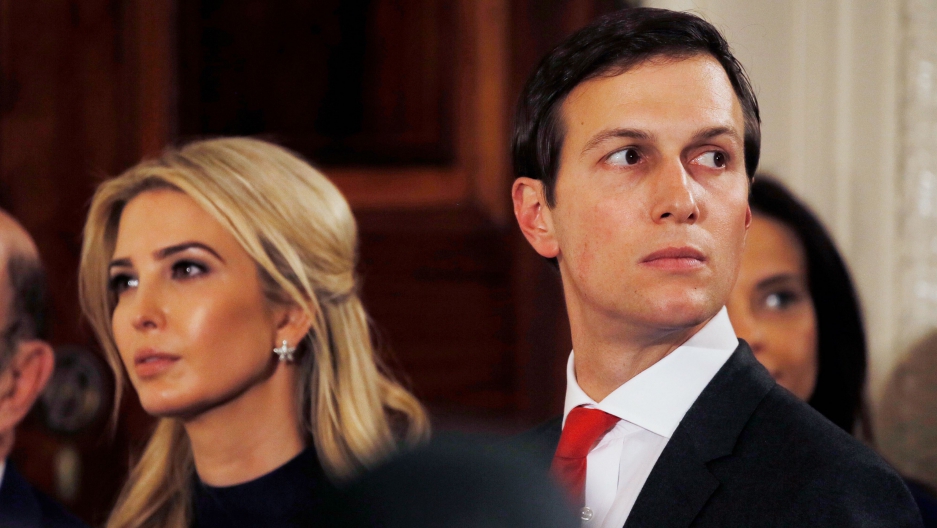 Ivanka Trump and her husband Jared Kushner watch as German Chancellor Angela Merkel and US President Donald Trump hold a joint news conference in the East Room of the White House in Washington, on March 17, 2017.

Donald Trump's son-in-law and top aide Jared Kushner will appear before a Senate panel investigating Russian interference in the US election, the White House said Monday.

Kushner, 36, was Trump's main intermediary with foreign governments during the 2016 election campaign and now plays that role in the White House.

But it is his contacts with Russian officials that are now coming under the microscope, amid explosive allegations of collusion between the Trump campaign and the Kremlin.

US intelligence has concluded that Russia launched a broad-ranging campaign designed to help Trump win the election.

"Throughout the campaign and transition, Jared Kushner served as the official primary point of contact with foreign governments and officials," a White House official said.

"Given this role, he has volunteered to speak with Chairman Burr's committee, but has not yet received confirmation," the official said, referring to Senator Richard Burr of North Carolina.