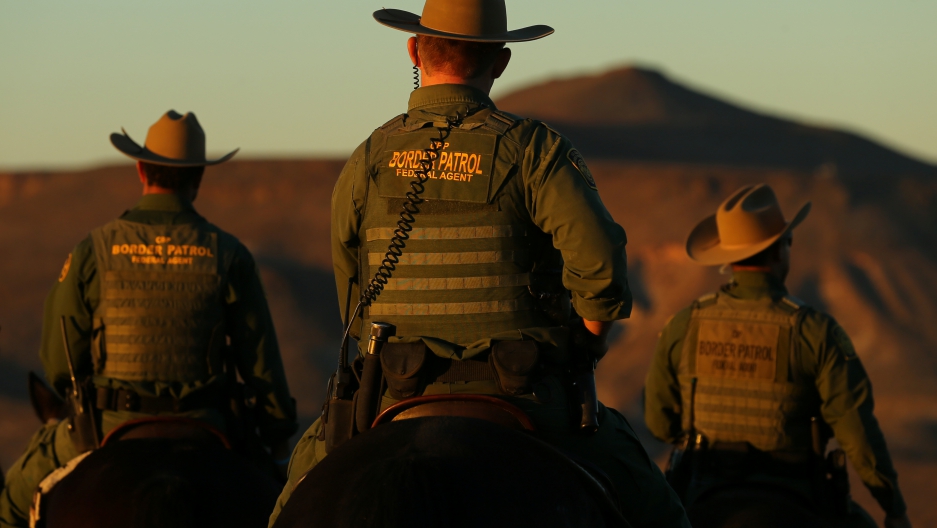 US Border Patrol agents from Boulevard Station, nicknamed the "East County Regulators," head out on patrol near Jacumba, Californiain November, 2016. President Donald Trump said in remarks on Wednesday at the Department of Homeland Security, which houses the Border Patrol, that he plans to increase the size of the agency.

Mr. President, As you increase immigration enforcement, will you make public information about detentions and deportations? #100Days100Qs

A draft of Donald Trump's executive order to stop and change how immigrants and refugees are treated in the visa-issuing process has a directive near the end that the Department of Homeland Security provide regular data on foreign-born people in the US who are convicted of terrorism-related crimes or gender-based violence. The Los Angeles Times and other outlets have released this draft, and it reads:

Sec. 11. Transparency and Data Collection. To be more transparent with the American people, and in order to more effectively implement policies and practices that serve the national interest, the Secretary of Homeland Security shall, consistent with applicable law, collect and make publicly available within 180 days, and every 180 days thereafter:

(c) information regarding the number and types of acts of gender-based violence against women or honor killings by foreign-born individuals in the United States.

One of the executive orders Trump signed yesterday has required the attorney general collect data on the immigration status of those in federal or state prisons. No question, government transparency should generally be applauded. But when data is limited, the effect is indeed the opposite of transparency. This data appears to exclude transparency on immigration detention.

Research institutes, nonprofit organizations and news organizations have spent years on costly lawsuits in attempts to access information about the US government's actions regarding immigration detention and deportation. They have done so during the Obama administration, and will likely continue to do so in the Trump administration.